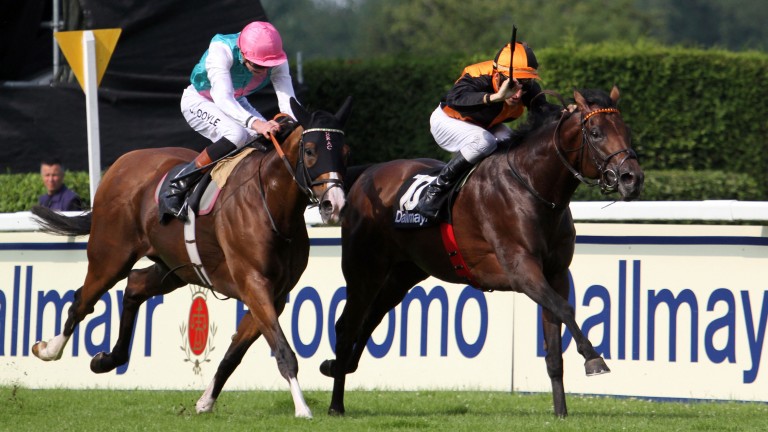 Andreas Lowe, who won five Group 1 races as a trainer in Germany, handed his licence to Andreas Suborics at the start of 2017 and has started a new venture as a bloodstock agent under the business name Andreas Lowe Thoroughbred Services.

Lowe said on his new website www.vollblutservice.de: "With my new company I offer my services in all threads of thoroughbred training and breeding.

"Mainly I will act as a thoroughbred agent as my activities at the sales are a very successful passion of mine."

As a trainer, Lowe won 1,163 races on the Flat and 25 over jumps, and among those victories were five at the highest level, and seven victories in the German Classics.

Both Lucky Lion and Amaron won Group 1 races for Lowe, and have since been been retired to stud.

Amaron, a Group 1 winner in Italy, was bought at the Tattersalls December Yearling Sale for 105,000gns by Lowe for Winterhauch Stable in 2010.

FIRST PUBLISHED 12:51PM, FEB 12 2017
Mainly I will act as a thoroughbred agent as my activities at the sales are a very successful passion of mine