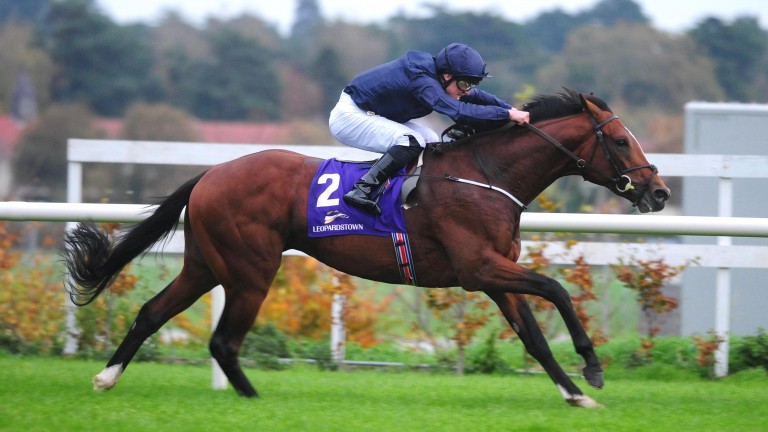 The National Stud has added another new recruit to its stallion roster, with Galileo's Irish St Leger-winning son Flag Of Honour to take up residency at the Newmarket operation as a dual-purpose sire for the 2020 breeding season.

"We are delighted to offer Flag Of Honour as a dual-purpose prospect on behalf of Mr Trevor Hemmings' Gleadhill House Stud," said Tim Lane, director of the National Stud.

"He ticks a lot of the right boxes for breeders; he is a Group 1 Classic-winning son of the great Galileo, and had the speed to win at Group level as a two-year-old before developing into a high-class three- and four-year-old.

"He showed tremendous class, toughness and consistency throughout his career. We feel there is definitely a gap in the market in Britain for a horse of his calibre."

Flag Of Honour won five of his 16 outings for Aidan O'Brien and the Coolmore partners, with his most notable victory coming at three in the 2018 Irish St Leger, in which he made all before seeing off Irish Derby hero Latrobe and other classy types such as Weekender and Idaho by a comfortable two and three-quarter lengths. 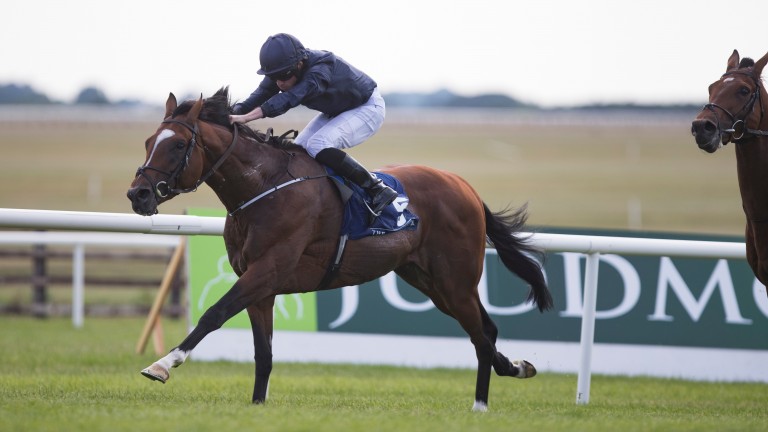 Flag Of Honour: son of Galileo lands the Group 1 Comer Group International Irish St Leger
Patrick McCann
After that victory his trainer said: "Ryan [Moore] said he's a very uncomplicated horse and a very genuine one and that he really quickened when he wanted him to."

He also won the Group 2 Curragh Cup and the Group 3 Irish St Leger Trial Stakes during a productive three-year-old campaign. At two he broke his maiden by four and a half lengths and, less than a month later, landed the Group 3 Eyrefield Stakes.

Flag Of Honour finished runner-up to Magical on three occasions during his four-year-old campaign, most recently in the Group 1 Tattersalls Gold Cup.

O'Brien said of his former charge: "Flag Of Honour was a very tough and genuine horse that handled all types of ground."

Bred by David and Diane Nagle's Barronstown Stud, Flag Of Honour is out of the winning Warning mare Hawala, making him a half- or full-brother to no fewer than 11 winners, among which are four black-type performers.

Flag Of Honour will stand alongside the National Stud's Flat sires Aclaim, Rajasinghe, Time Test and the exciting new recruit Advertise. A fee for Flag Of Honour and the stud's other stallions will be announced at a later date.

FIRST PUBLISHED 5:29PM, NOV 7 2019
We feel there is definitely a gap in the market in Britain for a horse of his calibre