Classic hopes put their credentials on the line in trial 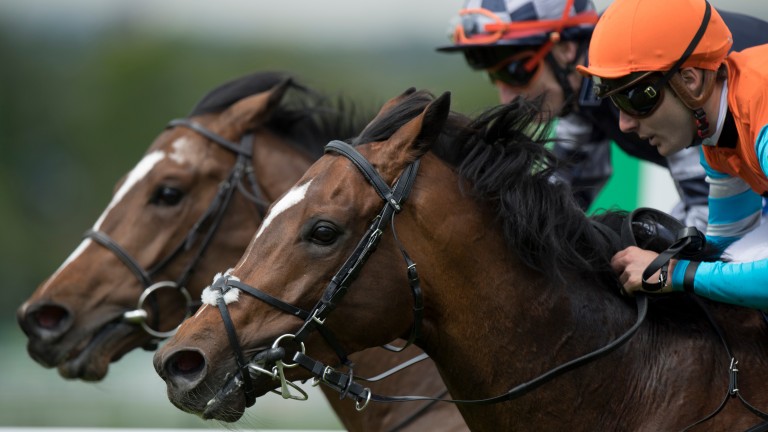 The Bet365 Classic Trial at Sandown on Friday will see a host of well-bred horses bid to further their credentials ahead of Classics later in the season.

Among those set to contest the race are Sevenna Star, a son of Redoute's Choice who broke his maiden impressively at Windsor earlier this month, and Hunting Horn, who is from the family of the late High Chaparral.

Away from the Flat, Towcester will see the debut of Deadringerforlove, a half-sister to 2017's Timico Cheltenham Gold Cup hero Sizing John. Out of the Northern Crystal mare La Perrotine, she is by Shade Oak Stud resident Black Sam Bellamy.

In today's issue: Gary Frazer is targeting Saturday's Godolphin Crown with Spright and Tabcorp has swooped to secure In Her Time for this year's The Everest.

Ollie O'Donoghue profiles five budget stallions who have made hay at this year's breeze-up sales. Read the full story here

"Bearstone Stud have played a hand in both of Gregorian's winners so far as they bred and sold Gypsy Spirit to Tom Clover for 6,000gns and consigned Aerosphere as a yearling at the same sale"

Aerosphere swoops in to give Gregorian another winner

Rathasker Stud have hit the money with their first-season sires this year with Gregorian posted his second winner on Thursday. The son of Clodovil had registered a first scorer when Gypsy Spirit won on Monday. The sires seem to be in flying form and it surely won't be long before Es Que Love gets himself off the mark.