Classic colts can be found at both ends of the market 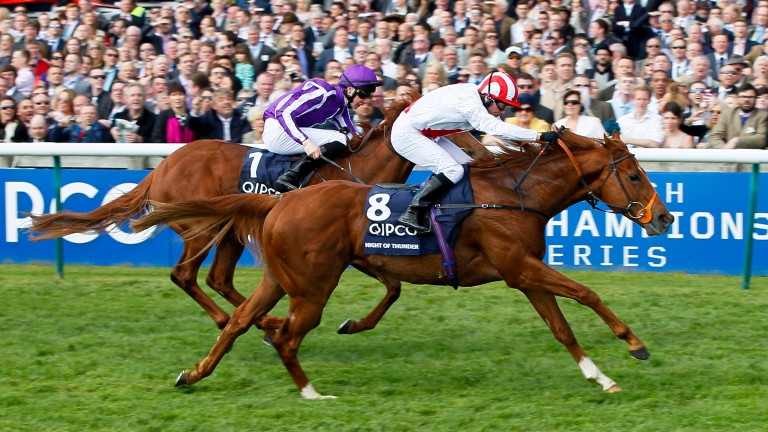 Money may not be able to buy you happiness - but something it might get you, should you know where to look, is arguably the next best thing: a 2,000 Guineas winner.

Over the last 20 years, a sample that loosely represents the modern market, 11 winners of the Newmarket Classic have been sourced at public auction. And, despite the prestigious nature of the prize on offer on Saturday, not all of those have cost as much as you might expect.

Two from the very lowest rung of the ladder were not initially sourced with racing in mind, but rather pinhooked from the foal sales. The 2007 winner, Cockney Rebel, went through two pairs of extremely shrewd hands before making his name on the racecourse. Picked up for just 15,000gns as a foal at Tattersalls November, when signed for by Paul and Sara Thorman’s Trickledown Stud, the son of the unheralded Val Royal was sold on to agent Bobby O’Ryan at Doncaster some ten months later for £30,000.

The most recent addition to the list was last year’s winner Galileo Gold, who failed to find a buyer at just 7,500gns when initially offered as a foal. Amanda Skiffington saw beyond whatever had put off buyers at Park Paddocks with sufficient confidence to part with the still relatively modest sum of €33,000 for the son of Paco Boy at the Tattersalls Ireland September sale.

Makfi (noseband): was bought as an unraced two-year-old for 26,000gns
Martin Lynch

Dubawi's two winners were also secured for very reasonable prices. The most recent, Night Of Thunder - who defeated Kingman to land the 2014 renewal - was bought by Jono Mills of Rabbah Bloodstock for 32,000gns out of Tattersalls Book 1 at a time when his sire’s yearling colts were averaging 133,300gns (a figure which had increased seven-fold by the 2016 sales season).

The 2010 winner, Makfi, has the unusual distinction of representing both those sourced at public auction and those crafted by the hand of an owner-breeder. Culled from Shadwell, he was secured as an unraced two-year-old for 26,000gns by French bloodstock agent Hubert Barbe at the 2009 Tattersalls Autumn Horses-in-Training Sale.

But the prize for finding the cheapest yearling to win a recent 2,000 Guineas goes to the venerable David Elsworth, who spent a mere Ir£18,000 (or around £19,240 in today’s Brexit-battered currency) for 1999 winner Island Sands at the Orby Sale. In a somewhat cruel twist, however, Elsworth missed out on the opportunity to reap the benefit of his own shrewdness, the son of Turtle Island having switched to the yard of Saeed bin Suroor before defeating Enrique by a neck.

Eight of the last 20 renewals of the 2,000 Guineas have gone the way of Coolmore-owned colts - and five of those were signed for at public auction by one man, Demi O’Byrne. Despite the vast reserves at Coolmore’s disposal, moreover, by no means all required "the lads" to dig too deep.

The cheapest of their purchases is Footstepsinthesand, the son of Giant’s Causeway requiring a bid of just 170,000gns at Tattersalls October before he went on to crown a brief but immaculate career in the 2005 running.

In 1995, as Sadler’s Wells was approaching the peak of his breed-shaping powers, O'Byrne signed for two of his sons at Tattersalls: a yearling out of Exclusive Order at 600,000gns at the old Houghton Sale and a foal out of Zummerudd for 250,000gns at the December Sale. The former became known as Entrepreneur and the latter King Of Kings, winners of the 1997 and 1998 2,000 Guineas respectively.

O’Byrne’s most recent winner was Camelot in 2012. The subsequent Derby winner, who has his first foals on the track this season, is described by his purchaser as the best-looking yearling he ever saw and must be counted well bought at 525,000gns. 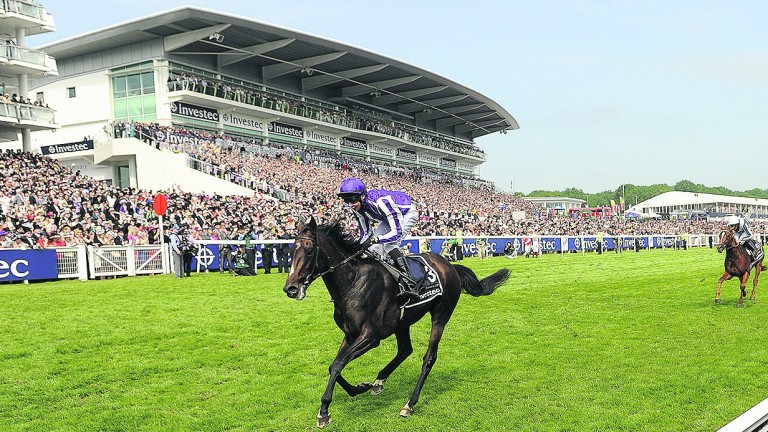 Camelot: was bought by Demi O'Byrne for 525,000gns
Edward Whitaker

But eclipsing those by some way was George Washington, the charismatic but ill-fated son of Danehill who topped Tattersalls Book 1 in 2004 at 1,150,000gns - the only seven-figure buy to have won the Classic in the last years, and Coolmore’s best according to Racing Post Ratings.

George Washington ran to 127 in defeating subsequent Derby winner Sir Percy by two and a half lengths. But it was a horse who cost significantly less than "Gorgeous George" who ranks as the best recent Guineas winner found at auction on RPRs.

In 1998 Charlie Gordon-Watson was at the August yearling sales in Deauville, just a stone’s throw from the parasol-filled beach. Here the agent purchased a colt from the third crop of the influential Kingmambo for 2.3 million French francs (roughly £295,195). The colt, subsequently named King’s Best and placed under the tutelage of Sir Michael Stoute, was sent off third favourite in 2000.

Under a masterful Kieren Fallon, navigating a passage more spaghetti junction than one-way street, King’s Best readily put three and a half lengths between himself and the iron horse, Giant’s Causeway, to earn an RPR of 131 - a figure which would not be surpassed until the great Frankel graced the Rowley Mile.

In summary, then, recent results suggest that you have about as much chance of buying a 2,000 Guineas winner as you do breeding one, provided you are well able to tell your geese from your swans. But your budget, as we have seen, is not necessarily a limiting factor. And the dividends, with potential stallions, can be enormous.

Seven of the 12 engaged for Saturday’s renewal were sourced from public auctions, with prices ranging from 30,000gns - spent on the fancied Barney Roy as a foal - to the $850,000 spent by Coolmore and Stonestreet Stables on 50-1 shot Spirit Of Valor. But if one of those seven can prevail, connections will rightly feel as though they have beaten the market - no matter what price they paid.

FIRST PUBLISHED 6:00PM, MAY 3 2017
The prize for finding the cheapest yearling to win a recent 2,000 Guineas goes to the venerable David Elsworth