Classic breakthrough is so Precieuse for under-rated Tamayuz 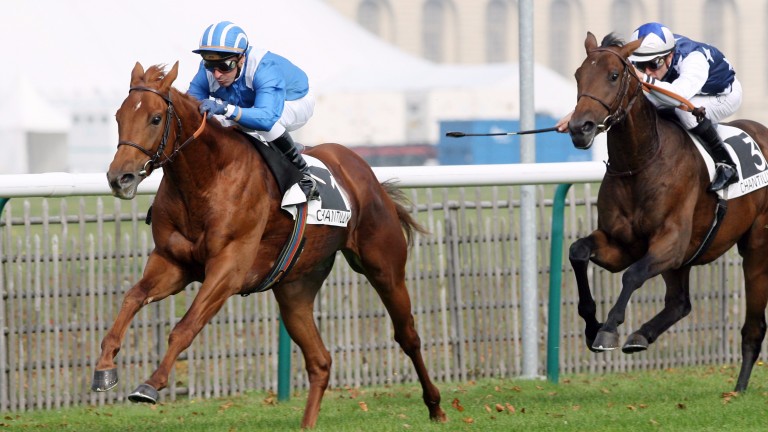 Tamayuz had his finest hour to date when his daughter Precieuse won the Abu Dhabi Poule d'Essai des Pouliches at Deauville on Saturday. But if the Derrinstown stallion was registering his first Classic success, remarkably it was the third in this particular race for the breeders who found due reward for their faith in the 12-year-old sire.

Brendan and Anne-Marie Hayes of Knocktoran Stud also sold Valentine Waltz and Tie Black, winners in 1999 and 2006 respectively, as yearlings. But they had resisted all offers for Precieuse, bred from a daughter of the accomplished runner and producer Zeiting.

"She was a beautiful filly," Brendan Hayes recalled. "Quite a few people wanted to buy her as a yearling but we refused their offers - and fortunately it has worked out well for us. This has been a very lucky race for us, and it's fantastic as we have the soul of an owner-breeder: we own the mare, and the grandmother, and the next mother we owned as well.

"So it's been a long time coming, if you like, but they've been very good to us. They're very genuine, with a high cruising speed. This filly's speed could mislead you a little, into thinking her a sprinter, but I always thought she'd stay a mile. The average winning distance of Tamayuz is nine furlongs.

"We're big fans of the sire. He has had some small crops and that hasn't helped him, because today it's all about big numbers. But with limited chances he's done very well. We feel he's good value and hopefully we've four mares in foal to him."

Happily these include Zut Alors, the 13-year-old dam of Precieuse - and yet another advertisement for Pivotal as a damsire. Her best performer up to now has been the Wokingham winner, Baccarat, by Dutch Art. Though unable to make any impact when she ran in the Pouliches herself, Zut Alors was Group 3-placed and is a half-sister to a number of stakes performers - headed by Scottish, runner-up in the Caulfield Cup last year. Other good winners out of the Listed winner Zeiting include Geoffrey Freer winner Royal Empire and German Group 2-winning miler Combat Zone.

Precieuse is a second elite scorer for Tamayuz following Haydock Sprint Cup winner G Force, though he is also represented by a champion rookie sire in Sir Prancealot. The son of Nayef actually belongs to one of the great modern families, as his dam is a half-sister to Prix du Jockey Club winner Anabaa Blue while the second dam is a half-sister to King's Best and Galileo's magnificent dam Urban Sea.

The homebred Tamayuz, a dual Group 1 winner at a mile during his career with Freddy Head, is down to a fee of €8,000 after starting out at Derrinstown at €15,000.

FIRST PUBLISHED 6:59PM, MAY 13 2017
We're big fans of the sire. He has had some small crops and that hasn't helped him, because today it's all about big numbers.