Aisling Crowe reports from day one of the February Sale 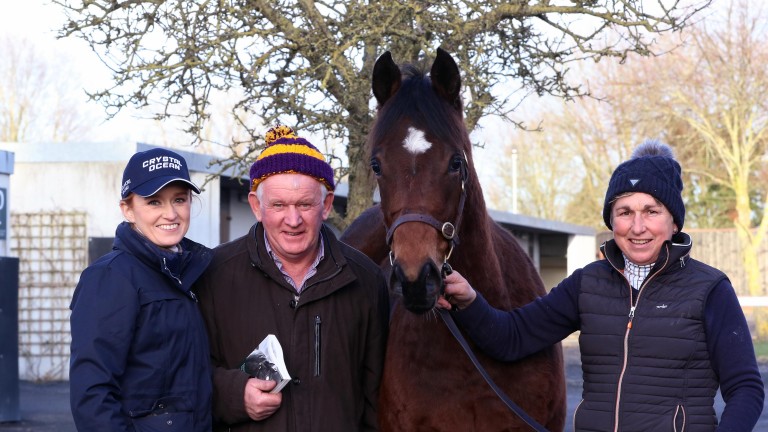 The new stallions on the block were to the fore on the opening day of trading for 2020 at Goffs, with six of the top ten lots during the first session of the February Sale from the first crop of their sire.

The first foals of the European champion two-year-old and dual Guineas winner Churchill were enormously popular at the foal sales and two members of his first crop went under the hammer at Goffs on Tuesday, with one of them achieving the highest price of the day.

The Mangan family's Riverview Farm consigned the colt - the first foal out of the Cape Cross mare Najma - who immediately stood out when the catalogue was released.

He also stood out when the foals arrived at Kildare Paddocks on Monday, a strong colt with size and presence, in the mould of his gorgeous sire.

Auctioneer Bernard Condren opened the bidding at €20,000 and, with bids raining in from all sides, the price quickly raced past €50,000, with Ciaran 'Flash' Conroy of Glenvale Stud holding sway at €82,000. 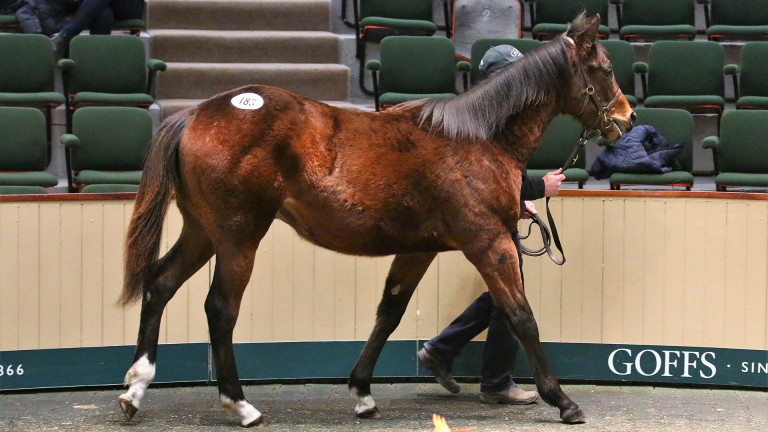 Tuesday's session-topping son of Churchill in the Goffs sale ring

Conroy said: “He is a lovely horse and we liked him a lot, he stood out for us. He will be offered for resale at the yearling sales and hopefully he will develop into an Orby-type horse.

“He is a very strong colt, especially for a first foal, and Churchill is getting outstanding stock.”

Silkwood is a daughter of Wood Vine, an unraced Woodman mare out of the Listed winner Massaraat, who is by Nureyev and a sister to the outstanding Miesque. 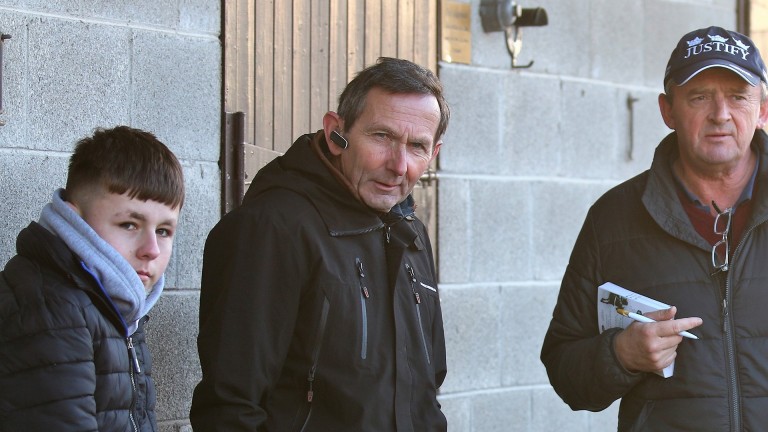 Baroda Stud consigned the only other Churchill colt in the catalogue very early in the sale, and lot 4 made €40,000 to Matt Houldsworth.

Both offspring of Churchill sold at Goffs were out of Cape Cross mares, and the dam of lot 4 is a half-sister to the Group 2 Prix du Gros-Chene winner Beauty Is Truth, a Pivotal mare who has produced Group 1 winners Hermosa, Hydrangea and The United States..

Margaret O’Toole signed for the day’s most expensive filly, a daughter of Darley’s Group 1 King’s Stand Stakes winner Profitable. Lot 64 was consigned by breeder Nanallac Stud and her pedigree received a boost last Saturday as her Dawn Approach half-brother Court House was second in the Listed Winter Derby Trial for John Gosden.

She is also a half-sister to the Listed Bosra Sham Stakes winner Cape Factor by Oratorio. O’Toole purchased the chestnut for €75,000 on behalf of Eddie O’Leary’s Lynn Lodge Stud and she will most likely be seen at the yearling sales.

Towards the end of the session, the only colt in the catalogue from the first crop of Darley’s four-time Group 1 winner and European champion miler Ribchester created a stir. Consigned by Belmont Stud, lot 253 had an appealing American pedigree as his dam Surface Of Earth was bred by the Niarchos family and is a daughter of the recently deceased Empire Maker.

She is also a three-parts sister to Surya, successful in the Grade 2 Diana Handicap and also the dam of Grade 1 Spinster Stakes winner and Grade 1 Diana Stakes second Aruna by Mr Greeley and Grade 2 Santa Ana Handicap winner Hoop Of Colour, a daughter of Distorted Humor.

BBA Ireland representatives, standing with Tom Whitehouse of Powerstown Stud, signed for the April-born colt for €54,000.

Fifth-last to sell on Tuesday evening was Michael McGlynn’s homebred colt by Group 3 Molecomb Stakes winner and Group 1 Nunthorpe Stakes third Cotai Glory. The son of Exceed And Excel stands at Tally-Ho Stud and lot 271, consigned by Collegelands Stud, is a member of his first crop.

He is a half-brother to the Listed Woodcote Stakes second Danielsflyer and his third dam is the brilliant champion All Along. He was purchased for €41,000 by Michael Fitzpatrick’s JC Bloodstock.

The Irish National Stud and Blue Diamond Stud’s Group 1 winner Decorated Knight had a single representative in the catalogue, a colt from Yeomanstown Lodge Stud.

Lot 31 is a half-brother to two winners and to the dam of last season’s Listed Bosra Sham Stakes winner Mild Illusion by Requinto. The April-born colt from the first crop of the Irish Champion Stakes winner will be back in the sales ring later in the year after he was purchased by Jamie Browne Bloodstock for €38,000.

Of the established sires, it was Tally-Ho Stud’s stalwart Kodiac who proved the most popular with purchasers at Goffs on Tuesday, siring two of the top six lots.

The Yeomanstown Stud team went to €58,000 for lot 146 from Phoenixtown Stud, a colt bred on the Kodiac-Shamardal cross which has already produced Group 1 winner Hello Youmzain. His dam Leyburn is a half-sister to the Great Voltigeur Stakes winner and sire Centennial and Siren’s Song, winner of the Salsabil Stakes. Second dam Lurina is a half-sister to the Group 1 winner and sire Croco Rouge and the Listed winner Alidiva, the dam of Taipain, Ali-Royal, Sleepytime and Oonagh Maccool.

Kodiac was also the sire of lot 83, a sister to the Silver Tankard Stakes second Al Hamdany. Consigned by Ballintry Stud for breeder Debbie Kitchin, the filly is a granddaughter of Easy To Love, a winning sister to Oaks and Yorkshire Oaks winner Love Divine, dam of St Leger winner and sire Sixties Icon, and a half-sister to the dam of Group 1 Champions Mile and dual Singapore International Cup winner Dunboyne Express. Tally-Ho Stud paid €42,000 for her.

The second session of the Goffs February Sale gets under way at 10am on Wednesday with a mixture of two-year-olds, horses in training and breeding stock.

FIRST PUBLISHED 7:13PM, FEB 4 2020
He’s a very strong colt, especially for a first foal, and Churchill is getting outstanding stock