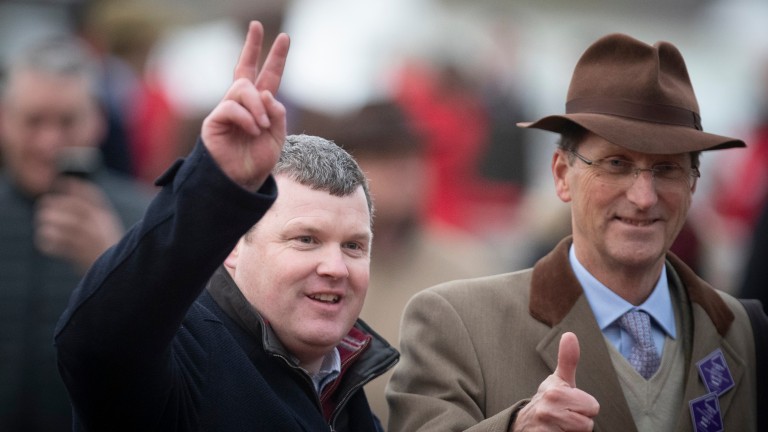 Cheveley Park Stud leads the owners' standings at the halfway point of this year's Cheltenham Festival, as the only entity to have had more than one winner at the meeting.

The operation owned by David and Patricia Thompson is best known for its blue-chip Flat runners, including stars such as Russian Rhythm, Medicean and Persuasive, and its fleet of stallions in Newmarket headed by the venerable Pivotal.

But it also has roots in National Hunt racing, with Party Politics carrying Patricia Thompson's silks to victory in the Grand National in 1992, and in recent years it has immersed itself further in this side of the sport, investing heavily in exciting jumps prospects.

The expenditure has been justified by success at Cheltenham this week, with private acquisition A Plus Tard storming to a 16-length win in the Close Brothers Novices' Handicap Chase on Tuesday and £400,000 Tattersalls Cheltenham Sale purchase Envoi Allen taking the Weatherbys Champion Bumper on Wednesday in brave fashion. 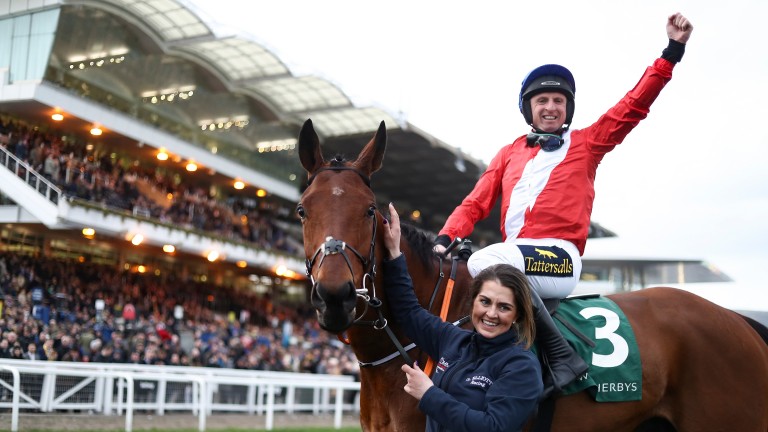 The Thompsons were unable to attend the festival but Cheveley Park Stud managing director Chris Richardson was on hand and explained the involvement in jump racing.

"David Thompson decided last year that he wanted to have some fun and some entertainment during the winter, and he wanted the Cheveley Park colours to be displayed on all aspects of the operation," he said.

"They obviously love what goes on at the stud and on the Flat, but David felt the winters were a bit slow. He wanted to have runners at Cheltenham and we've provided five of them, and now two have won. We still have one more to go, as Allaho runs on Friday in the Albert Bartlett."

He added: "We have 22 horses, mostly in Ireland and spread between Henry De Bromhead, Gordon Elliott and Willie Mullins, and they've all done a fantastic job. I don't really have a lot to do with it – I'm just lucky enough to be managing director of the company.

"Alex Elliott purchased A Plus Tard, who we sent to Henry, and Tom Malone bought Envoi Allen, who is with Gordon."

Cheveley Park Stud also has an indirect connection to one of the most popular winners at Cheltenham this week, easy Glenfarclas Chase winner Tiger Roll.

It bred his damsire Entrepreneur out of its foundation mare Exclusive Order and sold him to Coolmore, for whom he won the 2,000 Guineas and finished fourth in the Derby.

FIRST PUBLISHED 3:40AM, MAR 14 2019
We have 22 horses, mostly in Ireland and spread between Henry De Bromhead, Gordon Elliott and Willie Mullins