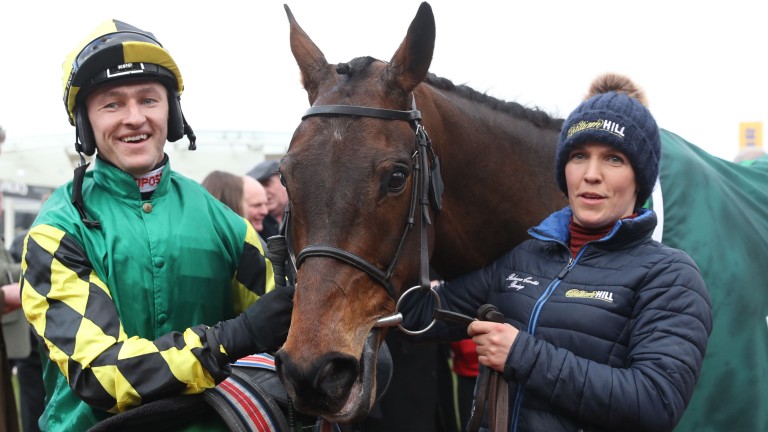 Paisley Park could not successfully defend his Stayers' Hurdle crown at the Cheltenham Festival on Thursday, failing to fire in seventh, but in his place it was another son of late Coolmore National Hunt sire Oscar who finished first.

The shock 50-1 winner was Lisnagar Oscar, who had finished third to Paisley Park in the Cleeve Hurdle over course and distance in January and was fifth to Minella Indo in the Albert Bartlett Novices' Hurdle at last year's festival.

The seven-year-old, trained by Rebecca Curtis for the Racing For Fun syndicate, enhances the already outstanding record of Oscar at the Cheltenham Festival.

The stallion, a Sadler's Wells brother to Derby runner-up Blue Stag who finished second to Peintre Celebre in the Prix du Jockey Club, spent his stallion career under the Coolmore National Hunt banner at Grange Stud, working his way up from a chickenfeed fee to standing at €7,500 in his final season in 2015.

Lisnagar Oscar was bred by Denis Fitzgerald out of Asta Belle, an unraced Astarabad sister to dual Liverpool Hurdle winner Whisper, who landed the Coral Cup at the Cheltenham Festival and so nearly took advantage of Might Bite idling and veering right in the RSA Chase of 2017, eventually finishing a nose second to his mercurial stablemate.

Fitzgerald sent out Lisnagar Oscar to win a Liscarroll maiden point-to-point by eight lengths and subsequently sold the gelding to Curtis for £105,000 at the Goffs UK Aintree Sale of 2018.