The Michael Grech-owned gelding was a £450,000 purchase 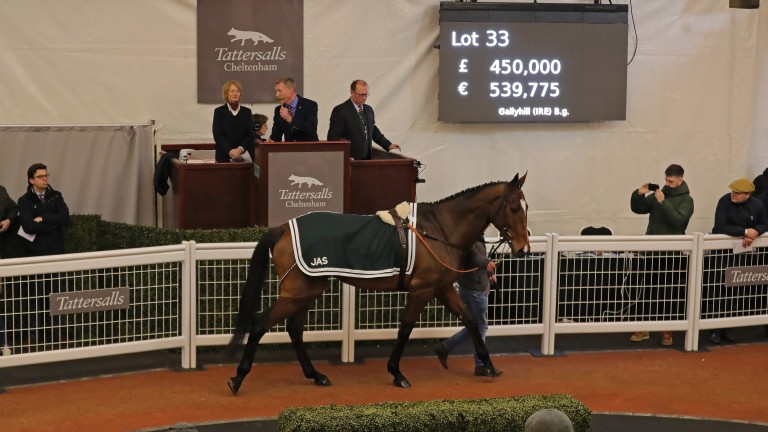 The 2019 Tattersalls Cheltenham December sale topper Gallyhill will make his eagerly anticipated debut for Nicky Henderson in the two-mile novice hurdle at Newbury on Wednesday.

The son of Getaway - who was an easy winner of his sole point-to-point for Jamie Sloan at Kirkistown in November 2019 - was snapped up by Henrietta Knight for Michael Grech at an eye-watering £450,000, beating the exciting Sir Gerhard to the top spot.

Gallyhill is the fifth foal out of the Xaar mare Tanit and a half-brother to Nortonthorpelegend, an eight-time winning chaser for Rebecca Menzies. The six-year-old is also a full-sibling to the Fergal O'Brien-trained Avoid De Master, the winner of a handicap hurdle at Leicester in November. 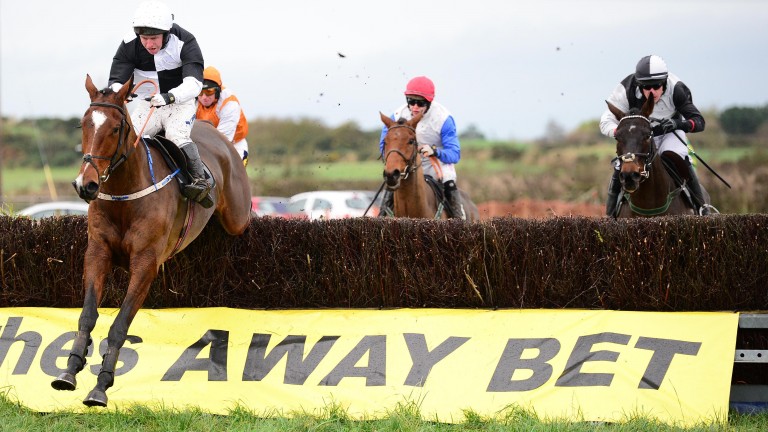 The Gordon Elliott-trained Sir Gerhard, who runs in the Cheveley Park silks, was a 12-length winner of his only point and has since won two bumpers with ease, including a Listed contest at Navan last month.

Among Gallyhill's 16 rivals include the Emma Lavelle-trained Hoi Polloi, a €120,000 purchase from Goffs Land Rover Sale in 2018 and second on his hurdles debut at Hereford in November, plus Danehill Kodiac, a Group 3 winner on the Flat and twice-raced over hurdles.

FIRST PUBLISHED 1:49PM, JAN 19 2021
Gallyhill is the fifth foal out of the Xaar mare Tanit and a half-brother to Nortonthorpelegend, an eight-time winning chaser for Rebecca Menzies

No stopping Micky Cleere as next breeze-up date approaches Nugget gives owners a golden moment in Spring Cup as he enters Royal Ascot mix Shades of Sky Lantern as daughter Snow Lantern showcases Classic credentials Hannon keen to see if reliable Chindit can mix it with the best in 2,000 Guineas 'She's top drawer' - Alcohol Free cut to 10-1 for 1,000 Guineas after trial win Selino strikes for Oxfordshire with Sydney Cup triumph