Cheers all round for team Marnane

Different League sparks celebrations as she lands the Albany Stakes 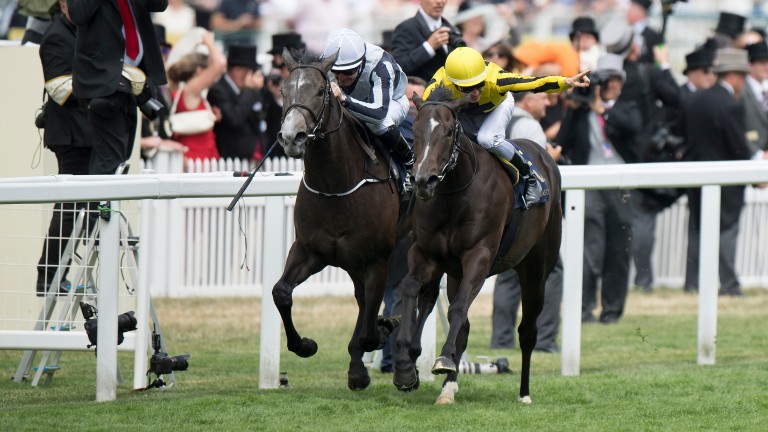 The bars around Bansha had better order extra stock for the weekend as celebrations are bound to last late into the night for residents of the Tipperary village that has been the epicentre of success at Royal Ascot this week.

Con Marnane - the most recognisable face of the breeze-up consignors and the man who pinhooked the likes of Amadeus Wolf, Fleeting Spirit and Rio De La Plata - will have won many new fans thanks to his animated celebrations on ITV Racing after the victory of his filly Different League in the Albany Stakes on Friday.

But, as Marnane managed to get out amid the cheering and singing of 'here we go' in the winner's enclosure, it was not the immediate plan for Different League to carry the silks of his wife Theresa.

“We picked her up for €8,000 and couldn't sell her when we took her to Doncaster – nobody wanted her, and thank god they didn't,” he said. “She's an absolute beauty.”

Different League was knocked down as a foal to Emerald Bloodstock Services for just €8,000 at the Arqana December Breeding-Stock Sale and returned home unsold when bidding fell short of her reserve at £14,000 at the Goffs UK Premier Yearling Sale last August.

Marnane often conjures tasty profits from his trading, as last year's Norfolk Stakes hero Prince Of Lir demonstrated: he was a £40,000 Doncaster yearling resold at the same venue as a two-year-old for £170,000. But when buyers do not meet his valuations he is not afraid to back his judgement and consequently has plenty of horses in training, often in France.

“It's been some week,” added Marnane. “My head man bred Ribchester and our next-door neighbours bred Rajasinghe.”

Queen Anne Stakes hero Ribchester was co-bred by Mike O'Brien, an important cog in the slick machinery of Marnane's Bansha House Stables, with Andrew Thompson. It was the father-and-son team of Jim and Geoff Mulcahy who bred Coventry Stakes scorer Rajasinghe; Jim is a veterinary surgeon from Kilshane, just a three-minute drive from Bansha.

Like Champagne or Camembert, perhaps this part of southern Tipperary should apply for protected designation of origin status for thoroughbreds.

Another label that is becoming increasingly prestigious is that of Dabirsim, the sire of Different League. The son of the Sunday Silence stallion Hat Trick was joint-champion two-year-old with Camelot in 2011 and has been quietly impressing with his early first-crop runners this year.

Dabirsim has supplied six winners from 12 runners, a tally all the more creditable for the fact he covered his first mares at a fee of €9,000 at Gestut Karlshof in Germany. He is now based at Haras de Grandcamp in Normandy.

The identity of Different League's breeder will also be familiar to regular Racing Post bloodstock readers, as Tunisian Lotfi Kohli has an extraordinary record of picking up inexpensive mares who become dams of superstars with regular associate Marc-Antoine Berghgracht.

The pair gave just €2,000 for Star Face, when her outstanding son Douvan was an unraced two-year-old; €5,000 for Avanguardia when her Supreme Novice Hurdle-winning son Labaik was only three; and now €6,500 for Danseuse Corse, the dam of Different League.

Danseuse Corse was a four-time winner in France by Danehill Dancer, out of a half-sister to Gimcrack Stakes winner Carrowkeel and from the family of Britannia Handicap scorer Bali Dancer and South African champion Catalochee.

Kohli still owns the dams of Douvan and Labaik but Danseuse Corse was sold on to Jean-Pierre Le Hegarat for €6,000 at the Arqana December Breeding-Stock Sale in 2015.

Le Hegarat bred from Danseuse Corse a yearling half-sister to Different League who is by Doctor Dino and has the exotic name of Galtika Coat Frity. 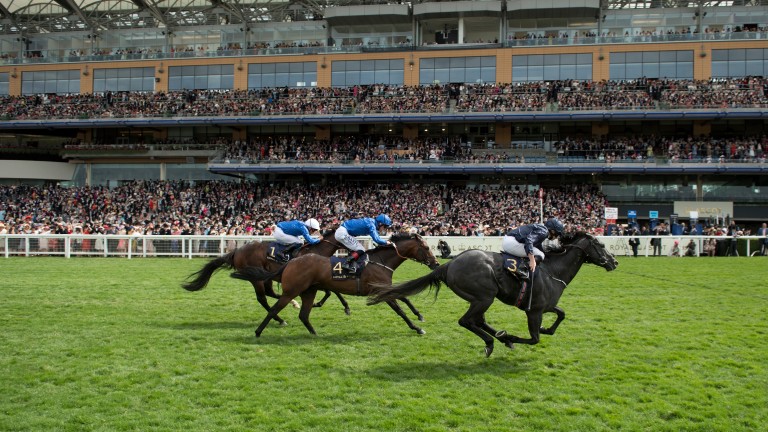 Yet another for the Daddy

Coolmore supremo John Magnier appeared to acknowledge the importance of finding an outcross for the Sadler's Wells and Danehill blood that has given the operation much of its success in recent years as he paid tribute to his decisive Commonwealth Cup winner Caravaggio on Friday.

Caravaggio was the fourth winner at Royal Ascot this week for Scat Daddy, a son of Johannesburg who stood at Coolmore's Kentucky arm of Ashford Stud until his premature death in 2015, after Lady Aurelia, Con Te Partiro and Sioux Nation. He was the sixth winner at the royal meeting for the sire overall, following Acapulco and No Nay Never, who is ensconced in the Coolmore stallion boxes in County Tipperary.

“We were unlucky to lose Scat Daddy, this is his fourth winner this week, but hopefully this fellow will take his place,” Magnier told ITV. “Aidan's always said Caravaggio is one of the quickest he's ever had.

“He's actually a better racehorse than Scat Daddy was, and it's a cross that we need, so it's just fortunate for us that he's come along at the right time.”

Coolmore have undertaken an international hunt to find outcross stallions. Many Galileo and Sadler's Wells mares have visited champion Australian progenitor Fastnet Rock (by Danehill) or leading Kentucky sire War Front (by Danzig), while a select few mares from the Sadler's Wells and Danzig lines have been sent to Japan to be covered by Deep Impact – including Peeping Fawn to produce Saturday's exciting Chesham Stakes hopeful September.