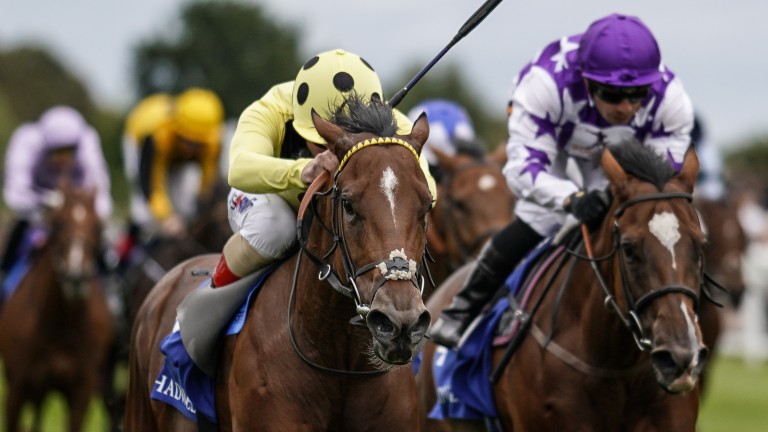 First-season sire Charm Spirit is off the mark as a supplier of stakes winners, with daughter Yourtimeisnow making all to score by half a length in the Group 3 Shadwell Dick Poole Fillies' Stakes at Salisbury on Thursday.

Yourtimeisnow was bred by Boyce Bloodstock out of the Gone West mare Maid For Winning, a half-sister to Grade 1 Woodford Reserve Turf Classic winner Stroll and to Patrol, who finished third in the same race.

Maid For Winning – who has also produced the Group-placed pair Hors De Combat and Stroll Patrol – is out of Maid For Walking, a daughter of Prince Sabo who finished second in the Group 3 Princess Margaret Stakes.

Maid For Walking is in turn out of the Listed Duke of Edinburgh Stakes winner Stinging Nettle, whose other descendants include Donn Handicap hero and young sire Lea, Grade 1-placed Grassy and Sun Chariot Stakes scorer Lady In Waiting.

Maid For Winning was bought by Boyce Bloodstock's Martin Percival for just 27,000gns at the Tattersalls December Breeding-Stock Sale of 2011, when she was carrying a Mount Nelson filly who would become the Dick Poole Stakes third Stroll Patrol.

Yourtimeisnow, who went two places better in the Salisbury contest than her sibling, was bought by Varian on behalf of owner Sheikh Mohammed Obaid Al Maktoum for 120,000gns at Book 1 of the Tattersalls October Yearling Sale last year.

Her dam has a Pivotal yearling colt heading to Book 1 next month but no foal. She was covered by champion sprinter Muhaarar this year.

Charm Spirit alternates between standing at Tweenhills in Gloucestershire and Haras de Bonneval in Normandy and shuttles to Windsor Park Stud in Normandy. 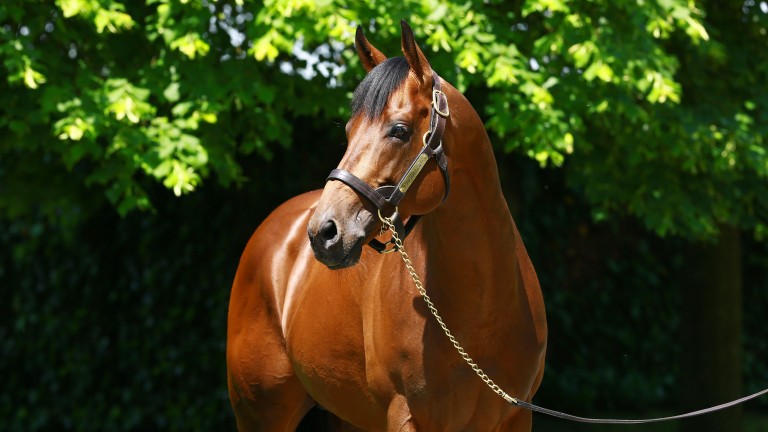 He has posted 15 winners from his debut juvenile crop including July Stakes third Charming Kid and the 93-rated Oberyn Martell.

The son of Invincible Spirit broke his maiden in his own racing career on September 8 of his two-year-old season, and he peaked at three when he took the Prix Jean Prat, Prix du Moulin and Queen Elizabeth II Stakes, so his haul of early winners is particularly encouraging.

Q&A Daniel Creighton: 'A Classic winner is what everyone wants'