October-born yearling snapped up by Yu Long for NZ$120,000 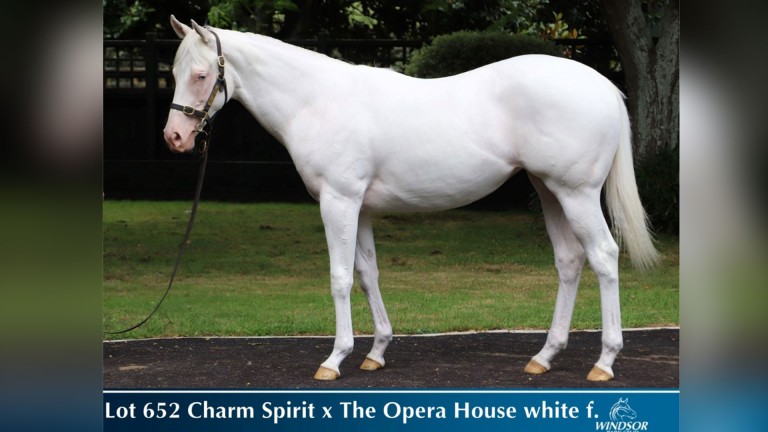 Colour may not always be the first consideration for bloodstock buyers but the white Charm Spirit filly out of The Opera House certainly warranted a second look at the New Zealand Bloodstock Karaka Yearling Sale on Wednesday.

Offered by Windsor Park Stud, the filly is by three-time Group 1-winning miler Charm Spirit, who shuttles to Windsor Park Stud in New Zealand, out of a winning three-parts sister to dual Australian Horse of the Year Might And Power.

The white filly (Lot 652) by @WindsorParkStud shuttler Charm Spirit is purchased by Yulong Investmests for $120k @KarakaChat - the filly is out of 3/4 sister to Cox Plate winner Might And Power pic.twitter.com/CqSp3RjK1o

The filly, who was knocked down to Yu Long for NZ$120,000, is the fourth yearling to be offered at the sale out of The Opera House, whose High Chaparral filly, since named Casta Diva, sold for NZ$450,000 in 2016, and whose Shamexpress colt, later named Grand Bernini, realised NZ$510,000 last year.

Casta Diva subsequently headed to Japan, where she has won one of her seven starts, while Grand Bernini is yet to be seen in the racetrack.

Racing fans in Britain and Ireland may be familiar with the sight of another similarly coloured horse in Russe Blanc, as the Kerry Lee-trained gelding demonstrated his staying ability by winning the 3m5f Grade 3 Classic Chase at Warwick in January 2016.

No question, this foal has a marking to marvel

FIRST PUBLISHED 5:44PM, JAN 31 2018
Racing fans in Britain and Ireland may be familiar the sight with another similarly coloured horse in Russe Blanc