Charm Spirit at the double at Salisbury 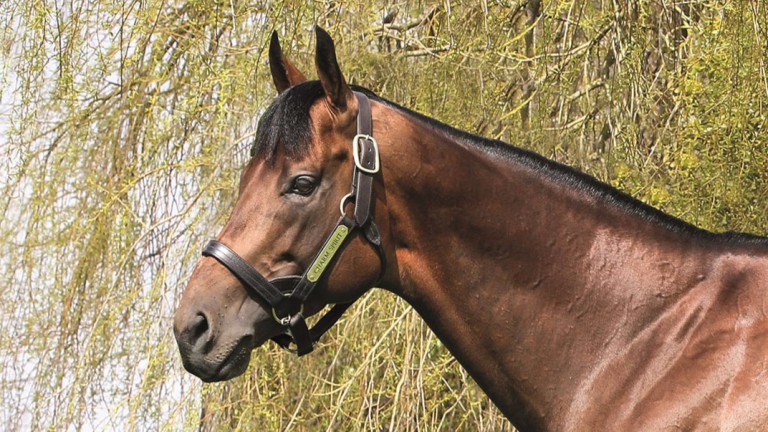 It was a day to remember for connections of first-season sire Charm Spirit on Wednesday as he recorded a brace of winners at Salisbury.

The Andrew Balding-trained colt Forseti initiated the double when building on his promising debut fourth at Newbury this month to make all and repel the strong challenge of runner-up Dombra – a son of Frankel and Group 3 winner Chigun – to win a 7f maiden by a short head.

An hour later on the card another Charm Spirit colt, the Eve Johnson Houghton-saddled Oberyn Martell, adopted similar tactics – breaking well, leading the field and sticking on strongly – to win the Class 3 auction stakes over 6f by two and a quarter lengths from the Lilbourne Lad colt Its The Only Way.

Forseti was bred by Deerfield Farm and is the second foal out of the Raven's Pass mare Ravensburg, a half-sister to King Edward VII Stakes winner and St Leger runner-up High Accolade and Listed-placed Oasis Knight, as well as Mango Lady, the dam of Group 3 scorer Mix And Mingle.

Ravensburg is out of Generous Lady, a Listed-placed daughter of Generous and Canadian champion Northern Blossom.

Balding bought Forseti for 60,000gns at Book 2 of the Tattersalls October Yearling Sale and the colt races for Mick and Janice Mariscotti.

Oberyn Martell – who had won at Sandown earlier this month – was bred by Paramount Bloodstock and is also a second foal, in his case out of the winning Teofilo mare Nickels And Dimes, a half-sister to Listed scorer Kalahari Gold and Staceymac, the winning dam of high-class sprinter Easton Angel.

Originally a €68,000 Goffs November foal purchase by Abbey Farm, he was resold to Highflyer Bloodstock and Nick Bradley for £28,000 at the Goffs UK Premier Yearling Sale last year.

Charm Spirit now has five winners to his name, and on Wednesday he also notched a third-place finisher – Zaahir, trained by the sire's former handler Freddy Head – in a decent looking maiden at Maisons-Laffitte. That race in France was won by the No Nay Never colt We Go.

He stood at the Aga Khan's Haras de Bonneval in Normandy at a fee of €20,000 this year, and has 94 first-crop two-year-olds to go to war with. He will return to Tweenhills Stud in Gloucestershire ahead of next year's breeding season.

It's a heatwave! The hot two-year-olds who could make their debuts soon

FIRST PUBLISHED 5:49PM, JUN 27 2018
Forseti made all and repelled the strong challenge of runner-up Dombra – a son of Frankel and Group 3 winner Chigun

'Special' Berkshire Shadow lands long-running gamble for ecstatic connections What we learned from day four of Royal Ascot 'There is no denying the phenomenal training that has gone into Rohaan' Ascot due a fitting finale with racing's greatest fan set to star on day five Royal approval: King's Lynn and Oisin Murphy going all out for Ascot Group 1 Accidental Agent: the outsider who took on and beat racing elite at Royal Ascot