Chris McGrath on perceptions of a hormonal bloom in covered mares 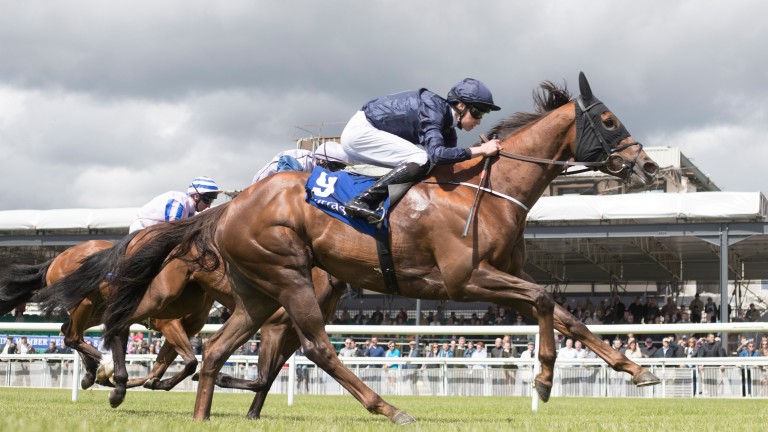 This article was first published in May 2017

One biographer of Eclipse - recording how traders in reliquary authenticated no fewer than nine of the champion’s feet, mounted as inkstands and so on - mischievously speculated whether his prowess might be attributed to “the abnormal quantity of legs in which he apparently rejoiced.”

Perhaps a similar degree of credulity is evident in those who perceive a dramatic physiological advantage in those mares, like Acapulco at the Curragh on Sunday, who win while pregnant. To hear some people talk, you would think the presence of an evolving embryo - while not quite bringing a mare up to Eclipse’s complement - gives her the mechanical equivalent of eight legs.

Just as punters tend to be aggrieved by the disclosure of wind operations in the winner’s enclosure, if not by the countless equivalent procedures performed on horses that continue to run poorly, so you often hear demands for public certification of pregnancy. But nobody, it seems, has ever established anything beyond an anecdotal link between performance and a putative bloom in pregnancy.

There are, to be fair, some fairly logical theories as to why a mare might flourish during the 120 days of her pregnancy during which she is permitted to race. The suspension of the oestrus cycle, along with those behavioral issues sometimes associated with being in season, permits her trainer a clearer run; and may also be matched by a hormonal boost, in the production of progesterone. (There are ghastly stories, in fact, of female Eastern Bloc athletes towards the end of the Soviet era maintaining an artificial three-month cycle of impregnation and abortion.)

In the absence of scientific proof, however, it remains feasible that improvement in a pregnant mare could be explained by the same range of factors that drive equivalent progress in, for instance, a maturing gelding. After all, some of the most celebrated mares to have borne an unobtrusive passenger to success tend - like Acapulco herself - already to have established their calibre. 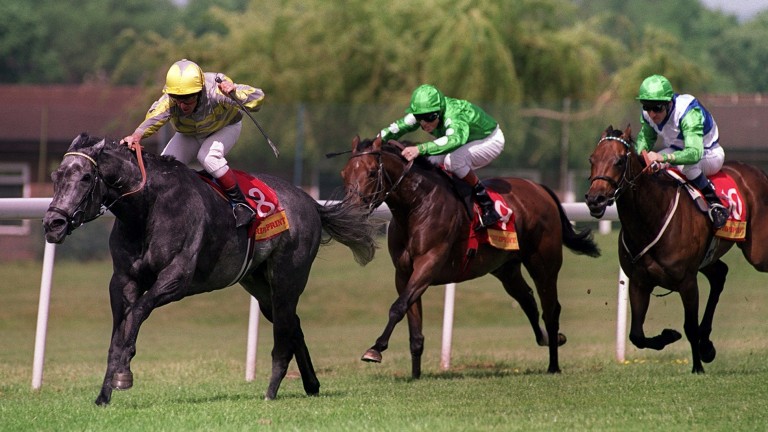 Cassandra Go (left): flourished during the closing weeks of her racing career in 2001
Edward Whitaker

Indian Queen, for instance, had dead-heated for the Prix Royal Oak the autumn before becoming the last pregnant mare to win a British Group 1 in the Gold Cup at Royal Ascot in 1991. That distinction in Ireland, equally, goes to Chinese White, whose swansong success in the 2010 Pretty Polly Stakes at the Curragh - when in foal to Cape Cross - required the exact RPR she had registered in winning a Group 2 the previous year.

Spain, meanwhile, was already a dual Grade 1 winner - including in the 2000 Breeders’ Cup Distaff - when she won a Grade 2 with a son of Storm Cat in utero. Once delivered, he was bought as a foal for $2.4 million but failed to win in three starts for Ballydoyle. Not that anyone should infer any deleterious effect on the foetus from racing, welfare being integral to the 120-day limit. Indeed, perhaps the ultimate example of a pregnant mare appearing to thrive on the track also attests that her capacity to pass on genetic ability was unimpaired.

That was the top-class sprinter Cassandra Go, who certainly flourished during the closing weeks of her racing career in 2001. You could not say for certain why that should be, as the daughter of Indian Ridge had won her first Group race at Glorious Goodwood the previous summer only to be sidelined until after she had been covered by Green Desert. Second in the Palace House on her reappearance, she then won both the Temple and the King’s Stand before beating all bar Mozart when bowing out in the July Cup.

The filly she delivered the following March won two races, and Cassandra Go subsequently proved a significant producer. Both Theann and Tickled Pink won Group races, but her outstanding daughter is Halfway To Heaven. A €450,000 Goffs yearling, she won three Group 1 races for Ballydoyle before herself producing Rhododendron, the unlucky 1,000 Guineas runner-up who is now favourite for the Investec Oaks. 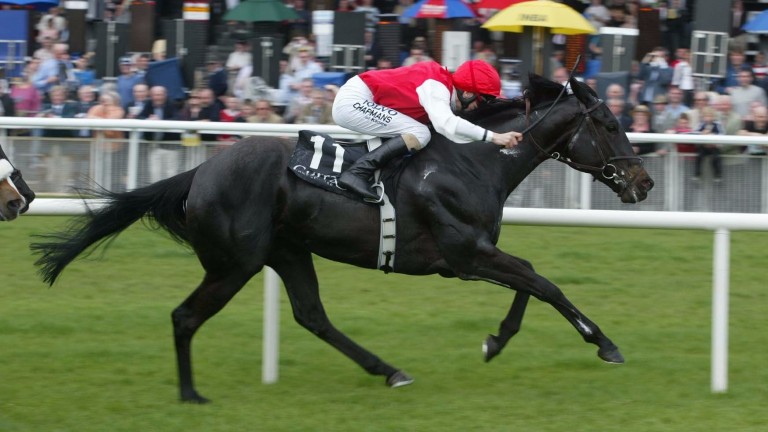 Grecian Dancer: in foal to Galileo she bolted up in a Group 3 at the Curragh in 2008
Caroline Norris

Another to finish on a high was Grecian Dancer who, covered by Galileo in 2008, suddenly bolted up by five lengths in a Group 3 at the Curragh on her penultimate start and then made the frame in the Windsor Forest. It is worth noting, however, not only that she had plenty of stakes form already but also that in 20 previous starts she had never been able to try such quick ground.

Perhaps the most challenging example is Silence Is Golden. Covered by Medicean in 2004, she somehow managed to get within a short head of winning the Nassau on her final start - having previously failed to win even at Listed level.

Again, there may have been extraneous factors. It was, apart from anything else, a very thin field by Group 1 standards. On the other hand, perhaps she really was one of those fillies who are said to become easier to train, both mentally and physically, in the initial hormonal surge of gestation - a ripe fruit, ready to be plucked away for the next stage of the life cycle. Colin Hayes, for one, was a firm believer in the syndrome.

But that does not mean punters are entitled to clamour for “a right to know” when a mare is in foal. For one thing, there would be all manner of certification issues. Only around two-thirds of first covers achieve their goal, so you might be looking at a series of fortnight or four-week scans on multiple covers. Even a positive first scan, moreover, does not always mean a pregnancy will take lasting root. In real time, you are looking at the expensive collation of unreliable data with no provable significance.

So much of any racehorse’s condition is a matter of degree. Every professional horseman will have experienced a story similar to one I can vouchsafe, concerning a colt who spent the night before a Group 1 success with his foot wrapped in frozen peas. No punter alive would have been eligible to judge whether his chance was likely to be affected - and few, you suspect, would be grateful to have been put away by a bit of inside knowledge. As so often, you have to wonder whether this kind of precious “right” to information has any value without a competence to evaluate it.

Perhaps Acapulco is carrying a future Derby winner. But her innate brilliance is too familiar for anyone to be able to credit Galileo for the pep in her step on Sunday.

FIRST PUBLISHED 4:39PM, FEB 6 2018
Improvement in a pregnant mare could be explained by the same range of factors that drive equivalent progress in, for instance, a maturing gelding