Catch up with the team behind Colin Tizzard's star Thistlecrack

The breeders, stallion master and pinhooker shared their views on the gelding 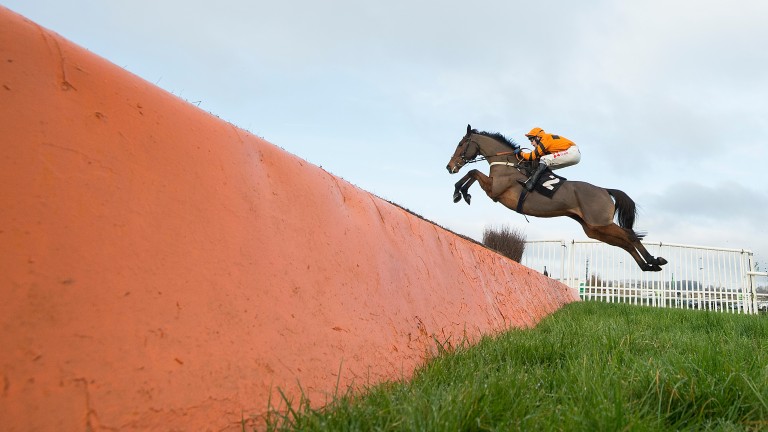 This article was first published in December 2016

The breeders: Robin and Scarlett Knipe

When Thistlecrack surged clear in the World Hurdle in March it was not the first taste of breeding success at the Cheltenham Festival for Robin and Scarlett Knipe of Cobhall Court Stud in Herefordshire.
The Knipes also bred Gold Cup hero Master Oats and Anzum, who won the Stayers’ Hurdle 17 years before Thistlecrack when finishing a neck ahead of Le Coudray. Both were by stallions who stood at Cobhall Court, namely Oats and Ardross.

Celtic Cone, Alderbrook and Midnight Legend have also stood at the Hereford stud at one stage or another.

Scarlett, who has been married to Robin for 53 years, explains how they acquired the dam of Thistlecrack: “Ardstown was foaled here, and we purchased the mare off her breeder. We ran her in point-to-points and hunter chases, and she won both.

“There was no point-to-pointing the year of the foot-and-mouth, and so we sent her to Venetia Williams, who ran her once at Newbury, and she won a three-mile chase ridden by Norman Williamson. The horse who finished second was Plaid Maid, the dam of Coneygree and Carruthers.”

Ardstown, a daughter of Ardross, produced six foals before her death in 2014 and she endured some hard luck with several of her offspring dying early in their racing careers. But not only has she produced Thistlecrack, she also has the Grade 2-placed West Approach on her record.

The couple are now in their 70s, and as their children pursue their professional business careers they made the difficult decision to sell the three-year-old sister to Thistlecrack at Cheltenham in March, where she made £165,000.

“We were happy with what we got for her and she has ended up with the owners of Thistlecrack [John and Heather Snook], who will look after her brilliantly. They’ve got West Approach as well.”

Kayf Tara’s dominance among British-based jumps sires has earned him seven titles and an eighth looks set to follow with Carole’s Destrier, Identity Thief and North Hill Harvey besides Thistlecrack among those carrying his flag.

The dual Gold Cup winner by Sadler’s Wells has stood at Overbury Stud in Gloucestershire since 2001 and manager Simon Sweeting says: “He seems to be in good nick. We’ll be limiting the number of mares he covers. We’ll keep it to 100 and we’ll just have to see how he goes.

"He covered 130 or so last year, and got through them absolutely fine. We’ll just make sure we don’t push him too hard.”

Overbury is also planning for him to cover younger mares, to give him a better chance of getting them in foal. His price will be set early in the new year.

Sweeting took over the lease at Overbury as Kayf Tara’s retirement from racing was announced and John Ferguson entrusted the horse to him. But the stallion wasn’t always destined to be National
Hunt-oriented, as Sweeting explains.

“We had hoped we would get some Flat mares, although we didn’t get very many,” he says. “His first ever winner, Ruby Wine, won the Listed Ballymacoll Stud Stakes at Newbury over 1m2f. He would have been quite capable of producing decent Flat horses.

“Carruthers was the one that really got things started – he won a Listed hurdle at Warwick in the winter and that got the ball rolling. Mad Max and Planet Of Sound were other great horses who helped get him on the way.”

The horses providing Kayf Tara with his current spell of success were bred on the back of those early successes.

“He’s in great demand, we just hope he’s with us for a few more years yet,” says Sweeting. “He’s coming up to 23 so every year is a bonus for him now, and we’ve been very fortunate to have him at all.

“He’s built the business to what it is. We’re very grateful for everything that we’ve had, and anything that comes along now is a huge bonus.”

John McDonald, a former Gaelic footballer for Kildare, arrived back in Ireland from the US in 2003 and since then has been in the business of buying and selling foals, taking the lead from his father, who kept a number of racehorses.

His farm is located outside of Kildare town, where he dabbles in horses for both codes. Among the others to pass through his hands is Ruben Cotter, who has won three chases and a hurdles race for trainer Paul Nicholls.

McDonald was initially impressed by the page.

“He’s out of an Ardross mare who’d won a good few
point-to-points,” he says. “He was a beautiful walker. Even at that stage you could tell he was going to be big. He also had a very good temperament and in the three years I had him there was never a problem. He had all the attributes of a good three-year-old.

“A stone bruise saw Thistlecrack withdrawn from the Derby Sale, and so he went to the August Sale instead. The Snooks had bought a brother to him and he had been impressing the Tizzards, before he broke his leg on the gallops.”

McDonald is philosophical about his modest profit for Thistlecrack.

“It was the middle of the recession as well, people kind of forget that,” he says. “Money was scarce and people weren’t buying as much as they had been.

“At that time Kayf Tara hadn’t really hit the heights. I thought he was a real good stayer and that his progeny would be tough, and they’ve proven that.”

McDonald is now looking forward to Thistlecrack’s campaign this year.

“The Cheltenham Gold Cup will be a different kettle of fish, but I think he’ll have the temperament for it. Kempton will tell a lot. That will be his first real big test, if his jumping holds up. Anything he’s had to do, he’s done it well so far. He’s some horse – he’s got some engine.”