Byword supplies his first winner as a stallion

Talk Wrench is from the sire's first crop 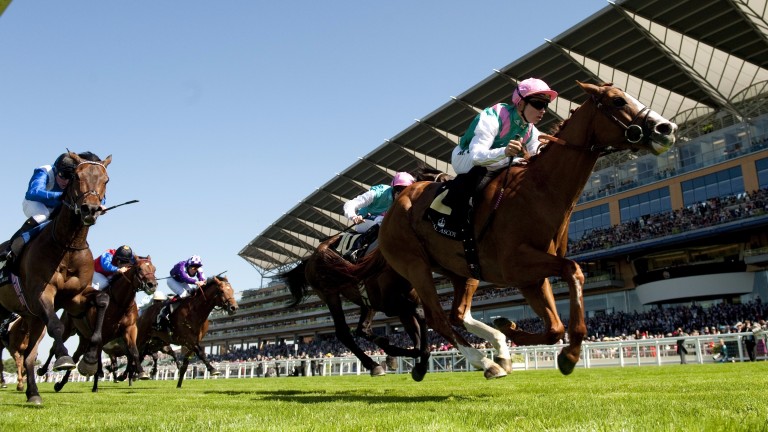 Byword, who won the Prince of Wales's Stakes at Royal Ascot in 2010, was represented by a first winner as a stallion when his son Talk Wrench won at Flamingo Park in South Africa on Monday.

Hailing from Byword's first crop, Talk Wrench was bred by Rob and Michelle Pickering and was purchased for R220,000 from last year's National Yearling Sale.

While South Africa witnessed his first success as a sire, northern hemisphere shores saw his half-brother, Finche, make an impressive debut at Deauville on Sunday where he won a mile maiden by two lengths for Andre Fabre and Khalid Abdullah.

Byword, a son of Peintre Celebre out of the Woodman mare Binche, was trained by Fabre to win seven races with four of those victories at Group level. He is also a half-brother to four-time Grade 1 heroine Proviso.

The 11-year-old currently stands at Mauritzfontein Stud alongside Ideal World.