Selling begins at Park Paddocks at noon on Wednesday 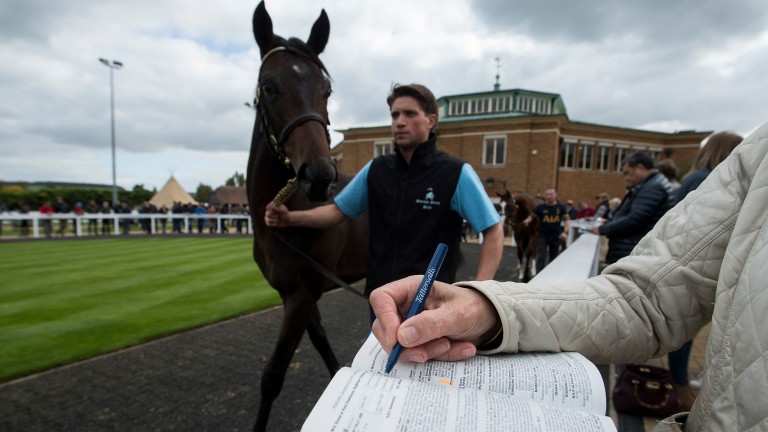 Tattersalls: selling returns to Park Paddocks this week for the Guineas Breeze-Up and July Sales
Edward Whitaker
1 of 1
By James Thomas 3:58PM, JUL 7 2020

Round five of the European breeze-up season takes place in Newmarket on Wednesday with the Tattersalls Guineas Sale, which kicks off at noon, the opening event of three days of selling at Park Paddocks.

Around 120 two-year-olds are due to come under the hammer, and the stallion profile contained within the catalogue suggests the sale's diverse track record could well be enhanced by this year's graduates.

Some 43 winners of 56 stakes races have been sold at past renewals of the Guineas Breeze-Up Sale, headed by two contrasting Group 1 performers.

First came Margot Did, who was bought by Richard Frisby for just 10,000gns in 2010 before finishing runner-up in the Albany, Princess Margaret and Lowther Stakes at two.

The daughter of Exceed And Excel, who was sold by Woodtown House Stud, progressed markedly at three and had her day in the sun when landing the Group 1 Nunthorpe Stakes under Hayley Turner. 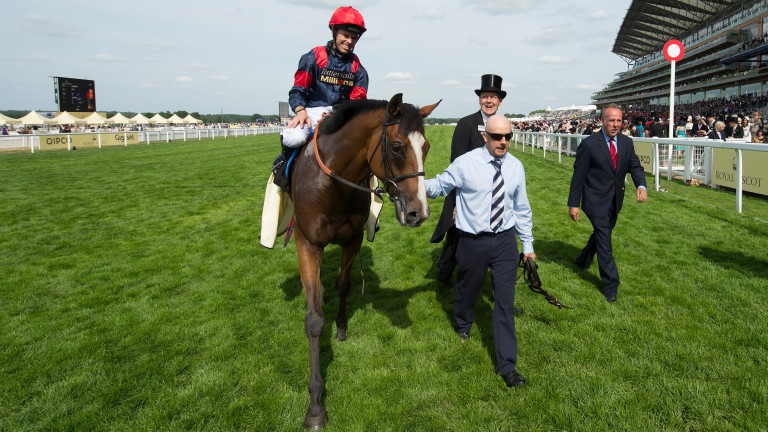 Trip To Paris after winning the Gold Cup
Edward Whitaker
The Guineas Sale's other Group 1-winning graduate plied his trade at the opposite end of the stamina spectrum, with Gold Cup hero Trip To Paris plucked from the Mocklershill draft by Federico Barberini at a cost of 20,000gns in 2013.

Other classy performers sourced at the sale include the like of Temple Stakes winner and Tweenhills stallion Hot Streak, bought by David Redvers for 42,000gns in 2013, high-class stayer Nearly Caught, a 25,000gns purchase by Anthony Stroud, and Mill Reef Stakes scorer Toocoolforschool, who was purchased by Karl Burke for 16,000gns.

Proven stallions with progeny on offer this year include Acclamation, Dandy Man, Dark Angel, Exceed And Excel, Fast Company, Kodiac, No Nay Never and Zoffany. First-season sires are also well represented in the catalogue, with names such as Adaay, Harzand, Mehmas, New Bay, Pearl Secret and Territories all having sons and daughters due to come under the hammer.

Oaks Farm Stables sold the top lot at last year's Guineas Sale, the 150,000gns Kodiac filly Aleneva, who made a winning start to her career for John Dance and Richard Fahey. 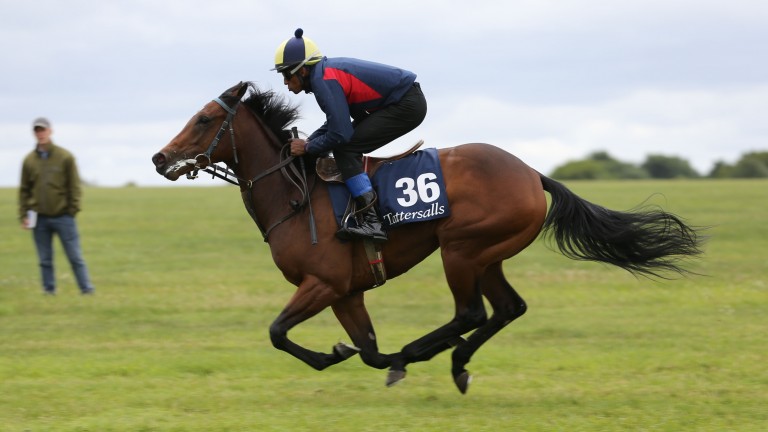 Lot 36: Oaks Farm Stables' well-related Kodiac filly breezes up the Rowley Mile
Laura Green
The same consignor sends another daughter of the Tally-Ho Stud sire through the ring on Wednesday, with the youngster out of Sirenia Stakes winner and Cheveley Park Stakes runner-up Dhanyata entered as lot 36.

McGivern consigns three lots this year, namely a Kodiac half-sister to the Listed-winning Fair Dubawi out of the Group 3 scorer Fair Nashwan (47), and two Fast Company fillies, one out of a sister to Borderlescott (74) and the other a half-sister to Grade 1 performer Silver Knockers (80).

Hyde Park Stud consigns the largest draft, with the 11-strong offering including colts by Dabirsim, Make Believe and Nathaniel, as well as fillies by Sepoy, Adaay and Twilight Son.

Oakgrove Stud in clover with Alkandora and Al Kazeem winners

FIRST PUBLISHED 3:58PM, JUL 7 2020
Some 43 winners of 56 stakes races have been sold at past renewals of the Guineas Breeze-Up Sale, headed by two contrasting Group 1 performers