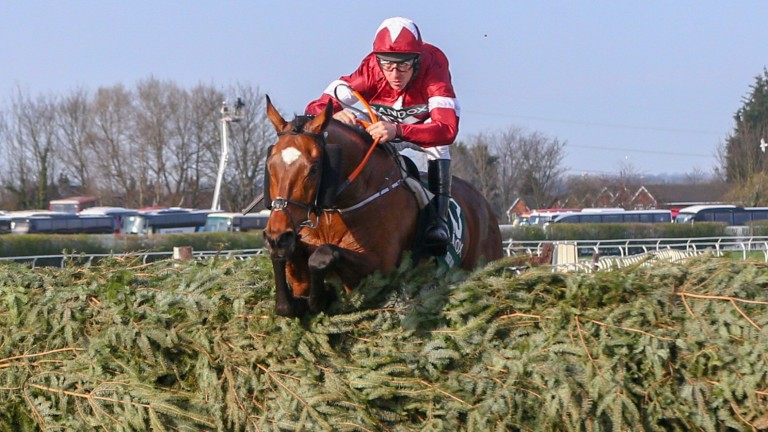 The inclusion of a select point-to-point and form horse section looks set to add some spice to Wednesday’s Goffs UK August Sale, which is staged at the company’s Doncaster base from 10am.

Although a sale where the average rarely breaks into five-figure territory, it has punched above its weight as the source of Grand National hero Tiger Roll alongside the Grade 1-winning jumpers Labaik, Mick Jazz and Zanjabeel.

Including supplementary entries, Goffs UK have compiled a catalogue of 297 lots for this year’s renewal. The anticipated point-to-point and form horse section comprises 15 entries and will be offered amid an array of stores and horses in and out of training, a group that includes sizeable drafts from Godolphin, who sold Tiger Roll for £13,000 to Nigel Hawke under the Darley banner in 2013, and Shadwell Stud, the source of Labaik and Zanjabeel in 2016.

“It’s a really good, strong sale for the summer, one that has had some excellent results on the track,” says Tony Williams, managing director of Goffs UK. “We have 45 really nice stores and then for the first time this year, we have a select point-to-point section.

“Shadwell have also really got behind this sale. They have a nice draft, as have Godolphin, and then a lot of the major yards are also represented.”

The point-to-point and form horse section runs from lots 84 to 98 and includes several lightly-raced yet progressive sorts with the potential to appeal. For example, Not The Chablis (lot 84), was the recent three-length winner of a bumper at Down Royal for Eddie Harty. He will be followed into the ring by Casper’s Court (85), the 15-length winner of a point-to-point at Kinsale in June for Sean Doyle.

Amschel (91) comes into the sale as the winner of three of his four hurdle starts while Highstreet Roller (86), Enchancia (87), The Con Man (89) and Black Centaur (94) are the winners of their only starts between the flags.

“This is the strongest point-to-point section we’ve have for this sale,” says Williams. “We’ve been supported extremely well by some good vendors. We have horses from the likes of Tom Lacey, Colin Bowe, the Doyle brothers, Eric McNamara, Denis Murphy - all people who produce good horses that go on.

“This is a section that we’ve really nurtured, and I think we’ve proven that we can get top money for the right horse.”

One buyer with a particular affinity for the August Sale is agent Aidan O’Ryan. It was here in 2016 that O’Ryan and Gordon Elliott signed for three horses worth £59,500 and remarkably, each became Grade 1-winning jumpers. This year’s Ryanair Hurdle winner Mick Jazz was the dearest, although he only cost £27,000. Labaik, who won the Supreme Novices’ Hurdle six months later for Elliott, was also a good buy at £25,000. However, of particularly good value was Zanjabeel, a £7,500 purchase who handed Elliott a landmark success in last year’s Foxbrook Champion Hurdle at Far Hills, New Jersey. The son of Aussie Rules was subsequently sold to continue his career in the US with Richard Hendriks, for whom he recently won the Iroquois Hurdle at Percy Warner. 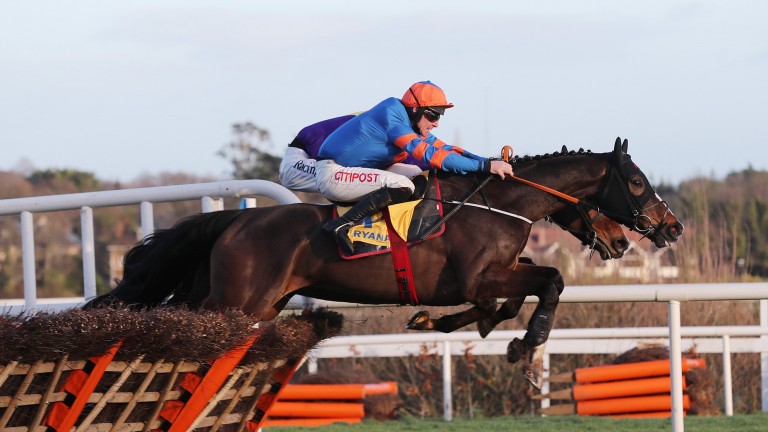 “It’s been a lucky sale for us,” said O’Ryan, as he was preparing to make his annual trip over. “Zanjabeel didn’t cost a lot of money. At the time, he looked sound and like he might jump. He ended up doing well for us - he was owned by a small syndicate and he did his job well for them and they got paid.”

He adds: “You can go to this sale and buy a nice horse for reasonable money. It’s one that punches above its weight.”

Aside from the point-to-point section, several older form horses take the eye, including Roger Brookhouse’s former Thyestes Chase winner Champagne West (147). Grand National veteran Just A Par (153) also appeals as the type of horse who could still provide someone with a bit of fun.

There are also several in-form Flat performers on offer, among them three-time winner Hasanoanda (188), who recorded a Racing Post Rating of 95 when scoring over 1m2f in a Newmarket handicap for John Gosden last month, and Thammin (175), who recorded an RPR of 96 when scoring for Owen Burrows in the 6f handicap at Chelmsford on Saturday. Thammin is one of the highlights of a 15-strong draft from Shadwell, and who knows, perhaps there is another Labaik or Zanjabeel lurking among them.

FIRST PUBLISHED 5:00PM, AUG 7 2018
You can go to this sale and buy a nice horse for reasonable money. It’s one that punches above its weight