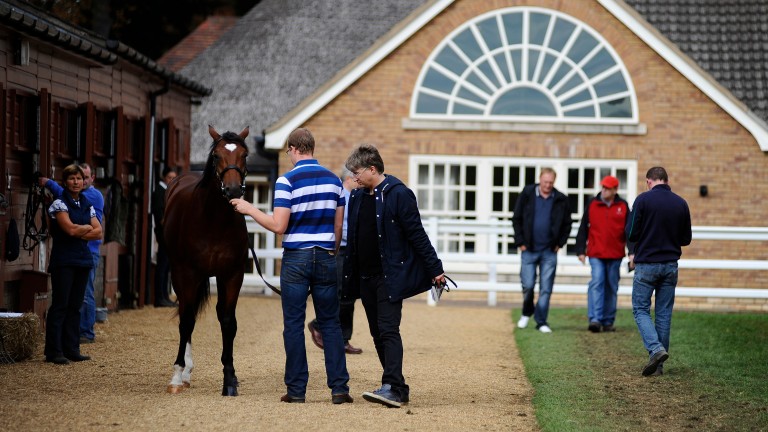 For the first time in the sale’s history the Tattersalls February Sale begins a two-day run on Thursday with a record 488 lots set to go under the hammer.

The largest consignment comes from Godolphin, who provided last year’s sale-topper when Doldrums, a seven-year-old daughter of Bernardini in foal to Exceed And Excel, was bought by Marco Bozzi for 145,000gns.

This year they will offer a 57-strong draft and among their lots on offer are Italian 1,000 Guineas heroine Love Of Dubai (Lot 174), who is in foal to Dawn Approach, Listed winner Semayyel (73), who has been covered by Night Of Thunder, and the Listed-placed Beraymi.

Where/When Park Paddocks, Newmarket; selling starts at 11.30am today after the TBA stallion parade. Tomorrow's session begins at 10am

Another horse who could have plenty appeal in the ring is the Michael Dods-trained Easton Angel (100), a four-year-old daughter of the commercially popular Dark Angel, who is a dual Listed winner and has also placed in Group 2 company. She will be offered by Bill Dwan’s Castlebridge Consignment.

Before the first session, which gets underway at 11.30am, those visiting Park Paddocks can see the annual Thoroughbred Breeders’ Association stallion parade which will feature the likes of Adaay, Eagle Top, Pearl Secret, Due Diligence, Mustajeeb, Gregorian, Telescope, Mattmu and Heeraat.