Bloodstock Latest SALE OF A LIFETIME

Adam Wragg bought Fly To The Top for just £2,500 at an ordinary Ascot sale 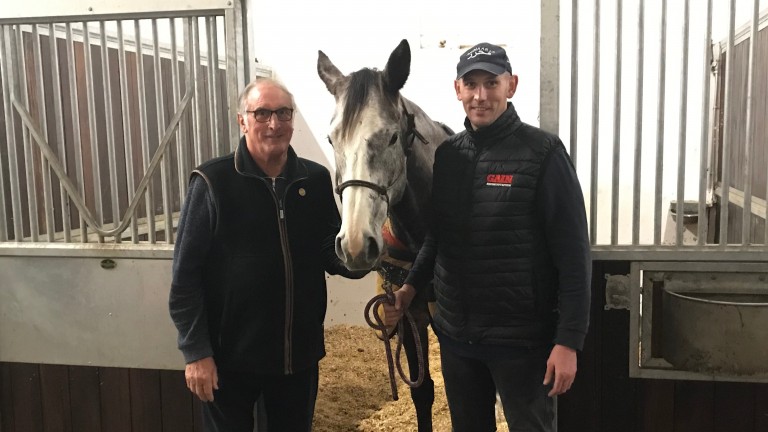 Adam Wragg realised the dream of every breeder on a budget this year when a broodmare prospect he bought for buttons became a half-sister to a Classic winner only months later.

Wragg, who owns Carlton Stud in Warwickshire with his father Graham, had paid just £2,500 for the unraced three-year-old Mastercraftsman filly Fly To The Top at a bread and butter Tattersalls Ascot Sale in November 2018.

The catalogue page showed that she had an unraced two-year-old half-sister by the mighty Frankel named Anapurna, a not insignificant detail that drew Wragg's eye, and the purchaser's inkling that this was a pedigree on the verge of a major update proved correct when that sibling came out and won the Lingfield Oaks Trial, the Oaks itself and the Prix de Royallieu.

Having resisted some seductive private offers for Fly To The Top, Wragg is now cashing in his chips as he presents the mare, in foal for the first time to Mukhadram, as lot 1,470 in Monday's opening session of the Tattersalls December Breeding-Stock Sale.

Many might have taken the money and run far sooner, but Wragg was happy to wait.

“After the Oaks, we received a few six-figure offers without the agents even coming to see the mare,” he says. “We also had invitations to some of the big midsummer sales but I've been to Tattersalls in Newmarket enough times as a buyer and set myself a budget and never been able to buy a horse there. 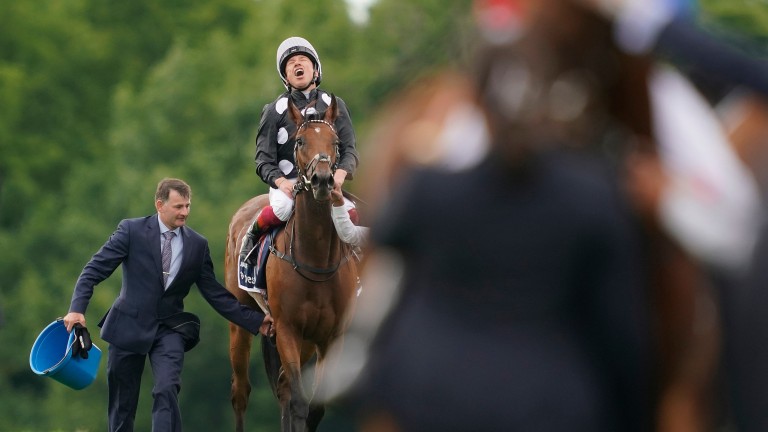 “So we're going to the December Mares' Sale, as I know from personal experience it's probably the strongest market in the world. I believe we'll get the true market value for Fly To The Top there.”

But surely Wragg must have been tempted?

“I can't say we weren't,” he admits, “but we're lucky to be in a position that we were able to hold out and, ultimately, I never really wanted to sell her anyway.

“My dad and I never bought her with the intention of selling her, but we have to face the reality that we bought a sister to an Oaks winner and she has a certain value, so it's only common sense to sell. I'll be sad to see her go as I don't think I'll ever buy another one with a page anywhere near as good.”

Indeed, Anapurna's Group 1 heroics are not the only update in this marvellous Meon Valley Stud family tracing back to Milligram and One In A Million.

She and Fly To The Top are out of Yorkshire Oaks runner-up Dash To The Top, a Montjeu half-sister to Listed scorer Dash To The Front, the dam of dual Group 1 victress Speedy Boarding and granddam of this season's Queen's Vase winner Dashing Willoughby.

Assuming the beautifully bred Fly To The Top's trip through the ring on Monday results in a tidy profit, Wragg is not intending to go on a sudden spending spree to restock on broodmares.

“I had looked to find another like Fly To The Top in the exact same Ascot sale that we sourced her at, but the horse we selected was withdrawn,” he says. “We've got two or three broodmares at home, which we're happy with, so we're not in a rush to replace her, but I will do in time.”

Nor will Wragg, with more money in his pocket, be looking to splash out on flashier mares.

“No, we'll always be looking for something similar to Fly To The Top,” he says. “All of our mares have been cheap up until now, and they're all nice mares, even if we had to put two of them in training ourselves to get them to win their races.

“The profit will mean, though, that we can have more horses in training. That's what we live for: we love racing. The aim is to have a couple of runners on the Flat and a couple over jumps. It'll just help all the bills to be paid.”

He adds wryly: “If we're lucky, there might just be £2,500 spare to buy another broodmare.”