Martaline, King's Theatre and Oscar among the most popular stallions 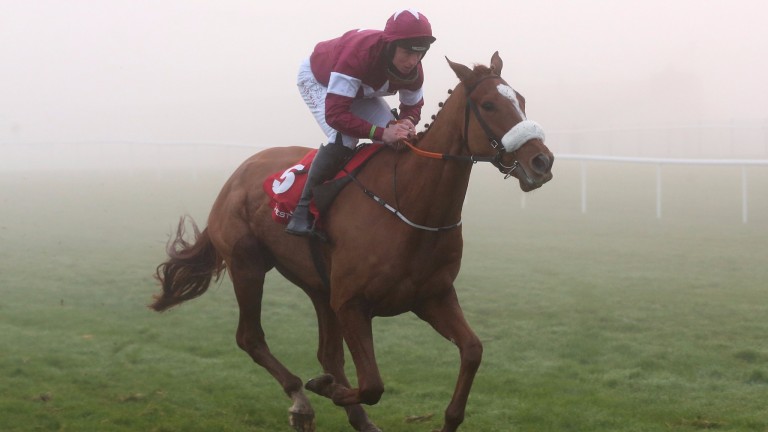 Boutique sales of jumps horses attached to race days at Cheltenham, Punchestown and now Aintree provide a welcome tonic to the vagaries of stallion fashion in evidence at most auctions of young stock, especially those bred for the Flat.

With most of the lots on offer already having proved their ability in the point-to-point field, in bumpers or in France, the focus is on performance over pedigree – although buyers might be tempted to dig a little deeper, of course, if an exciting prospect comes with the bonus of being by an in-vogue sire.

The 50 form horses sold for six-figure sums at Tattersalls Ireland at Cheltenham, Goffs at Punchestown and Goffs UK at Aintree and Doncaster in 2016 were by 35 different sires, although a few well-known names do figure at the top of the pile.

Progeny of Haras de Montaigu stalwart Martaline, sire of stars such as Agrapart, Dynaste and Very Wood, were extremely popular, with five of varying backgrounds sold for £100,000 or more this year. The most expensive was Enghien hurdles winner Poker Play, sold to Horse Racing Advisory and David Pipe for £280,000 this month, while Irish point-to-point performer Espoir De Teillee made £220,000 for a bid from Roger Brookhouse at Doncaster in May.

King's Theatre and Oscar, mainstays of the leading jumps sire list and always commercially popular, each had three graduates from between the flags sell for six figures this year.

But many other more unheralded sires were also able to supply a jumper with promise who sold for big money.

The late Woodlands Stud resident Germany sired only four foals in 2012 – the year his outstanding son Faugheen would make a dazzling debut in a Ballysteen point – and they included Samcro, a £335,000 purchase by Gordon Elliott at Aintree in April after the horse had won at Monksgrange. Samcro looks a mighty exciting prospect after landing a Punchestown bumper by a street last month.

Prix Ganay winner Pelder, a half-brother to Derby winner Oath who stood at Greentree Stud, sired just three foals in 2012 but one of those was Burren Life, bought by Elliott for £135,000 at Cheltenham in February after he was an unlucky faller at Belharbour. He finished second at Punchestown on his debut for his new trainer this month.

The best example of this democratisation of sire power in the world of point-to-point trade was perhaps Just A Par, sold to Paul Nicholls for £260,000 at Cheltenham in 2012 and a future Bet365 Gold Cup winner for the trainer. He remains one of only two runners under rules for his obscure sire Island House, a prolific stakes winner for Geoff Wragg in his heyday.

Those trainers and agents who look past fashion at the foal and store sales to find genuine athletes for next to nothing and then transform them into valuable jumps prospects must be considered among the shrewdest judges in the bloodstock industry.

It provides food for thought as jumps breeders consider mating plans for 2017, too.

FIRST PUBLISHED 8:00PM, DEC 17 2016
With most of the lots on offer already having proved their ability in the point-to-point field, in bumpers or in France, the focus is on performance over pedigree