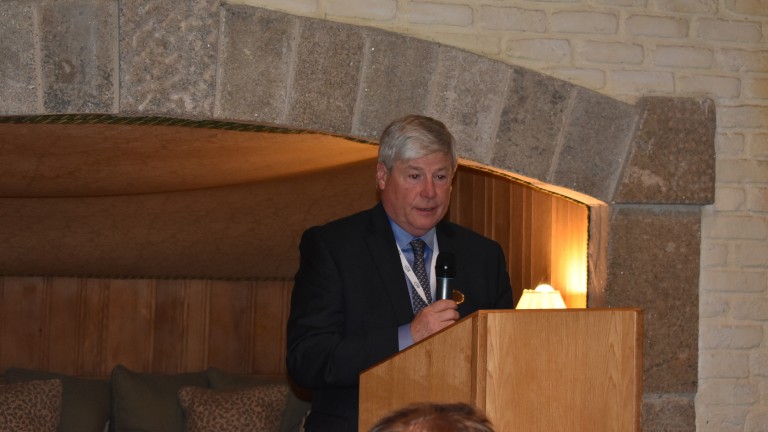 Brexit and the impending Animal Health Law were at the fore of discussion at the European Federation of Thoroughbred Breeders’ Association recent autumn meeting in Newmarket.

Representatives from 13 breeding countries agreed that the EFTBA must continue to lead the lobbying campaign to ensure there will be no restriction on the movement of horses after Brexit and the need to mirror provisions between the EU and third countries.

Under the current chairmanship EFTBA has secured observer status on the EMHF (European and Mediterranean Horseracing Federation) and will continue to work closely with racing authorities to maintain harmonised and consistent rules across member countries.

The attendees were concerned that Regumate had been deemed a prohibited substance at all times by the BHA, citing this as a welfare issue for breeders. EFTBA are to actively pursue this over the next few weeks to seek clarification on a number of technical issues.

Responsible ownership and welfare of the thoroughbred was also a hot topic and EFTBA member countries were encouraged to look at any project in this area over the coming year. The meeting discussed the need to nurture the next generation and encourage as many young people to get involved in the industry. A future generation seminar is planned for Ireland in 2020.

EFTBA chairman Joe Hernon was delighted with both the turnout and the engagement of members.

Commenting on the meeting, he said: “There are many challenges facing the industry in the foreseeable future and it is paramount EFTBA take a lead role in ensuring we secure the best deal for breeders.

"We need the industry to work together, with cohesion, and to the same standards, this includes testing regimes and their methodology as this allows for fair and open competition.

"We must continue to highlight the economic significance of the thoroughbred industry throughout Europe and ensure that no unworkable restrictions will be placed on the movement of horses in the near future.”

Death of Notnowcato, three-time Group 1 winner and dual-purpose sire, at 17

FIRST PUBLISHED 7:52PM, DEC 11 2019
We must continue to highlight the economic significance of the thoroughbred industry throughout Europe