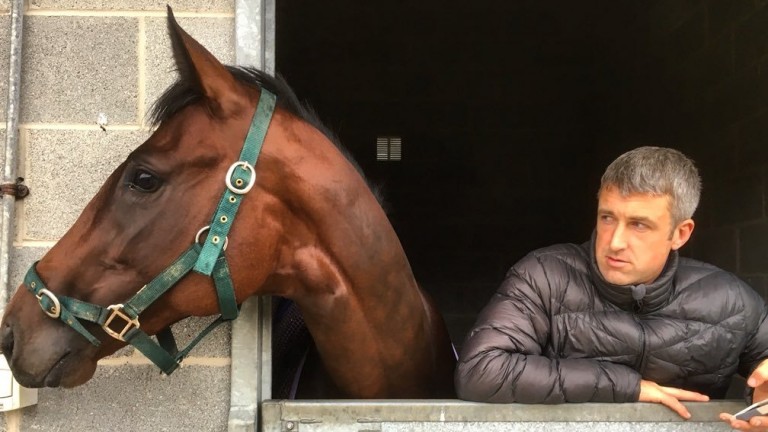 After Leamore Horses sold impressive point-to-point winner Wide Receiver to Tom Malone and Gordon Elliott for £410,000 at Cheltenham in February – less than eight months after buying the son of Sholokhov as a store for just €25,000 – it can safely be said that the husband and wife team behind the young operation, Cormac Farrell and Anna Calder, know a thing or two about developing racehorses and trading them for profit.

However, it has not always been plain sailing for Leamore Horses, and Farrell admits with refreshing honesty that a first foray into pinhooking yearlings to resell as two-year-olds in training in the spring of 2017 was “a disaster”.

Made more streetwise by that chastening experience, he and Calder are back at this year's breeze-up sales with a fresh draft of juveniles, starting with colts by Dutch Art and Footstepsinthesand and a Kendargent filly at Tattersalls Craven this week. Suffice to say, those lots have benefited from some important lessons learned by their vendors.

Farrell who, like Calder, has a background in the eventing sphere, explains the stuttering start to the rising force of Leamore Horses.

“I worked for various trainers – Jim Bolger, Sir Mark Prescott and Paul Webber – to get some grounding and then spent some time in America with Graham Motion and the renowned breeze-up consignor Cary Frommer, who taught me a lot,” he says.

“When I got back to Ireland I didn't really know what to do, so we got some friends together and bought a few yearlings with the intention of pinhooking them. It was a disaster. We had four horses: one of them died, we brought two home and managed to sell just one, although both the ones we bought back eventually won maidens and got sold on.”

After a year out of breeze-up consigning – “it took us time to recover,” Farrell laughs – he and Calder re-invested in nine yearlings last year.

The burning question is how another disaster with the current sales offerings is being averted.

“The first time we prepared the two-year-olds we thought the breeze was the be-all and end-all,” says Farrell. “We were too focussed on getting them to do a fast time on the day but they weren't physically ready and they couldn't do it.

“We knew they were nice horses and so were happy to take them home, and they won their maidens, but they took a long time to recover because of how we prepared them and we weren't happy with ourselves at all.

“It's a totally different approach this year. We've trained the horses to race, not to breeze; they're all nicely educated, sound-minded horses and haven't been pushed. Okay, we might sharpen them up a little for the breeze, but essentially they're all chilled out racehorses.

“We're a lot more relaxed about it this time, we're giving them time to let them show their best, educating the horse for the future not just the next day. We've already pulled out a horse from the Guineas breeze-up – he just got a touch of sore shins, but he won't be ready for it so there's no point pushing him.”

Although the first breezers were a disaster from a profit perspective, it is worth remembering that they and indeed many of the horses who have graduated from the Leamore Horses academy have done the business on the track.

All three of the auction two-year-olds of 2017 graced winner's enclosures – Merkava for Robyn Brisland, Max Velocity and Sagittarius Rising for Farrell – while Wide Receiver was not the first promising pointer nurtured by the operation; there was also Thunderstruck, picked up as a store for €10,000 and a scorer at Loughanmore before being sold to Gerry Hogan for £125,000 at Cheltenham last May. The son of Fame And Glory has finished second in bumpers on both starts for Emma Lavelle this season.

Furthermore, Farrell also saddled Young Dandy, a Dandy Man colt who had gone unsold at last year's Ascot Breeze-Up Sale, to 'win' a Dundalk barrier trial in the summer of 2018 before selling him to race in Hong Kong.

Recalling his biggest earners in the ring, he says: “We're determined to take a patient approach and Thunderstruck, for example, won in the May of his four-year-old season even though he'd been ready to run earlier. But he went a bit light and we just said right, leave him alone, he'll be one for the summer.

“On the other hand, Wide Receiver came to hand very early. He never missed a beat – he's just a proper, proper racehorse. Mind you, although we liked him a lot, when he won at Cragmore in February we were a little surprised just how easily he did it. It took Simon [Cavanagh, jockey] about three quarters of a mile to pull him up. He must have some engine.”

Sale-ring dividends have been poured into the Leamore Horses base, Farrell's parents' farm in Bunclody, County Wexford. “Each time we get a few quid it goes back into the place; we're getting new facilities and better stock all the time,” Farrell says.

Of the next trio set to contribute to the coffers this week, he adds: “The Dutch Art colt (lot 42) is very nice and he looks quick, although the penny hasn't quite dropped with him just yet and he might be one for later in the season.

“The Footstepsinthesand colt (86) is ready to go. He could be entered to make his racecourse debut as soon as his connections get him home. He should win a maiden and then who knows what.

“As for the Kendargent filly (130), she's a beautiful mover, loves her work, and could be one more for a midsummer debut.”

Where those lots stop the clock may no longer be a pressing concern for Farrell, but he is confident they should at least present themselves to buyers as professional athletes.

“They're straightforward, no kinks in them,” he says. “Anna spends a lot of time teaching the horses to be ridden correctly so they develop muscles properly, which is half the battle as they're then able to use their back half to give themselves the push they need to accelerate in their races.”

With such dedicated care for the horses, and Farrell's newfound piety for patience, there should – touch wood – be no sale-ring disasters this year. 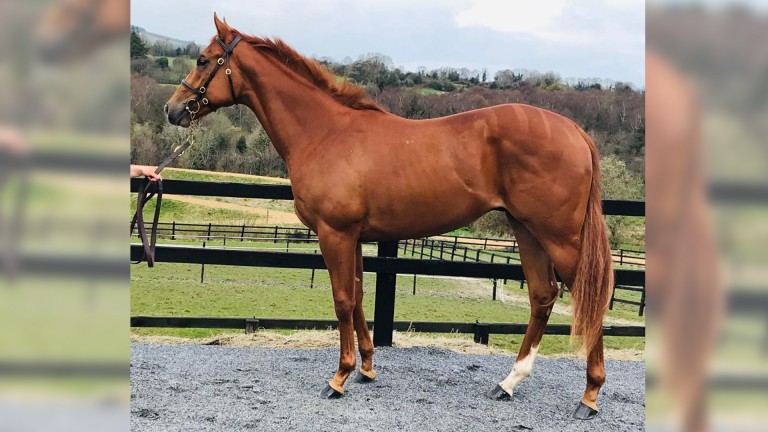 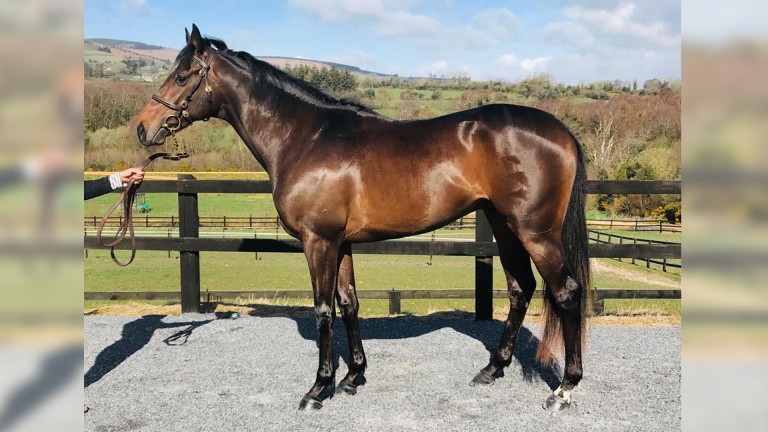 Lot 86 from Leamore Horses, a Footstepsinthesand colt out of the Listed-winning Montjeu mare Halong Bay 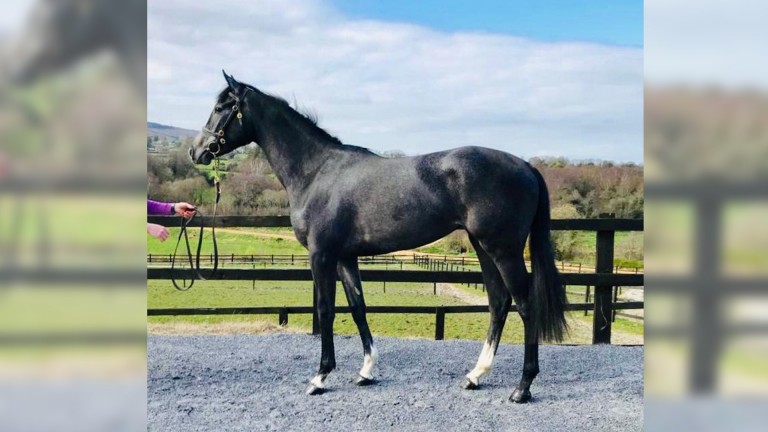 Lot 130 from Leamore Horses, a Kendargent filly out of the Listed-placed Nuit D'Ete

FIRST PUBLISHED 5:55PM, APR 15 2019
It's a totally different approach this year. We've trained the horses to race, not to breeze