Breeders must produce for the market they have, not the one they want 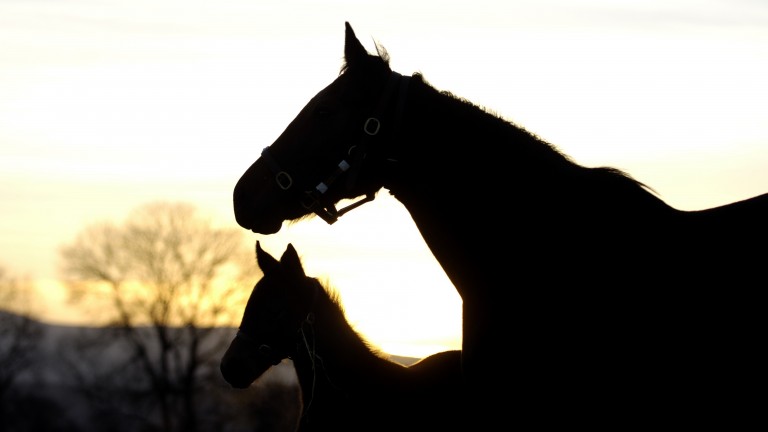 Christmas, traditionally a period for reflection, could not have come at a better time for those within the bloodstock industry as the latest round of sales have provided plenty of food for thought.

It has been a year of soaring highs but also sobering lows for some of those operating away from the buoyant top end of the market, as the gap between the upper and lower tiers has become increasingly marked.

Many believe this is a case of demand dwindling due to the lack of prize-money, particularly at the lower levels.

While there is undoubted validity to this argument, breeders should proceed with the knowledge that their calls for increased purses are unlikely to be met in the near future.

We were given a stark reminder of this on Monday when Arena Racing Company (Arc) announced it would be slashing its contribution to prize-money in Britain to the tune of £3 million in 2019.

That £3m would have been used to unlock extra prize-money from levy funds for the lower levels of the sport. The changes, which will be effected from February 11, will affect 3,406 races.

Many will find that decision lamentable, but given it has come as a result of the government's crackdown on FOBTs – a call that should be welcomed, even if its consequences are not – Arc may not be the last organisation to reduce its share of prize-money.

The hammer blow of a reduction in prize-money that will hit those furthest down the food chain hardest was compounded on Wednesday by the news that the BHA will be increasing owners' fees by three per cent in 2019.

"We appreciate that any rises in fees are unwelcome for our participants, but the increase in fees that we are announcing today is essential if the BHA is to deliver on its various responsibilities to British racing," said chief executive Nick Rust.

And all this comes at a time when the spectre of Brexit looms large over the industry.

Quite what Brexit means for the bloodstock world remains anyone’s guess. But even if its impact on the market is virtually impossible to measure with any degree of accuracy, we can be sure it will have eroded the confidence with which bloodstock can be invested in.

It is these external factors – and they impacts they bring – that should be at the forefront of breeders' minds as they plan their 2019 matings.

While true enough that more prize-money would help stimulate demand, if breeders wander into a perfect storm of Brexit, spiralling costs and dwindling returns armed with nothing more than a call for greater prize funds, they are in for a nasty shock.

Instead, breeders should be battening down the hatches as the balance between supply and demand – call it what you will, under-demand or overproduction – is becoming dangerously out of sync.

As with any luxury goods market, the most in vogue bloodstock will always be in demand.

But with myriad external factors exerting pressure on the bloodstock market, life below that level will not be so straightforward, as those horses of inferior quality, or perceived as inferior, will continue to prove difficult to sell – for a profit, at least.

That truth was self-evident throughout the 2018 sales circuit; it was most conspicuous at the breeze-up sales in the spring and in lower-level foal and yearling sales in the autumn, and likely will be in 2019 and quite possibly beyond.

And where bloodstock differs markedly from other luxury goods markets is that anything produced surplus to requirements cannot simply be recycled or repurposed. For that reason, every breeder should be looking long and hard at which mares are being bred from and which stallions are being used in the coming weeks.

There is an admirable resilience being shown by many in the industry, and it is such positivity that will prove invaluable in overcoming the issues at hand. But it must not come at the expense of pragmatism in what are unquestionably challenging and uncertain times.

A range of problems lie ahead, but the matter of unwanted stock can, at least in part, be tackled at conception.

While breeding is undoubtedly a personal endeavour, there remains a collective responsibility to produce for the prevailing market conditions.

If you found this of interest, you should also read...

FIRST PUBLISHED 5:32PM, DEC 20 2018
A range of problems lie ahead, but the matter of unwanted stock can, at least in part, be tackled at conception