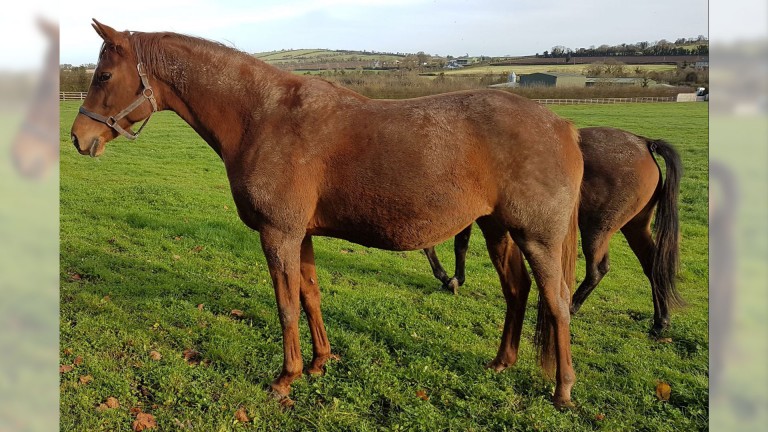 Although two Keeneland September sale-toppers, Mendelssohn and Declarationofpeace, entered the winner's enclosure on Breeders' Cup weekend at Del Mar, not all those decorated in carnations realised seven-figure sums at public auction.

Or even a six-figure sum, as was the case with Sprint hero Stormy Liberal, who was claimed for the comparatively small amount of $40,000 last October.

Now the winner of eight of his 22 starts, the son of Stormy Atlantic led home a one-two for the Peter Miller stable, but also gave a significant pedigree update to a mare all the way on the other side of the Atlantic.

Shimmering Moment, a ten-year-old Afleet Alex half-sister to Stormy Liberal currently in foal to Galileo, was picked up by BBA Ireland for $280,000 as a yearling at the 2008 Keeneland September Sale from Dapple Stud, and was raced by the Gittins family of Castlefarm Stud in County Kildare.

A three-year-old maiden winner for Sir Henry Cecil, she won a Dundalk Listed race and finished second in a valuable Meydan handicap at four for Irish trainer James Hartnett, and second to the talented filly Laughing in a US Grade 3 at five for trainer Francis Abbott.

Born in the USA

"We bought Shimmering Moment as a yearling in '08 - she was a very good race filly, from a very good family," said Mark Gittins.

"We felt she belonged in America. We felt the turf racing there would suit her and that she would handle the fast ground. She was second to that very good filly Laughing in a Grade 3."

Gittins added that the mare's excellent pedigree - hailing as she does from the illustrious family of Henrythenavigator and Magician - enhanced her appeal.

"Shimmering Moment was a very good mare in her own right and has a lovely back pedigree, and is a very exciting mare to have," he said.

"She raced on until five and was retired quite late. She was in foal to Speightstown when we brought her back from the US. The resulting foal is now a lovely three-year-old prospect, which we have retained to race.

"We then rested the mare and gave her a late cover, but nothing went right for her and we had to pull up stumps. We then found the issue with her and got that fixed, so now hopefully she will be straightforward enough - and she is in foal to Galileo.

"It's great to have the bonus of a Grade 1-winning sprinter on the page. The family has worked well with Stormy Atlantic - Stormy Liberal's brother Coast Guard placed in a Grade 1 over 1m1f."

While waiting for the Speightstown filly to hit the track, Castlefarm Stud can look forward to offering an Invincible Spirit sister to Shalaa at the Goffs November Sale.

Shalaa was the champion two-year-old colt in France in 2015, having won both the Middle Park Stakes and Prix Morny. He and his sibling are out of Ghurra, winner of her Yarmouth maiden on debut as a two-year-old and Grade 3-placed in the US at five.

The 15-year-old daughter of War Chant was picked up by BBA Ireland for 320,000gns at the 2008 Tattersalls Breeding Stock Sale. 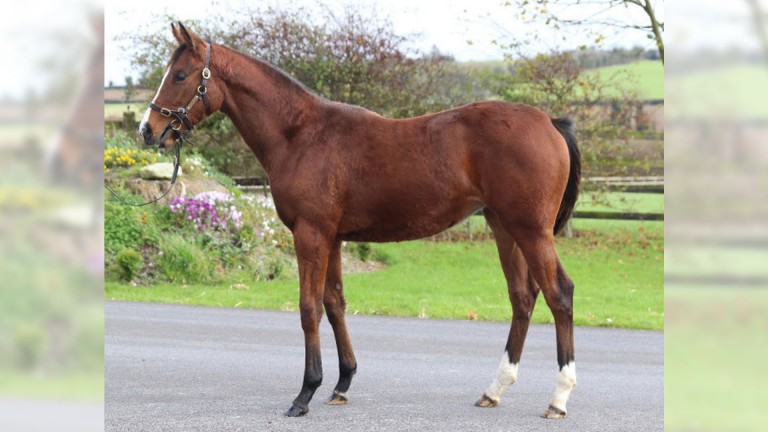 Lot 740: the sister to Shalaa set to be offered by Castlefarm Stud at the Goffs November Sale
Goffs

The Gittins family also enjoyed their fair share of success during the last National Hunt season with the ill-fated Fayonagh - bought by Jamie Codd for £64,000 on behalf of Gittins' mother Maura at Cheltenham last December.

The top-class Kalinisi mare completed a memorable champion bumper double at Cheltenham and Punchestown this spring.

"The long-term aim was to breed from Fayonagh," said Gittins. "But she gave us three or four unforgettable days."