Stakes performers Brooklynsway and Chalon also supplemented for the auction 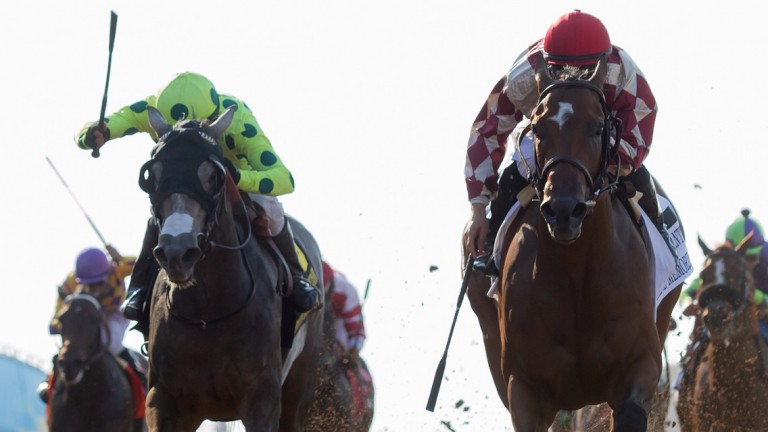 Piedi Bianchi, who has twice finished in the frame in Grade 1 contests this year, will take up an engagement in the Fasig-Tipton November Sale after she rounds off her two-year-old season with a bid to land the Breeders' Cup Juvenile Fillies at Del Mar.

The daughter of first-season sire Overanalyze was victorious on her debut at Del Mar in August and followed that up with a second-placed finish in the Del Mar Debutante Stakes. She was last seen finishing third behind Moonshine Memories in the Chandelier Stakes in September.

Piedi Bianchi will be consigned by Hill 'n' Dale Farms as a racing/broodmare prospect and is one of three supplementary lots added to the auction on Friday.

Grade 3 winner Brooklynsway, who has amassed nearly $725,000 in prize-money, will be offered by Taylor Made Sales Agency as a broodmare prospect.

With stakes wins as a two, three and four-year-old, the five-year-old daughter of Giant Gizmo's biggest victory came when she got the better of I'm A Chatterbox to land the Doubledogdare Stakes in 2016.

Chalon, a leading performer for her sire Dialed In, completes the latest set of late entries for next month's sale. The filly was last seen finishing second in the Grade 2 Thoroughbred Club of America Stakes and her female family traces back to outstanding mare Grey Flight.

The three-year-old could further boost her prospects for potential buyers if she makes her next start in Saturday's Grade 2 Raven Run Stakes. She, too, will be offered as a racing/breeding prospect by Taylor Made.

If you liked this, you should read

Songbird sale at Fasig-Tipton could enter the record books

Sister to American Pharoah on offer at November Sale