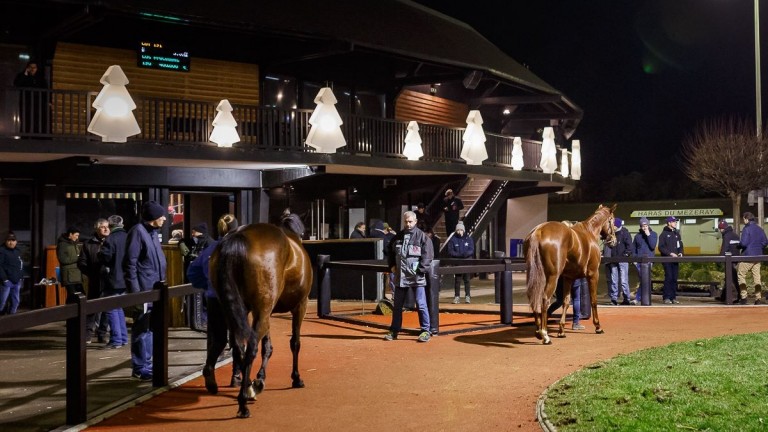 Breeders' Cup Turf runner and Group 1 winner Donjah is one of the highlights in a high-class catalogue for Arqana's Breeding Stock Sale next month.

The four-year-old daughter of Teofilo will bid to add to her Preis von Europa triumph at Keeneland on Saturday, facing the likes of Magical and Lord North, but she is also entered for the sale as lot 182 as part of Ecurie des Monceaux's strong consignment.

The auction, which takes place from December 5 to 8 and offers a mixture of mares carrying to Europe's leading sires plus 218 foals, will be restricted to professionals as a result of stricter coronavirus rules.

Donjah was a €100,000 purchase by HFTB Racing Agency from the Baden-Baden September Yearling Sale in 2017, and has gone on to win four of her ten starts so far.

The Henk Grewe-trained filly struck in Group 3 company at two before placings in the Grosser Preis von Baden and Preis von Europa at three, which were followed by victory in the Group 2 Gran Premio del Jockey Club. She shed her maiden Group 1 tag when seeing off Kaspar, Dame Malliot and Barney Roy this summer.

Also among the standout lots on offer is Haras de Bouquetot's Truth (lot 178), an eight-year-old sister to the recently retired globetrotter Magic Wand.

Her famed sister made a name for herself at the Arqana Yearling Sale in 2016, when selling to a Coolmore partnership for €1,400,000. The Group 1 winner has been confirmed to visit Triple Crown winner Justify in Australia. 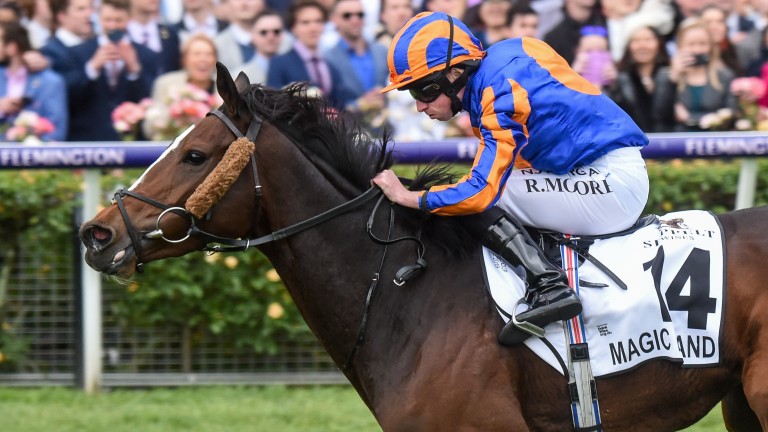 Magic Wand: the globetrotter's sister is up for sale
Racing Photos

Truth has produced the placed Zoffany filly Fact Finding and has a two-year-old filly by Shalaa named Divertissement. She is currently carrying to Siyouni.

The Channel Consignment's Could It Be (lot 474) is another mare to catch the eye, being a full-sibling to Irish 1,000 Guineas winner Misty For Me - the dam of Group 1 winners U S Navy Flag and Roly Poly - plus Prix Marcel Boussac victress Ballydoyle.

Among her produce includes the winning Dansili gelding Mubariz, while she has a two-year-old Le Havre filly named Could Be The One plus a yearling Fastnet Rock filly.

A number of regally-bred foals will also go under the hammer, with sires such as Camelot, Frankel, Kodiac, Le Havre, Sea The Stars and Wootton Bassett represented.

Among the first-crop sires with foals for sale are Cracksman, Expert Eye, Harry Angel, Recoletos and Roaring Lion.

Canice Farrell back on the road with Tattersalls sale dates looming