Breeder of the Week BEARSTONE STUD

Abbaye again on the agenda for the Holdcrofts' Dream Ahead filly 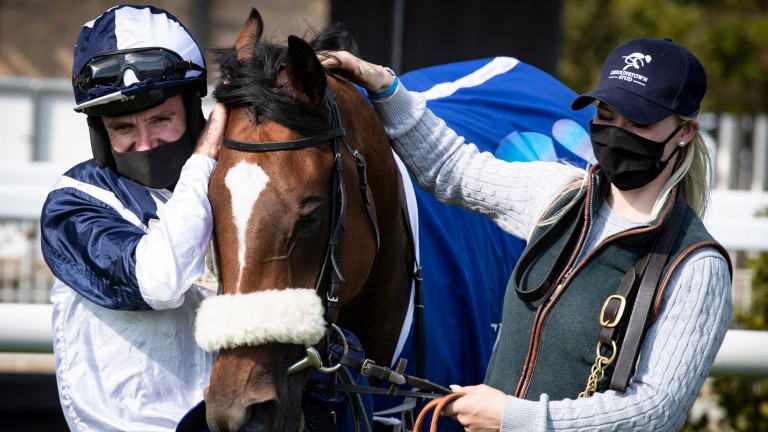 Glass Slippers is a force to be reckoned with, particularly at the first signs of autumn, and there could be more chapters yet in a remarkable career for Terry and Margaret Holdcroft’s star homebred.

The winner of six races, including the Prix de l'Abbaye by a blistering three lengths last October, and the Flying Five Stakes on Sunday, the daughter of Dream Ahead has been a fine flagbearer for Bearstone Stud.

Stud manager Mark Pennell said: "She’s certainly put us on the map. We’ve had 28 homebred winners this season, but to get a double Group 1 winner like Glass Slippers is amazing and it’s all down to Terry and Margaret Holdcroft, who have worked so hard and bred all these horses for so many years.

"To keep one and get a Group 1 winner to breed from is just amazing for them.”

The Abbaye will be the next port of call for the four-year-old, where she could face her Goodwood conqueror Battaash, while the Breeders' Cup is another possibility.

Pennell added: “We received an entry straight away for the Breeders’ Cup [Turf Sprint], so that’s certainly a consideration. It’s not a definite yet, we’ve got to speak to Kevin [Ryan], but obviously we’ll be considering that strongly. 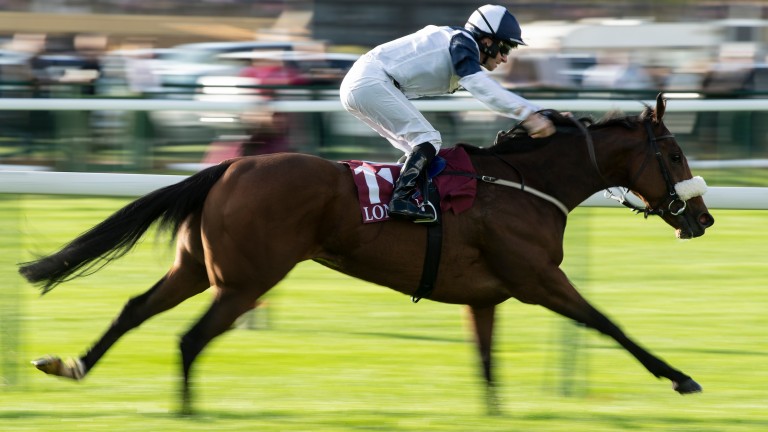 Glass Slippers: will attempt to defend her Abbaye crown at Longchamp
Edward Whitaker

“Her next target will be the Abbaye, she seems to be a backend filly so hopefully it’ll work out for her.”

Connections have not ruled out keeping Glass Slippers in training next year, citing the unusual season as a result of the coronavirus pandemic.

Pennell said: “We haven’t ruled out keeping her in training as a five-year-old, what with this year being such a sticky season with Covid and everything else.

In another exciting chapter to the story, Bearstone Stud has 56 yearlings heading to Britain's yearling sales, including a Twilight Son filly out of Aunt Nicola, a half-sister to Glass Slippers.

Pennell said: “Aunt Nicola, who we bought back last year, is a half-sister to Glass Slippers and she's got a Twilight Son filly going to Book 3 in the [Tattersalls] October Sales [lot 1691].

"We’ve got a foal by Washington DC out of She Mystifies – who is a half-sister to Glass Slippers – and that’s in the [Tattersalls] December Foal Sales. Right down to the third dam, we’ve bred everything on that page."

Australia has his day as Galileo Chrome strikes Doncaster gold

FIRST PUBLISHED 2:00PM, SEP 14 2020
We’ve had 28 homebred winners this season, but to get a double Group 1 winner like Glass Slippers is amazing