Breeder of the Week LAEL STABLES

A superstar dynasty continues for Roy and Gretchen Jackson 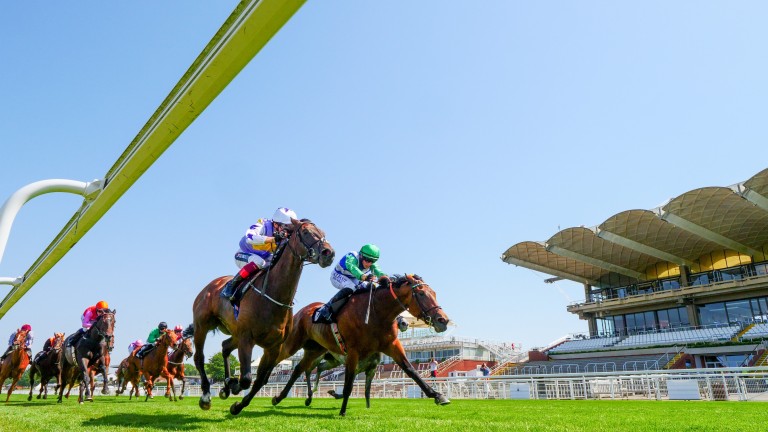 Roy and Gretchen Jackson are not unfamiliar with big-race doubles – back in 2006 they managed about as impressive a feat as it is possible to imagine for a breeder when responsible for a Kentucky Derby and a 2,000 Guineas winner on the same day.

Those in Britain will always remember George Washington, bought by Coolmore at Tattersalls and electric on the Rowley Mile as Kieren Fallon powered away from future Derby winner Sir Percy. Across the Atlantic at Churchill Downs, Barbaro carved himself into history in the blue and green colours of the Jacksons' Lael Stables as a six-and-a-half-length victor in the Run For The Roses.

Sadly the lives of both were fleeting and came to an end in high-profile races, George Washington in the following year's Breeders' Cup and Barbaro on his very next start in the Preakness.

The Pennsylvania-based couple have had an involvement in racing since the late 1960s, and more enduring fortune stateside with the likes of Showing Up, who ran in Barbaro's Derby and became a stallion after notching two Grade 1s, as well as the top-class turf mare Check The Label from their broodmare band in Kentucky.

Their smaller offshoot based at Peter Stanley's New England Stud in Newmarket has been just as noteworthy as it descends from their first European purchase Superstar Leo, whose daughter Enticing produced both One Master and Prompting to score at Glorious Goodwood last Thursday.

Roy Jackson has recalled that Gretchen spotted Superstar Leo in winning action and they arranged a deal to buy her privately. Bred by Lester Piggott and friend Tony Hirschfeld's Cheval Court Stud, she was bought back by Piggott's daughter Maureen Haggas for 3,400gns at Tattersalls and took the 2000 Norfolk Stakes at Royal Ascot for a partnership including the legendary jockey and trained by his son-in-law William Haggas. 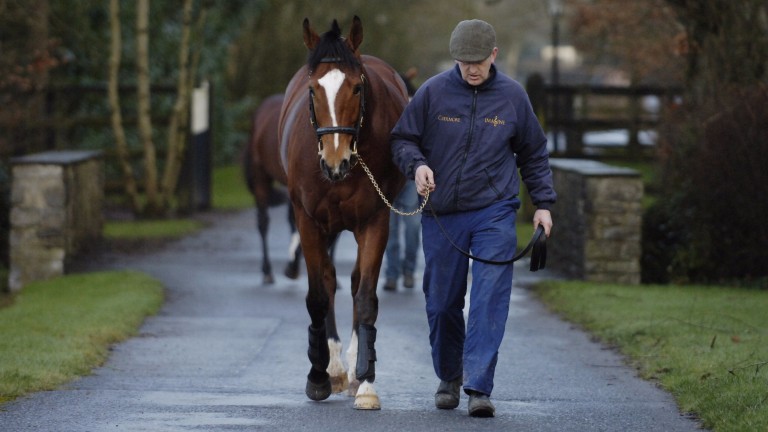 By the time she had run away with the following month's Weatherbys Super Sprint, Superstar Leo belonged to Lael, and she went on to land the Flying Childers and finish second to Namid as a rare two-year-old in the Prix de l'Abbaye.

Enticing is the best of her ten winning foals to date, a Pivotal-sired sprinter in her mother's mould who took the Molecomb and King George Stakes at Glorious Goodwood.

"The Jacksons have been incredibly successful breeders and are very special people to look after horses for," said Stanley, who has a handful of the direct family under his care in Newmarket.

"They are very game, easy to advise and love the sport. They bred a 2,000 Guineas winner, George Washington, and a Kentucky Derby winner on the same day, which was a pretty remarkable achievement. To have another double at a festival meeting like Glorious Goodwood is really pretty good too."

One Master, who came with a show-stopping run in the Oak Tree Stakes, is the latest scion and one who, but for the Jacksons' sporting decision to keep her racing at six, would have retired as a back-to-back winner of the Prix de la Foret. Now, a third is very much on the cards for the daughter of Fastnet Rock.

Prompting, her gelded Bated Breath half-brother, has been a real success story for David O'Meara and The Seaside Syndicate after his third handicap win on the bounce in the valuable Unibet Golden Mile.

The Jacksons have made other successful in-training purchases, such as dual Oaks runner-up Architecture and German Guineas scorer Hawksmoor but Superstar Leo very much sets the bar.

"They understand the problems horses have and always want the best for them," Stanley said. "They've founded a great dynasty starting with Superstar Leo, the foundation mare. Her homebred daughter Enticing was a stakes winner at two, three and four, and now they have a dual Group 1-winning daughter to retire to stud and start a fourth generation." 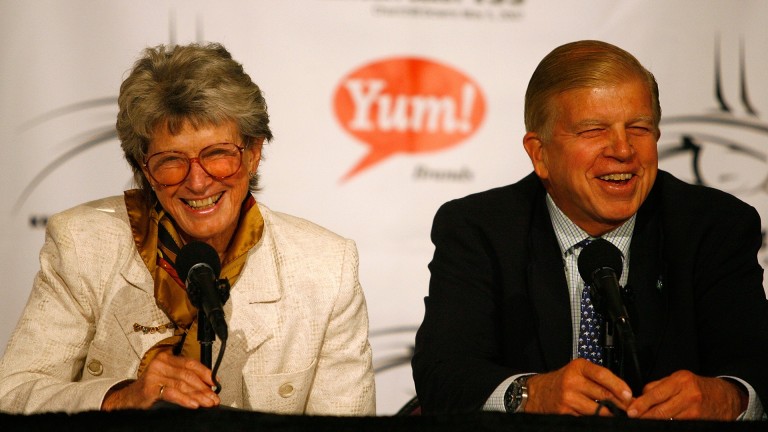 Gretchen and Roy Jackson, pictured in 2007, have been actively involved in racing since the late 1960s
Jamie Squire

He reported: "Enticing has a full-brother foal [to One Master] and is back in foal carrying a full-sister."

This affection that the couple, who are based in the genteel horse country of West Grove, have for the thoroughbred runs deep. They sought every avenue in order to save Barbaro, who succumbed from laminitis a few months after breaking his leg and are strident opposers of raceday medication.

Stanley pinpoints another more recent example for the folder.

"To give you an idea of how much they love their horses, they took Superstar Leo, who was retired here, back to America to have at their farm about three months ago," he said. "There aren't many people who would fly a retired mare back – that's pretty out of the ordinary."

FIRST PUBLISHED 3:16PM, AUG 31 2020
They understand the problems that horses have and always want the best for them