Agent picks up another Pierro colt for session-topping A$400,000 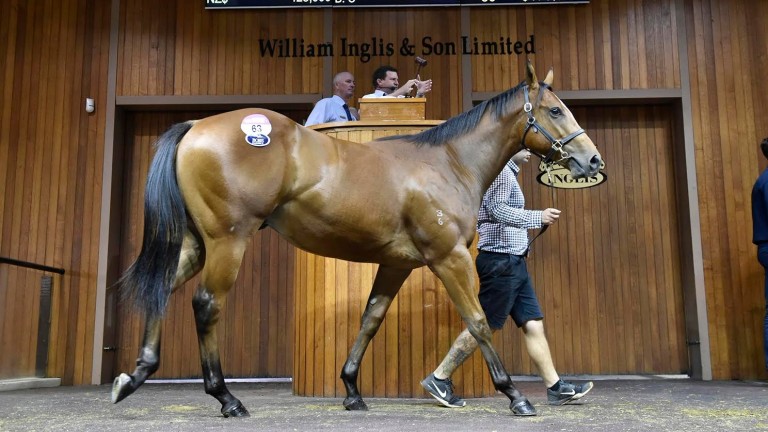 A total of 116 yearlings were sold on Sunday, a day that comprised the beginning of book 1 followed by the Blue Riband session, which is designed to offer yearlings thought likely to be the best Classic and staying prospects. 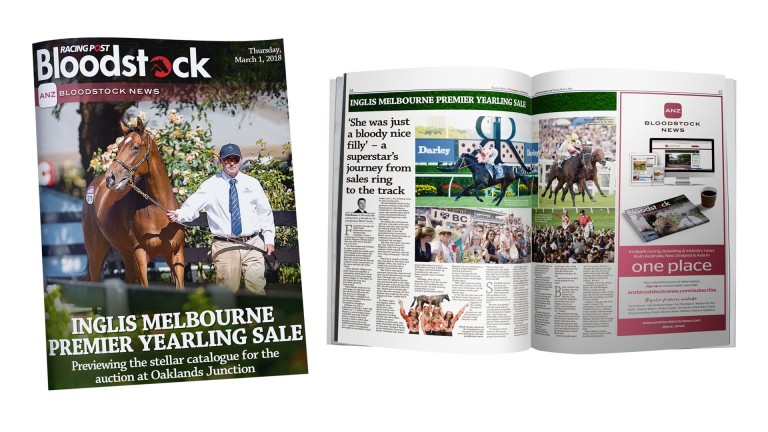 While the overall clearance rate for the day came in at 80 per cent, Webster is optimistic it will improve as the week progresses and is also delighted by the return to the sale of buyers like James Harron, whose A$400,000 (£225,000/$310,000) purchase of a Pierro colt was the joint highest of the day.

“I would describe day one as solid. The average price held from last year and the clearance rate was respectable at 80 per cent. The gross is up, but is very much on par to last year,” Webster said.

“I have got used to 90 per cent clearance rates, so I would like the clearance rate to improve, and that will certainly happen. At the end of day one last year it was 81 per cent and it improved to 88 per cent.

“I think the spread of the buying bench is a real highlight of this sale. James Harron came last year, but didn’t buy anything and he has bought the top lot.

“Quite often at Premier after one day there can be one of two Victorian trainers dominating the buyers sheet, but I don’t think we are seeing that this year.”

Harron is familiar with racing the progeny of Pierro, having had Listed success with his daughter Satin Slipper last year, and also spent A$1.05 million on a colt by the Coolmore Stud-based stallion at the Magic Millions Gold Coast Yearling Sale in January.

This latest recruit, brought to the sale by Supreme Thoroughbreds, is out of the Group 1 placegetter Scandiva (Fastnet Rock), who is a half-sister to the Group 1-producing stallion Magnus, and the unraced Helsinge, the dam of the great Black Caviar and Vinery Stud-based stallion All Too Hard.

“He is a cracking colt with a magnificent pedigree," said Harron. "We are big believers in Pierro. He has done a great job so far and is running at a really high stakes winners to runners ratio, which is a really good guide for a young stallion."

Sunday's other A$400,000 lot came during the sale's Blue Riband session, and was bought by Paul Moroney Bloodstock having orginally been passed in through the ring. Consigned by Blue Gum Farm, the colt is a son of Coolmore's reverse shuttler Fastnet Rock and out of the dual Group 2-winning mare Bird Of Fire, who is the dam of the stakes-placed Firehouse Rock.

Moroney’s brother Mike, who has stables at Flemington and Matamata in New Zealand, will train the horse.