Progeny of Galileo, Dubawi and Frankel among the eyecatching offerings 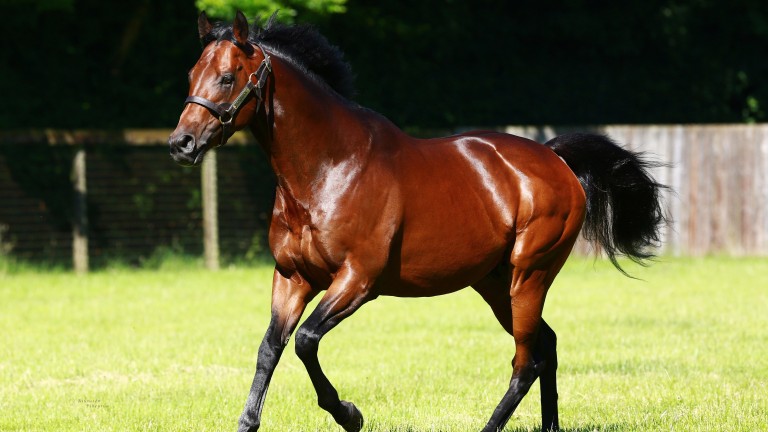 Kingman: the Banstead Manor resident is due to be represented by four first-crop yearlings at the Orby Sale
Juddmonte Farms/Asunción Piñeyrúa
1 of 1
By James Thomas UPDATED 2:54PM, AUG 14 2017

The talent that can be unearthed at the Goffs Orby Sale has been well advertised during the current campaign, with both Ribchester and Here Comes When landing Group 1 prizes. And the sales house has no doubt whetted the appetite of buyers with the online release on Monday of the catalogue for the 2017 renewal of its flagship auction.

This year's Orby promises to be a stellar edition, with the 468 lots scheduled to come under the hammer featuring a plethora of well-related yearlings, including seven by perennial champion sire Galileo; 11 by his Classic-winning half-brother Sea The Stars; and three apiece by Dubawi and Frankel.

Among the noteworthy lots from established sires are a Dark Angel colt out of a sister to Domedriver (Lot 102), consigned by the Irish National Stud, who will also offer an Invincible Spirit brother to Cable Bay (164); representing Galileo is a colt out of Second Happiness, a half-sister to Kingmambo (180) from Camas Park Stud; Dubawi has a half-sister to Zoffany (251) from the draft of Croom House Stud; while Baroda and Colbinstown Studs offer a Frankel colt out of English, Irish and Yorkshire Oaks winner Ramruma (148).

A host of exciting first-crop sires are also due to see their first yearlings go through the famous Goffs sales ring, with Australia's 18 lots including a filly out of a sister to leading US sire Tapit (355); War Command's 13 representatives are due to include a half-sister to Prix Ganay winner Cloth Of Stars (217); while the four catalogued lots by Kingman very much represent a case of quality over quantity, with a colt out of a half-sister to 1,000 Guineas winner Speciosa (44), a colt out of Group 3 winner and Group 1-placed Cubanita (388), and a colt out of a sister to Immortal Verse (444) sure to pique the interest of buyers.

Goffs chief executive Henry Beeby commented on the release of the catalogue, saying: "Over the last few years the Orby catalogue has featured an ever-increasing share of the best-bred yearlings available and that quality can be seen through the performances of our graduates on the track.

"With so many leading breeders choosing Orby as their first choice for more of their best yearlings, this can only increase the chances of buyers finding their own Ribchester of the future. It's our confident prediction that the 2017 catalogue is better than ever, making the Orby a date that simply must be in every international buyer's diary."

FIRST PUBLISHED 2:02PM, AUG 14 2017
the four catalogued lots by Kingman very much represent a case of quality over quantity

Find out how Frankel fuelled the pedigree of runaway Derby hero Adayar 'Galileo was the start of it as he was our first Derby winner out of Ballydoyle' Who will win battle of the generations as Galileo and Frankel go head to head?