Wings Of Eagles adds another chapter to the Foriens' fairytale 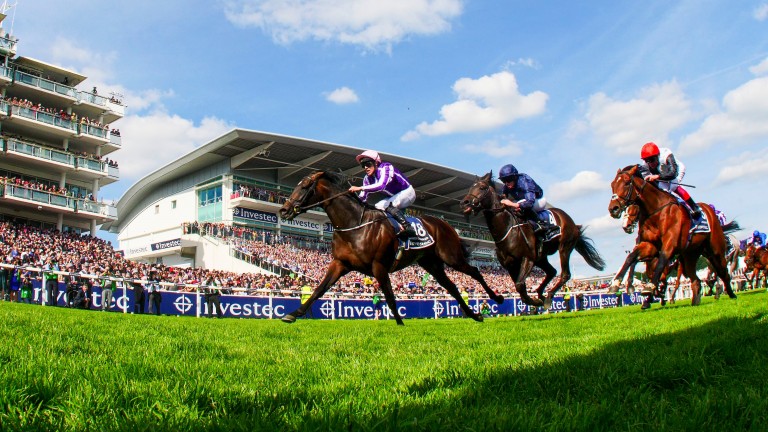 Wings Of Eagles: the son of Pour Moi was a "magnificent foal" according to his breeder
Mark Cranham
1 of 1
By James Thomas and Scott Burton 5:53PM, JUN 7 2017

With a number of plot twists and the most unlikely of heroes not revealing himself right until the final moments, when future generations search for the story of the 2017 Investec Derby they will need to look no further than the thriller shelf. The story behind the winner Wings Of Eagles is, however, altogether more difficult to pigeonhole. There are elements of rags to riches and romance, tragedy and triumph. But for the successful breeders, Aliette and Gilles Forien of Haras de Montaigu, this particular story most closely resembles a fairytale.

"It's a dream," says Aliette Forien from a sunkissed Chantilly on Sunday. "When you're a breeder and you foal a colt, each time you joke that this one will win the Epsom Derby. But it never happens because it is such an immense task. For a breeder it is the summit."

With Wings Of Eagles' sire Pour Moi now standing alongside the National Hunt roster at Coolmore's Grange Stud, few would have predicted that the son of Montjeu would supply the winner of arguably the biggest Flat race around. But having scaled arguably the greatest height a breeder can, the Foriens have received the ultimate vindication for rejecting a purely commercial route.

If the manner of Wings Of Eagles' success served to remind many of his own sire's Epsom triumph, when he flashed home late with Mickael Barzalona stood bolt upright in the irons, when the husband and wife sent the Group 1-placed Kendor mare Ysoldina to County Tipperary back in 2013, the memory of that last-gasp Derby victory was far from a distant one.

"We were at Epsom the year that Pour Moi won and he was so impressive," recalls Forien. "The way he finished was incredible. He was a champion, and when it came to choose a mating for the mare, who is bigger than average, I said to myself 'he’s not too big and he has stamina' Ysoldina ran in the Poule d'Essai and really was best over a mile, so I said straight away 'why not Pour Moi?'."

While a starting price of 40-1 suggests few gave Wings Of Eagles much hope on Saturday, the colt has always been held in the highest regard by his breeders. And having also overseen the matings of talented performers such as Native Khan, Belle Et Celebre and Ask For The Moon, the couple's assessment is plainly not based on blind sentiment alone. 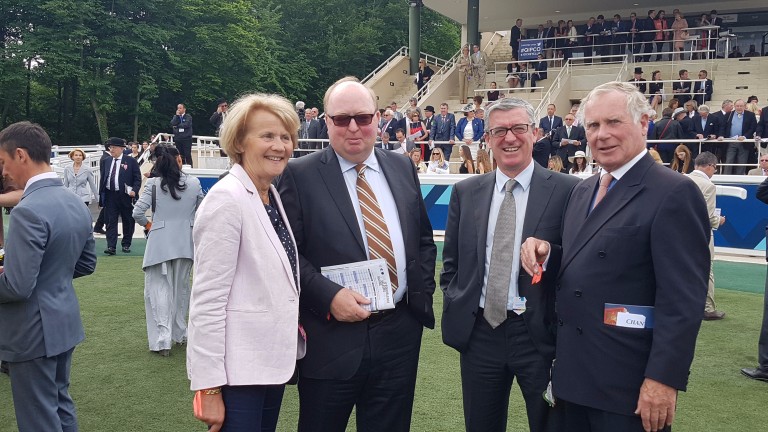 "He was a magnificent foal, a really good-looking colt, and everyone came to see him at the sale. He sold well - €220,000 - but even so I was a tiny bit disappointed," Forien reveals. "You always have yearlings on the farm that make you dream a little but he was exceptional - sound, a good walker, very light on his feet - and we really had high hopes for him. He went to Coolmore, so already you're happy and you know he will have every chance."

Despite their early assessment of Wings Of Eagles, even the Foriens had their reservations about his prospects of Derby glory, and with Prix du Jockey Club day at Chantilly also on their agenda, they spurned the opportunity of a return visit to Epsom.

"To begin with he needed to strengthen and to get more experience - in his head he wasn't mature. That's why we didn’t go to Epsom because we weren't a hundred per cent sure of his chances," she says ruefully.

While Wings Of Eagles' success could well be the start of a whole new chapter for the Forien's bloodlines, the tale came perilously close to being over before it had even begun.

"Rotina [Wings Of Eagles' second dam] is virtually the start of our breeding story, because I took the farm over from my father, who didn't have a huge number of broodmares," says Forien. "I thought about stopping for a time but we decided to carry on. We invested in some new blood. My husband, Gilles, bought Rotina from the Countess Batthyany for not a huge sum."

Being the grandam of a Derby winner is not the only notable achievement on Rotina's CV, having also produced the likes of Group 1 winner Belle Et Celebre, Group 2 winner Whortleberry, Group 3 winner Valentino and Scandinavian champion Appel Au Maitre. However, having made an inauspicious start to her career in the paddocks, once upon a time she came extremely close to being sold.

"She had a colt who wasn't particularly pleasing on the eye and then an average one after that," says Forien. "She was in foal to the jumping sire Nikos and we entered her in the sales. I don't know what it was, but I was struck by something during that sale and decided against it. It would be a mistake to sell a mare like that and thankfully we took her home. After that she produced six foals who went on to be Group-race performers, it was incredible!"

Despite the success Forien has had through Rotina, thoroughbreds have a habit of keeping their custodians grounded, and while Saturday’s success is an undoubted high, the story of Rotina's family has not been without its moments of despair. 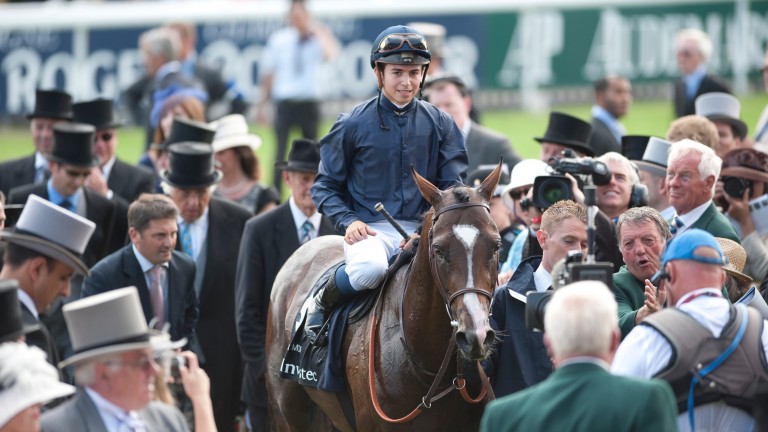 Pour Moi: the Floriens were at Epsom the year the son of Montjeu won the Derby
Edward Whitaker

"Sometimes breeding can be a terrible business - we lost Belle Et Celebre the first year we covered her, when she was in foal to Sea The Stars," she explains. "She broke a pastern in the field, at that point I felt the loss might be too much and I was considering giving up. But my daughter encouraged me to go on and now we have our reward."

Among Rotina’s six Group performers was, of course, Wings Of Eagles' dam Ysoldina, who reached the frame in pattern races no fewer than seven times, most notably when third in the Poule d'Essai des Pouliches.

"We thought about whether to sell Ysoldina but, as a breeder, if you sell that kind of filly you can't replace them on the open market," muses Forien. "We kept her and sent her to our great friend Alain de Royer-Dupre. The whole family is really the foundation of our breeding. You can’t write a more beautiful story."

And the tome may not be finished just yet, as Forien explains.

"Ysoldina has a yearling filly by Kingman, who is absolutely magnificent and who is to be offered for sale later this year. She has no foal but is carrying to Siyouni, so perhaps that won't be a Derby winner - but maybe one for the Poule d'Essai!”

As well the personal triumph for the Foriens, Saturday's success will have also resonated throughout France, as Wings Of Eagles is the first Epsom Derby winner to have been bred and raised in the country since Sea Bird, a son of Dan Cupid who landed the Classic back in 1965 for trainer Etienne Pollet, jockey Pat Glennon and owner-breeder Jean Ternynck.

"I wasn't very old and Sea Bird was the first horse who really caught my imagination" Forien says. "He was a real flash of genius, so to follow him is magnificent."

With plenty of the season still to come for Wings Of Eagles, who is now a considerably shorter price to land a second Classic - the St Leger - than he was for his first, and the promise of further siblings to come, the sequel to the Foriens' Epsom tale looks well worth waiting for.

FIRST PUBLISHED 5:53PM, JUN 7 2017
When you're a breeder and you foal a colt, each time you joke that this one will win the Epsom Derby