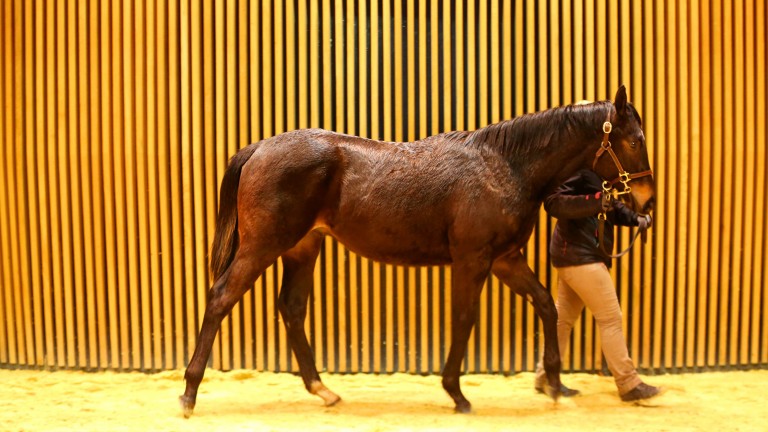 The first day of the Arqana February Sale on Tuesday was marked by a more than respectable clearance rate of 78 per cent and a trio of top-priced lots which made €37,000.

The fact that a draft of eight Ecurie Sagara jumping lots lit up the boards 12 months ago, combined with this year’s offering stretching over two days, makes comparisons somewhat inexact.

The top lots reflected the mixture of yearlings and breeding stock, with a son of Haras d’Etreham’s Wootton Bassett, offered by Elevage des Trois Rivieres, the pick of the future track stars.

Standing with Etreham’s Nicolas de Chambure, it was Alban Chevalier de Fau who gave the winning bid for the imaginatively named Wootton's Colt, who is out of a Dansili mare that hails from the immediate family of Bago and Maxios.

“He's a pinhooking prospect for a partnership and we have a lot of confidence in the stallion,” said Chevalier de Fau. “He has the look of his sire and is a good mover.”

Normandy-based Robert Mongin has made his reputation as a breeder in the jumping sphere and is best known in Britain and Ireland for the exploits of Quito De La Roque, a Grade 1-winning chaser for Colm Murphy and Gigginstown House Stud.

It was on Mongin’s behalf that agent Guy Petit struck for the Laveron mare Oryade.

“She'll be staying in France and will go to Monsieur Mongin's Haras de la Roque,” said Petit. “It's a good family and she's produced two black type horses without visiting one of the very top stallions. The new owner will choose the sire for this year but we will be looking to get her well covered.”

The third lot to make €37,000 was Glory Power, a daughter of Medicean who won the Listed Prix Miss Satamixa when trained by Jean-Marie Beguigne and who, in common with Orlyade, is not currently in foal and thus free to be be sent to the stallion of her new owners’ choice without delay.

Their identity remains somewhat a mystery as the “association of friends” preferred to preserve their anonymity even on the sales docket.

Herald The Dawn snapped up to stand in France

Tour de force: why the French stallion scene has never been stronger