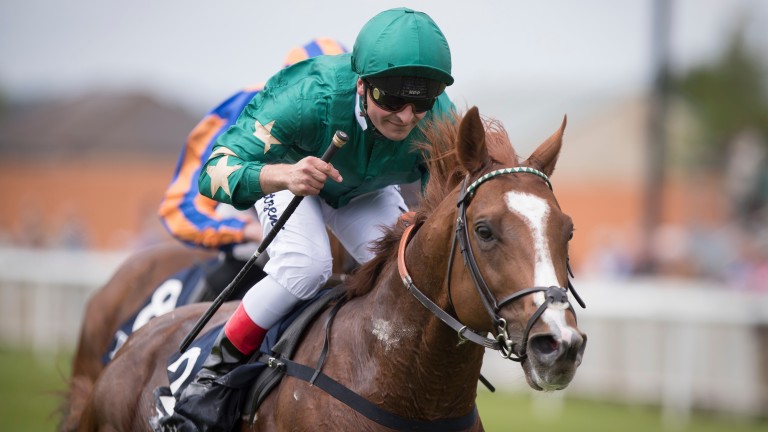 Blue Diamond Stud is standing foursquare behind its homebred multiple Group 1 winner Decorated Knight as he starts his stallion career at the Irish National Stud.

The operation, owned by Saleh Al Homaizi and Imad Al Sagar and overseen by Tony Nerses, will send a large number of its blue-chip broodmares to the son of Galileo, who landed the Jebel Hatta, Tattersalls Gold Cup and Irish Champion Stakes this year.

Notably, Decorated Knight has been selected as the first sire to cover Blue Diamond's classy filly Dawn Of Hope, a Listed-winning daughter of Mastercraftsman who signed off her career with a close fifth to Roly Poly in the Sun Chariot Stakes in October.

Further high-achievers on the track bound for the stallion are Lady Wingshot, a Group 3 winner by Lawman who is in foal to Dubawi, and Firth of Clyde Stakes scorer Shaden, a daughter of Kodiac carrying her first foal after being covered by Dark Angel in February.

Among the other Blue Diamond mares in Decorated Knight's first book are Maid To Master, a sister to Mastercraftsman bought by Nerses for 900,000gns in 2014; Nouriya, the Listed-winning dam of this season's impressive Atalanta Stakes scorer Aljazzi; and Rose Of Miracles, a Dalakhani mare out of a half-sister to Galikova and Goldikova added to the string at a cost of 450,000gns.

Those well-bred mares are worthy concubines for such a blueblooded stallion, who is by perennial champion sire Galileo out of a sister to the great Giant's Causeway and emerging blue hen You'resothrilling, the dam of three top-level winners (Gleneagles, Happily and Marvellous) and two other Group/Grade 1 place-getters (Coolmore and Taj Mahal) from her first five foals. 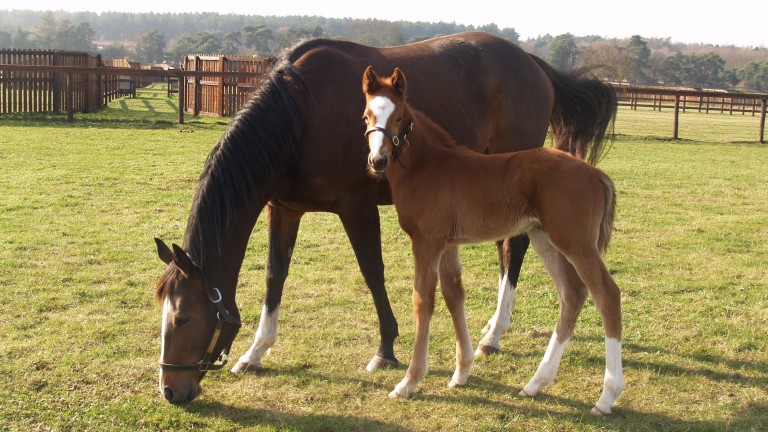 Reflecting on the glittering career of Decorated Knight, another star to have borne Al Homaizi and Al Sagar's familiar green silks after the likes of Araafa and Authorized, Nerses said: “To have a Group 1 winner is the dream of every owner, but nothing comes close to the thrill of having a homebred multiple Group 1 winner. That is certainly on a par with our two Classic winners.

“With his exceptional looks, performance, breathtaking acceleration and one of the best pedigrees in the studbook, Decorated Knight’s future as a stallion looks incredibly bright.”

Nerses also paid tribute to the team who raised the new Irish National Stud resident, who starts his second career at a fee of €15,000.

“Without the loyalty, hard work and dedication of the fantastic Blue Diamond staff none of our success would have been possible,” he said.

Nerses also revealed that Decorated Knight's dam Pearling is back in foal to Galileo and will return to the Coolmore phenomenon next year, while his three-parts sister by Frankel, Ambrosia, who won at Newcastle last month, will be sent to Haras de Bonneval hotshot Siyouni in 2018.

Epiphany
15yo, Zafonic-Galette (Caerleon)
Winning dam of Vik The Billy
In foal to Bated Breath

Gadwa
4yo, Oasis Dream-Lady Of Everest (Montjeu)
Half-sister to Lady Of Dubai
Gleneagles

Missy O'Gwaun
9yo, King's Best-Angel Of The Gwaun (Sadler's Wells)
Half-sister to Beauty O'Gwaun
In foal to Ajaya

Rose Of Miracles
5yo, Dalakhani-Neartica (Sadler's Wells)
Close relation to Goldikova
In foal to Dansili

Talawat
5yo, Cape Cross-Queen Of Mean (Pivotal)
Winning relation to Zoffany
In foal to Dansili

Turama
8yo, Pivotal-Our Queen Of Kings (Arazi)
Half-sister to Spinning Queen
In foal to Invincible Spirit

Zari
5yo, Azamour-Epiphany (Zafonic)
Half-sister to Vik The Billy
In foal to War Command

Download our special 16-page guide to the new US sires for 2018, headed by Arrogate, Classic Empire and Gun Runner

FIRST PUBLISHED 8:25PM, DEC 15 2017
Without the loyalty, hard work and dedication of the fantastic Blue Diamond staff none of our success would have been possible