International STATE OF THE NATION 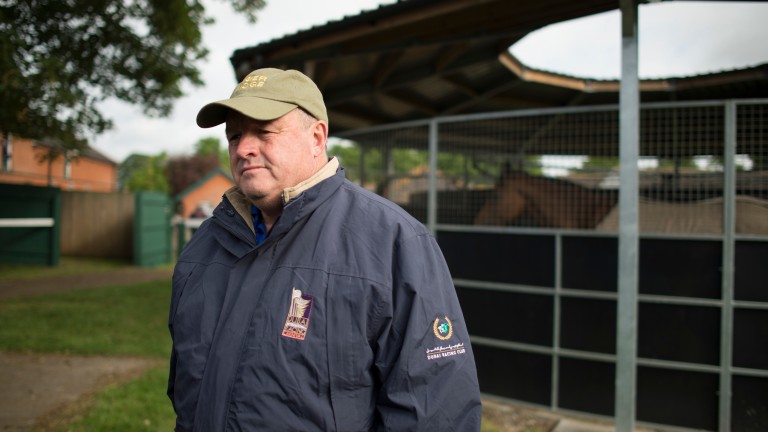 Life in the South African bloodstock industry has seldom seemed plain sailing in recent times. Not only is the country effectively landlocked by strict quarantine procedures, limiting its presence on the world stage, but there has also been a period of instability created by infighting among significant industry figures.

Among those figures is Markus Jooste, the man who had seemed hell-bent on total domination of the South African racing and bloodstock industry, having been the country's perennial leading owner, a director in a major sales house – where he was also a leading buyer – as well as being a key stakeholder in one of nation's biggest stud farms.

So when the business tycoon's ship sank amid a litany of accountancy fraud allegations in the Steinhoff case, the South African bloodstock community was left rocking in his wake.

However, after a buoyant renewal of the Bloodstock South Africa (BSA) National Yearling Sale in Johannesburg, some believe his departure from the industry has set in motion a chain of events that has already seen the light at the end of the tunnel burn that bit brighter.

As a former director of rival auction house Cape Thoroughbred Sales (CTS), Jooste had not been a member of the buying bench at the National Yearling Sale for some five years.

Nevertheless, many had expected the Mayfair Speculators man to have an impact on trade during the 2018 renewal, as it was feared that purchasers would have already spent their annual budget on buying up the many Jooste-owned horses in training that he has been forced to sell in an attempt to repay almost SAR1.6 billion (£150,708,450/€173,425,700) owed to his creditors.

"Big buyers have disappeared out of the industry before and the industry has continued, but I'm still very surprised at the strength of trade," said the sale's leading buyer, Jehan Malherbe of Form Bloodstock. "I thought selling so many horses on the eve of the sale would have had an impact but it doesn't seem to have."

Malherbe's sentiments were echoed by leading trainer Mike de Kock, who said: "There seems to be a lot more people coming out and buying horses now. When you have one player dominating the industry it isn't healthy as people start thinking 'what chance have we got taking on the big guy?'

"That dominance from one man is not healthy. But the game has been here before all of us and it will be here after all of us."

Among those on a diverse buying bench was a former colleague of Jooste, CTS chairman Chris van Niekerk, whose Rainbow Beach Trading signed for three at a total spend of SAR1.315 million (£76,240/€87,640).

Rainbow Beach Trading had not made a National Yearling Sale purchase since 2013, which is also the year Jooste's Mayfair Speculators last bought at the Johannesburg auction.

Significantly, those three lots acquired by van Niekerk were sourced from the drafts of Varsfontein and Moutonshoek, operations who are among a group of breeders that have been notable absentees from CTS's sales for a number of years.

The exact reasons this group of prominent South African breeders have opted not to sell at CTS sales in recent years remains unclear, but with suggestions of deep-running tensions being covered in Jooste's fingerprints, many felt that van Niekerk's actions should be taken as an olive branch.

"Chris van Niekerk buying here is a positive step and should have been gratefully received by everybody," said Malherbe. "Our industry is so small that we can't afford to have divisions - we've all got to row the same boat.

"I hope all the politics is behind us - it feels like everyone's looking to the future."

Among those looking firmly to the future was Jessica Slack of leading National Sale vendor Mauritzfontein.

"I think the industry is far more positive than it was 12 months ago," she said enthusiastically. "Even two weeks ago I think people were feeling unsure. But there's been a great feel to this week - the sale has definitely felt like a turning point in terms of people's optimism."

Not only does it look as if the shadow that Jooste's involvement cast over the industry is beginning to fade, but there also seems to be a growing optimism with regards the reframing of the quarantine procedures horses currently face when being exported from the country.

Despite the nature of the current protocols, plenty at the National Sale were taking the presence of overseas buyers, most notably the Hong Kong Jockey Club, as a sign that change is on the way.

"I can't say enough about how important it is having the Hong Kong Jockey Club here," said de Kock, who added that the support of such major global players could be read as well-earned validation of the country's racing and breeding scene.

"Also having guys from places like China and Singapore is great, and if we can get our movement [of horses] right, I think that will only get stronger.

"It means a hell of a lot to a very small country like ours to have these big players here. The fact we're being supported by the likes of Sheikh Hamdan and the Hong Kong Jockey Club, it's a massive plus for South African racing that they have a positive view of it."

While buyers and sellers alike were heartened by the strength of trade, with turnover during the three days up 25 per cent year-on-year to SAR140,240,000 (£8,125,505/€9,346,295), perhaps the most poignant aspect was the sense of bonhomie among all who participated, something that had been missing from the wider South African industry for some time.

"The overwhelming comments I have heard revolve around the tremendous vibe and positive atmosphere enjoyed at the sale," said Bloodstock South Africa's Gary Grant. "The sale’s success can also be viewed as a comment on the fair and free trade practiced at BSA auctions."

Slack was also among many that reflected positively on the sale, and said: "This sale has had an especially good feel. I was expecting prices to be down but I think they've been amazing. Hopefully the breeders that were worried about what trade would be like here will have been given more faith going forward."

No one can be certain what the next chapter holds for the South African industry, but if the evidence provided at the National Yearling Sale is anything to go by there should be plenty to look forward to.

If you found this story of interest you may also enjoy...

Optimism pays off as Mauritzfontein grooms strike gold in Johannesburg