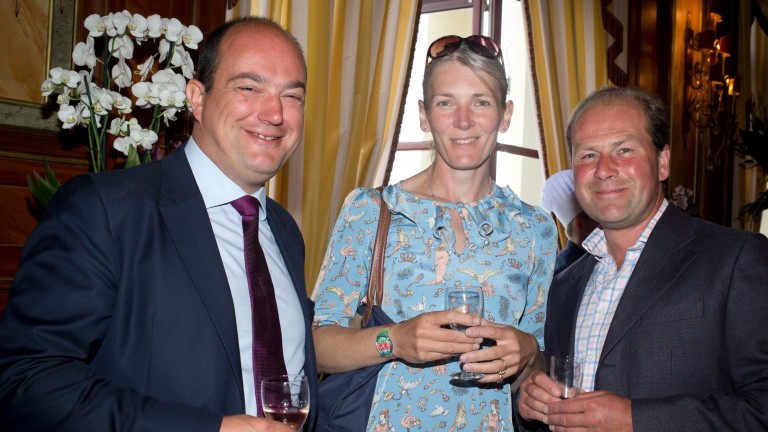 Following a 2017 when Arqana recorded by far the best set of figures in their ten year history, France’s leading auction house has every right to embark on its second decade with a sense of purpose.

Those around the Elie de Brignac sales pavilion are wary of speaking about records but it remains the case that €136 million marked a new high mark for turnover.

The two day February Sale marks the start of the 2018 season, one which will for the first time physically separate May’s Breeze-Up Sale in Deauville from the Poule d’Essai meeting, which returns to the new ParisLongchamp.

The obvious buzz around the increasingly vibrant stallion scene in France will raise hopes of more big prices being achieved both during the Breeze-Up and, more particularly, the marquee August Yearling Sale.

And the almost insatiable desire of British and Irish jumps owners for French youngstock means Deauville’s National Hunt offerings continue to grow in importance as well.

Arqana bloodstock director Freddy Powell sees the current strength of the company’s portfolio of sales as testament to the efforts of the country’s breeders.

“It's very satisfying that the ten years that Arqana has existed have coincided with a very dynamic period,” says Powell. “Ecuries Monceaux is around 12 or 13 years old, while there is a generation of young French breeders with foreign experience like Gwen [Monneraye] and Lucie [Lamotte] at La Motteraye, and Anna Sundstrom is part of that wave as well. We've all grown up together. These young breeders have invested heavily, while those of more of modest means have also expanded. If you had a single mare you might now have two or three.”

Arqana has at its core a mission to serve French breeders who want to bring their stock to market and Powell believes that an increasingly international clientele only helps in that respect.

Reflecting on 2017’s achievements, Powell says: “We're always looking to consolidate and to continue to progress along the same lines. The improvement in the French stallion ranks has been widely reported and is thanks to the heavy investment of French breeders, while there is a wave of dynamic young french breeders. Our aim is to make sure that those breeders are well rewarded for their efforts.

“We principally represent those horses bred in France and it is up to us to attract the right profile of client to buy their products. It makes our work easier in a way that we can find the very best stock to sell here in France rather than looking elsewhere.

"You have to remember that we aren’t that many years on from when we had to search a lot abroad because the French stallions didn’t have such an international profile.”

The two editions of the Breeze-Up held in Deauville were judged enough of a success to persuade Arqana not to return to Saint-Cloud and its proximity to Longchamp.

“It’s an unknown factor but it was noticeable last year how many people came to Deauville from abroad for the Breeze-Up and didn’t stay on for the racing, preferring to go home on Friday evening after the sale,” says Powell. “If we provide a quality offer, people will come. And, as we are in the process of putting together the catalogue, I can tell you I have faith that is exactly what will happen.”

Powell says that the Arqana calendar has now settled into a distinct pattern and that the growing strength of the October Yearling Sale - with distinct its international and domestic segments - is one of the most pleasing recent developments.

“Before, there were a lot of breeders who, when presenting us with a horse with a good pedigree would say: ‘it’s August or nothing.’ Now that October has a really vibrant international market - notably for day one - that is no longer really the case. If you have a slight doubt about the preparation of a yearling, breeders have no problem in sending their stock to October. That is a relatively recent phenomenon.”