House-hunting next on Elliott groom's agenda after her pointer makes £330,000 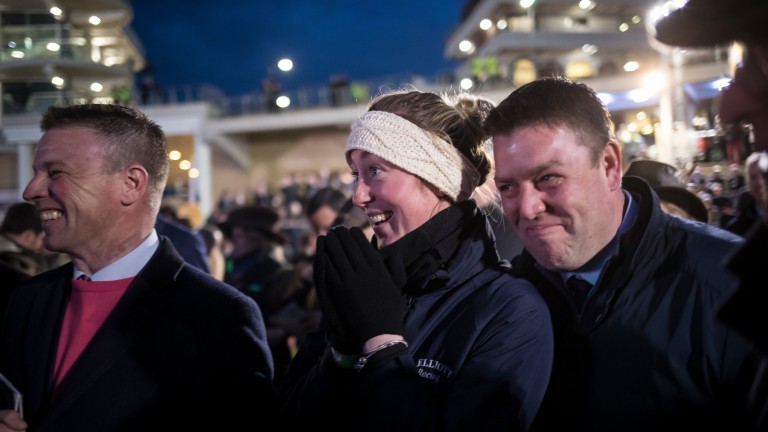 A treble brought Gordon Elliott's tally of Cheltenham Festival winners up to six at this year's meeting – and there was further cause for celebration at the trainer's Cullentra House Stables on Thursday evening when travelling head lass Camilla Sharples saw her winning pointer Andy Dufresne knocked down to the trainer for £330,000.

Sharples, 29, is originally from Lancaster and has worked for Elliott for three years. She invested €30,000 in the sale-topper and will now look to invest her takings in a property.

"It's amazing, I wasn't expecting that," she exclaimed. "Gordon helped source the horse for me and I had some savings I wanted to put into a horse, to see if I could make some money off it. It doesn't always work out but it has amazingly. 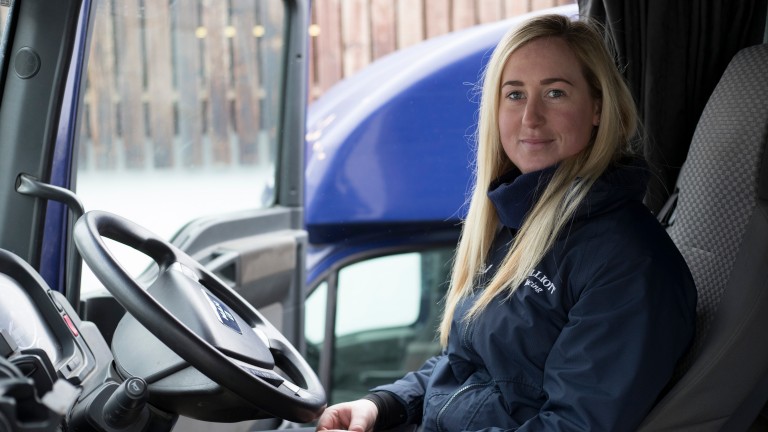 Camilla Sharples in her day job as travelling head girl to Gordon Elliott
Patrick McCann
"The day he won, he romped home. Jamie Codd rode him and didn't have to pick up his stick. He's a very good-looking horse too, and he's a lovely individual.

"I might buy a house. Gordon said I have to give him a year's notice if I'm going to leave him, so it had better be in Ireland!"

Andy Dufresne, a six-length winner of a four-year-old maiden at Borris House on Friday, is by Doyen, the source of jumps talents Dandridge, Kumbeshwar and Valdez, out of the winning Beneficial mare Daytona Lady, a sister to useful chaser Its Crucial.

Stowaway was responsible for last year's Martin Pipe Conditional Jockeys' Handicap Hurdle scorer Champagne Classic, and he was responsible for the joint sale-topper on Thursday, Feel My Pulse, knocked down to Mags O'Toole, acting on behalf of Gordon Elliott, for £330,000.

"He was one of the picks of the sale so hopefully we can be lucky with him," said Elliott. "He is a lovely individual. He'll go out on his holidays now and we'll see what happens."

Feel My Pulse, a 15-length winner of a Lismore maiden on debut on Saturday, is by the same sire as Beakstown, who led home a one-two-three for the sire in a 12-runner four-year-old maiden at Turtulla in November.

The joint sale-toppers sold £10,000 more than the previous record-priced lot for this sale – the mare Maire Bainrigh who sold at last year's renewal. 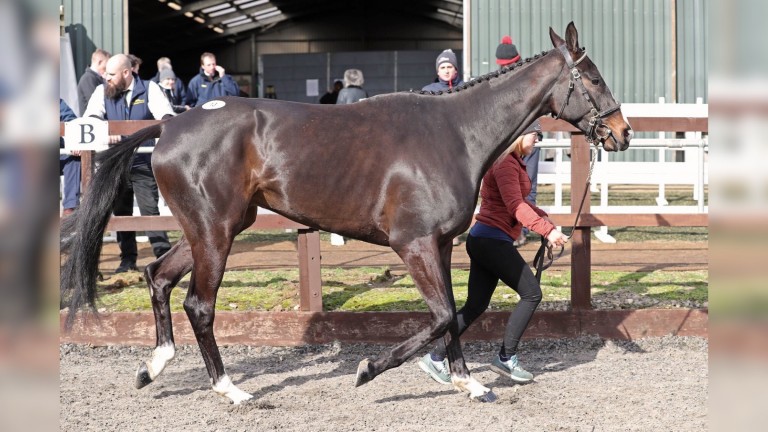 Willie Mullins and his Closutton team have a 7-6 lead over Elliott in the Cheltenham trainers' title race, and the master trainer was busy restocking his arsenal for the festival in future years, with Harold Kirk sourcing three choice lots on his behalf.

Kirk went to £240,000 to secure the four-year-old gelding Ontheropes, whose granddam Attention is a half-sister to Punchestown Champion Novice Hurdle second Gentle Buck.

The third most expensive lot during Thursday's sale was only just touched off on debut in a Punchestown maiden between the flags.

Ontheropes is by the late Rathbarry Stud stalwart Presenting, whose daughters have been responsible for two winners at this year's festival, with RSA Insurance Novices' Chase scorer Presenting Percy and National Hunt Chase winner Rathvinden, and he is also responsible as damsire for the Timico Gold Cup favourite Might Bite.

The Kirk-Mullins axis also signed a £230,000 docket for The Big Getaway, one of nine winning pointers for Monbeg Stables over the weekend and whose third dam is a half-sister to Cheltenham legend Dawn Run.

Off to a flyer

It was the Highflyer Bloodstock team who sourced Champion Chase hero Altior as a €60,000 store for Nicky Henderson, when offered by Kilmoney Cottage Stables at the Goffs Land Rover Sale, and the son of High Chaparral lived up to his lofty billing when winning his third consecutive Grade 1 at the festival.

Anthony Bromley of Highflyer was again on the lookout for talent during Thursday's session, and landed lot 17, Interconnected, for Mike Grech and Stuart Parkin, the owners of Friday's Albert Bartlett Novices' Hurdle contender Mr Whipped, a Grade 2 novice hurdle winner sourced by Highflyer for £160,000 at last year's Festival Sale.

"They've had a lot of success from this sale and bought Mr Whipped here last year," said Bromley.

"Nicky Henderson and I loved this Network. He won very impressively for Tom Lacey and it shows an English pointer can be just as popular in the same ring as an Irish one. We were very pleased to get him. We tried on a couple of others but it was very healthy trade."

'He's a very talented horse' - Gordon Elliott sets Abacadabras on his way 109-1 in-running: Sam Ewing at his best aboard Gordon Elliott-trained newcomer Samcro might be useless now but he wasn't always useless - he's made my top five From Cheltenham to Tinahely: Samcro set to run in point-to-points Impressive Life In The Park looks an exciting recruit to chasing 'Everyone can't wait' - Mighty Potter among Elliott stars set for Down Royal