No more consigning to two-year-old sales for Wiltshire nursery 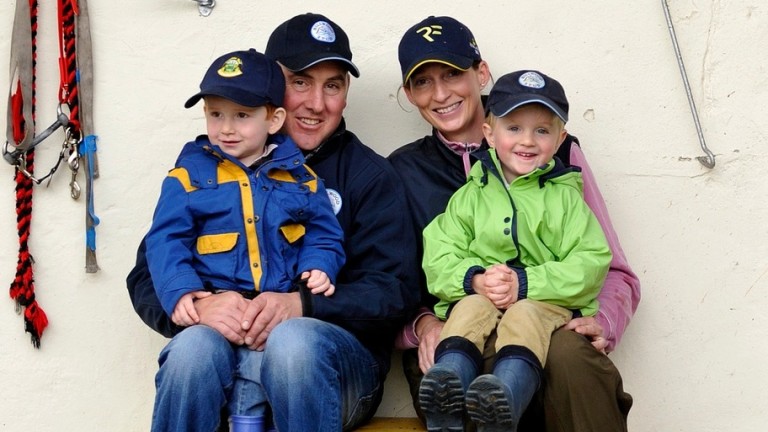 Leading British consignor Hillwood Stud, run by Charlie and Tracy Vigors, has been forced to withdraw from the breeze-up market owing to a lack of suitable riders, saying staffing levels in the industry are at ‘crisis point’.

Tracy Vigors broke the news on her Twitter feed, saying: "It's with regret and not without serious thought that we have decided to stop prepping and consigning to the breeze-up sales.

"Lack of riders is a huge problem. Our focus will be producing top-class stock for the sales ring and racecourse, and spelling. We always do a job 100 per cent."

The Wiltshire farm, which is also home to Cheltenham Gold Cup hero Bobs Worth, was set to prepare seven lots for the upcoming breeze-up season, but has been forced to make other arrangements for those horses.

"It's been a problem for the last five or six years," said Tracy Vigors. "We gave up the breaking side of the business last year. We were breaking over a hundred yearlings, but we found it very hard to get someone in full-time. A lot of the riders just want to ride work, they don't necessarily want to muck out and do all the less glamorous stuff that comes with horses.

"We were using some very good riders from Lambourn but they're now all in Flat yards so we had to make the decision that if you can't do the job 100 per cent, then there's no point in doing it at all."

"The staffing situation is at crisis point,” she said. “I wouldn’t want to be a trainer. I don't know how they're managing to get horses done. People are walking in and out of yards left, right and centre. Years ago they'd need a reference and would have to work a trial period but these days no-one seems to do that any more.

“Everyone's so desperate, even if you can get someone to ride out for a week people would be happy to take that.”

Vigors pointed to deficiencies in the education process as contributing to the crisis.

“A lot of kids are coming out of the colleges thinking they know all about the industry and they don't want to muck out and do the dirty parts of the job, but then they're not qualified to come in and manage because they haven't done their time,” she said.

“We've had kids come here who can't pull a mane or load the walker and don't know how to lunge a horse properly, yet they don't want to muck out a stable because they've been to college and got a qualification.

“Years and years ago people worked in the yard and learned from the ground up and they were taught properly. Another problem is that the older generation are moving on so you don't have that next generation to teach people.”

Vigors added that the hard work was not without its rewards.

“You're constantly hearing that people who work with horses are underpaid and treated badly, but that’s not right,” she remarked.

“Our staff get paid exceptionally well, we have three of them living here free of charge, so they're not paying any rent or council tax. There's not many industries that house you free of charge.

“One of our staff, Josephine Saunders, just got into the final three of the Godolphin Stud and Stable Staff Awards for newcomers. She started with us from working with ponies and was as green as grass but she's an example of the old fashioned type of people we used to get despite only being a young girl. She's amazing and could run the yard for us, she's intelligent, she's happy, she gets on with people and is an exceptional horsewoman.

“Plus, we've been a good feeder into the next stage of jobs; we've had people go on to run barns at Coolmore in Australia and guys all over the world.”

Among the horses that Hillwood Stud has presented to the breeze-up sales are Mill Reef Stakes winner and Rathbarry Stud sire Moohaajim, sold for 200,000gns at Tattersalls, and Byrama, who took the Grade 1 Vanity Handicap at Hollywood Park.

FIRST PUBLISHED 6:00PM, JAN 16 2018
A lot of the riders just want to ride work, they don't necessarily want to muck out and do all the less glamorous stuff