'Like attending your own funeral' says the emotional stud manager 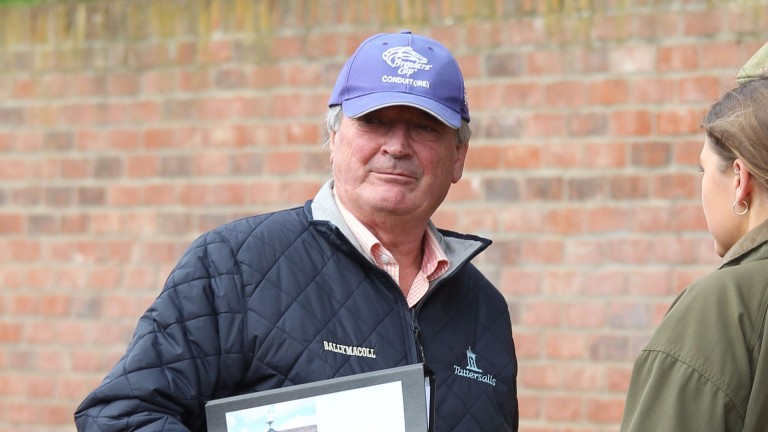 Peter Reynolds: the man who devoted his life to Ballymacoll Stud, pictured at Tattersalls earlier in the week
Laura Green
1 of 1
By Martin Stevens 7:50PM, OCT 3 2017

“It was like attending your own funeral,” said Ballymacoll Stud general manager Peter Reynolds after the final yearlings from the prestigious nursery had gone through the ring in the opening session of the Tattersalls October Book 1 sale on Tuesday.

However, Reynolds was dressed not in mourning black, but rather a pale blue shirt and yellow tie, evoking the Ballymacoll silks and cap that have been carried by the likes of Troy, Sun Princess, Pilsudski, Golan and Conduit.

The choice of attire was symbolic that Ballymacoll is part of the fabric of the man who has, for the past 40 years, devoted his life to ensuring the stud's owners, the Weinstock family, produced a constant stream of top-class performers from a broodmare band a fraction of the size of many operations that have not enjoyed half the success.

Reynolds was understandably emotional after the final five yearlings offered by Corduff Stud for Ballymacoll, which was sold at auction for €8.15 million in June, had generated 2,575,000gns in receipts in the space of 20 minutes. 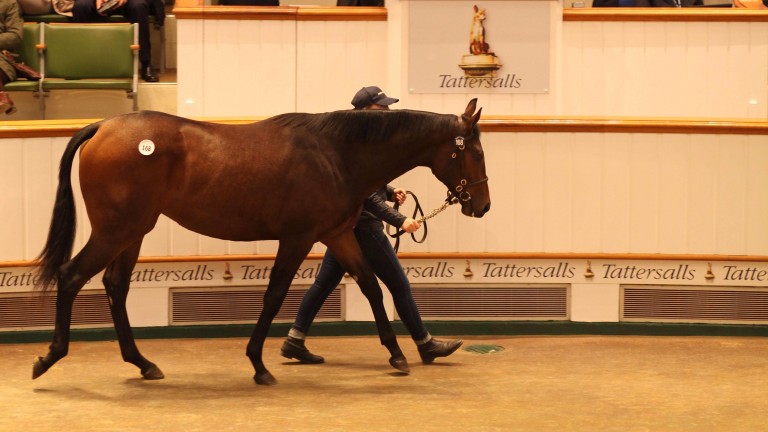 The chief contributer to the haul was a Kingman half-sister to Listed winner and Lancashire Oaks second Abingdon bought by Moyglare Stud, a near neighbour of Ballymacoll in County Meath, for 1,700,000gns. Stud manager Fiona Craig had to see off Angus Gold and Alastair Donald for the filly, who is out of a Galileo half-sister to Islington, one of the best racemares to have carried the pale blue silks.

"We've paid more than we intended,” Craig said. “I'd planned on having one bid, but had to go again. We're delighted; this is a long-term plan that will take us through to the next two or three decades.

"Eva Maria [Bucher Haefner, owner of Moyglare] is working, but she was on the phone throughout. She wants us to buy pedigrees, and this was a priceless chance – one of those opportunities that don't come around again.

"The filly will race, but she'll come back as a broodmare and will be mated with the best stallions - we have an idea of the first..."

Islington's own filly by Sea The Stars – one of an extraordinary 11 fillies from as many foals produced by the four-time Group/Grade 1 heroine – was sold to Rabbah Bloodstock for 550,000gns.

There was a palpable sense of relief from Reynolds that the market valued the Ballymacoll stock as highly as he did.

“With dispersals that have no reserve you never know what they'll make so I'm delighted with those prices,” he said. “The Kingman filly was just lovely; she'd never done anything wrong and I'm thrilled she's not going very far. And I was delighted with Islington's filly; I'm sure she's a proper racehorse.”

Golden opportunities to buy into those brilliantly nurtured families from Ballymacoll are not quite over, as the farm's horses in training, fillies and mares will continue to be offered without reserve at Tattersalls at the Autumn and December sales.

"I've done the best I can," summed up Reynolds, in what many in the bloodstock industry would surely think qualifies as understatement of the century.

Watch as Julian Dollar talks us through Newsells' Book 1 lots

FIRST PUBLISHED 7:50PM, OCT 3 2017
With a dispersal with no reserve you never know what they'll make so I'm delighted with those prices