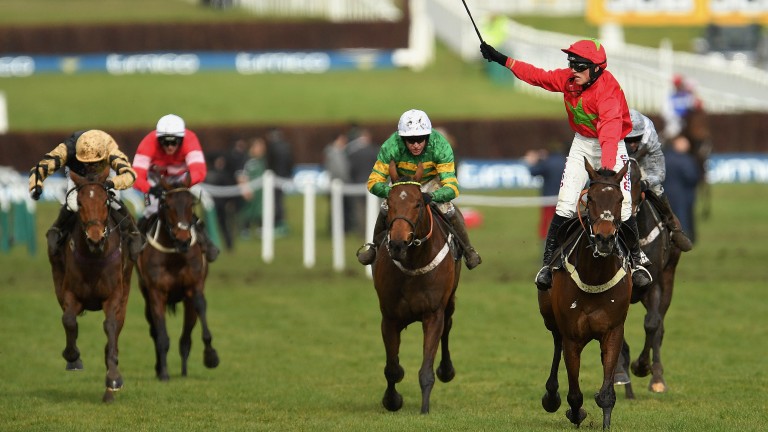 Oscar has emerged on top as the sire with the most podium finishers at this week's Cheltenham Festival with five, including Friday's Albert Bartlett Novices' Hurdle scorer Kilbricken Storm.

For the first time since 2002, no sire at the jamboree of jump racing recorded more than one winner this week.

The seven-year-old Kilbricken Storm led home a 1-2-3-4 for Coolmore National Hunt sires - with Mahler, Milan and Flemensfirth responsible for the second, third and fourth respectively.

The feature race, the Timico Cheltenham Gold Cup, was won by Native River, a son of the late Indian River - one of three sires that previously raced over jumps and supplied a winner on the fourth and final day of the festival.

LEADING SIRES AT THE CHELTENHAM FESTIVAL 2018

Mohaayed flew the flag for Flat-breds by landing the Randox Health County Handicap Hurdle, as the son on Intikhab had been a useful performer on the level for Kevin Prendergast, before being bought for 32,000gns by Tom Malone at the 2016 Tattersalls Autumn Horses In Training Sale on behalf of Dan Skelton.

He shares his breeder Shadwell with the mighty Istabraq.