International OUT OF THE BLOCKS 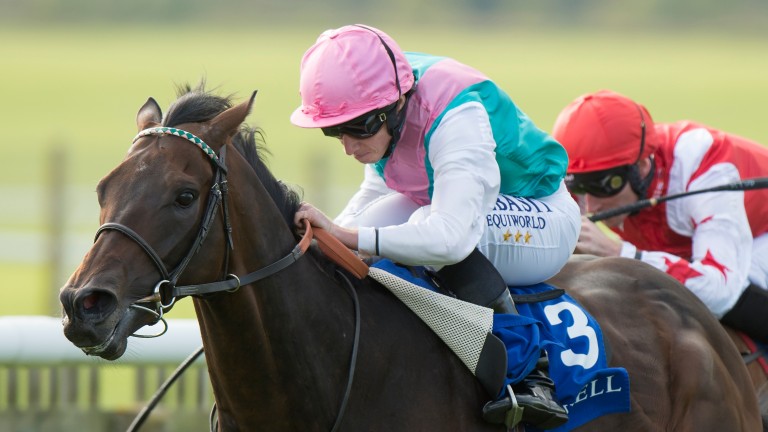 Two of the National Stud's newest recruits - Aclaim and Time Test - have kicked off their stallion careers in strong fashion with both having had their first mares scanned in foal.

Prix de la Foret hero Aclaim successfully covered the Falco mare M'as Tu-Vu, who is a half-sister to the dam of Irish Champion Stakes scorer The Grey Gatsby and is from the family of top-level performers Maximova, Septieme Ciel, Rivieria, Macoumba and Malibu Moon.

Dermot Farrington, part-owner of Aclaim, said: "‘The response we’ve received to Aclaim from breeders throughout the UK, Ireland and France has been fantastic, and there are some lovely mares booked into him this season. He’s covering well and has settled into his new life at the National Stud like a professional."

Dual Group 2 scorer Time Test got off the mark with Gliding, a Maxios daughter out of Prix de l'Abbaye heroine Gilt Edge Girl from the family of Arcano, and that was swiftly followed by another positive result with Annies Couture, a half-sister to Group 3 scorer Lady Pimpernel, confirmed in foal.

Tim Lane, stud manager of the National Stud, added: "To have them both off the mark with such well-bred mares is fantastic. With Time Test we couldn’t have hoped for a better list of breeding right supporters, and to be involved with the team behind Aclaim is fantastic.

"We are still waiting on the first of Spill The Beans’ mares being scanned, but the great thing there is that we already know he is incredibly fertile. It’s a very exciting time for The National Stud."

Aclaim is standing this year's breeding season at a fee of £12,500 while his counterpart Time Test stands at £8,500.

FIRST PUBLISHED 6:35PM, MAR 2 2018
To have them both off the mark with such well-bred mares is fantastic