King Con does it again! Sands Of Mali another for Bansha House 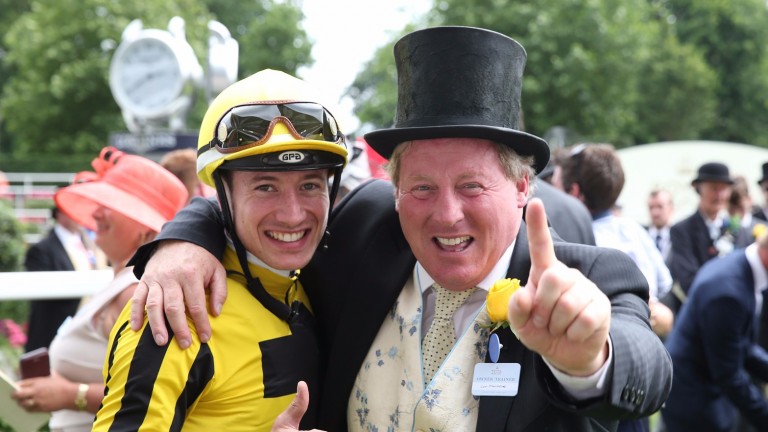 King Con has done it again.

One of the most renowned figures on the breeze-up circuit, Con Marnane has sold superstars such as Amadeus Wolf, Fleeting Spirit and Rio De La Plata in the past and he has enjoyed another fine Flat season with his graduates Koropick, Lancelot Du Lac and Robin Of Navan winning big races and Different League – a filly he failed to sell as a yearling – carrying his own silks to victory in the Albany Stakes at Royal Ascot.

Now it appears the master of Bansha House Stables has managed to mine more gold, after Sands Of Mali made all to win the Group 2 Gimcrack Stakes in decisive fashion at York on Saturday.

Sands Of Mali was purchased by Marnane for just €20,000 at the Osarus September Yearling Sale last year and was resold to Stroud/Coleman Bloodstock on behalf of the Cool Silk Partnership for £75,000 at the Tattersalls Ireland Ascot Breeze-up in April.

Norfolk Stakes winner Prince Of Lir is by the renowned juvenile sire Kodiac, but Sands Of Mali's pedigree has left people scratching their heads. The Richard Fahey-trained colt is a son of Panis, a 19-year-old son of Miswaki who was a dual Group 3 winner at around a mile and stands at Haras des Faunes in south-west France.

Panis has supplied 111 Flat winners in Europe from 13 crops of racing age but had yet to be represented by one above Group 2 level until Sands Of Mali came along. His previous best were the Group 3-winning sprinters Myasun and Out Of Time.

Marnane, however, was familiar with the pedigree.

“I'd bought Kadrizzi, the half-brother to Sands Of Mali, at Osarus two years earlier [cost €16,000] and sold him to Dean Ivory [for £25,000] and he's a very good horse – he won at the Shergar Cup last year quite impressively,” he said on Saturday. 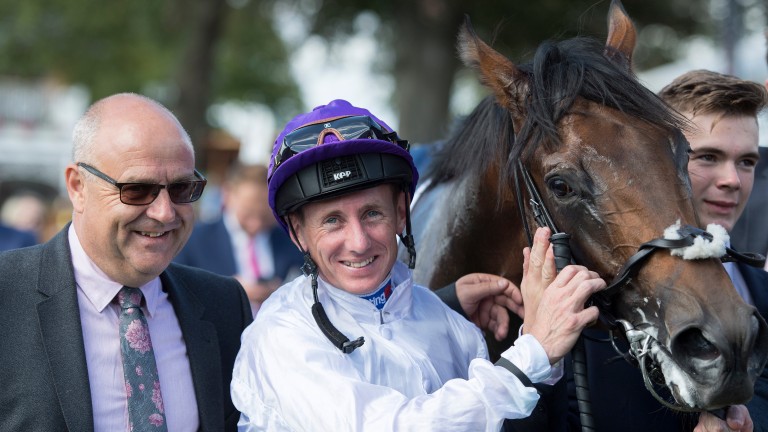 “And Panis can get you a good one, even though he wouldn't cover many mares down in the provinces and the mares he does get wouldn't have much in the way of pedigrees.”

Remembering Sands Of Mali when the colt was prepped for his appointment with the auctioneer at Ascot, Marnane said: “I wouldn't say he was conformationally perfect but he just did everything right in his work. I loved his attitude. I'd sold the Cool Silk boys Prince of Lir the year before and become good friends, so I told them I had a nice horse and put them onto this one.

“Richard [Fahey] had told me he was a very good horse months ago and judging by the way he bolted up at York, I'd say he's been proved right. I'm over the moon for the owners.”

Marnane was unable to watch the race unfold live, as he was attending a funeral, but when he looked at his phone after the service he knew from the “50 or so” missed calls that Sands Of Mali must have won well.

Sands Of Mali illustrates not only Marnane's expert eye for a future elite athlete, but also the lengths to which he will go to source them.

While that colt was bought at Osarus in south-west France, Robin Of Navan was bought at Arqana in Deauville and Lancelot Du Lac was found at the yearling sales in Italy – as was the other Bansha House alumnus to win the Gimcrack, Amadeus Wolf (Anthony Stroud, whose agency bought Sands Of Mali, signed for the son of Mozart on behalf of Marnane, giving the story a neat symmetry).

Rio De La Plata was purchased at Keeneland; Fleeting Spirit, Goffs. Solario Stakes winner First Selection, another sold by Bansha House at the Ascot breeze-up, was even pinhooked in the relative racing backwater of Spain. It is safe to say Marnane leaves no stone unturned in his pursuit of talent.

A modest Marnane explained away his world tour.

“I have to go anywhere and everywhere to find value,” he said. “I don't have the budget to buy the top horses, so I have to look out of the way and I don't mind where I might find an athletic racehorse.” 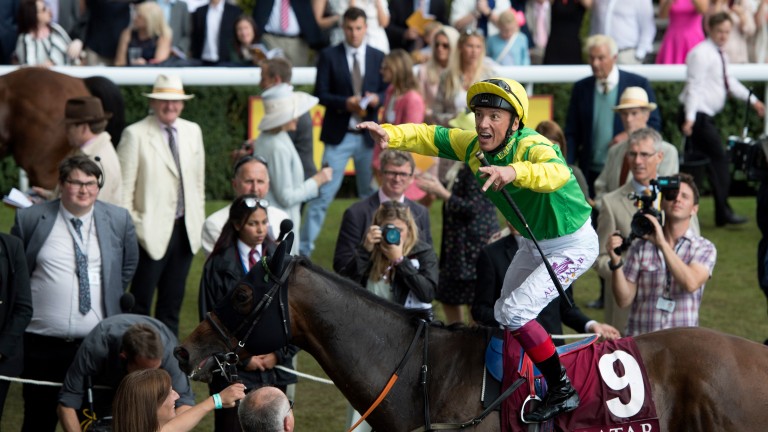 The one thing that does vex Marnane, though, is the thorny issue of timings at breeze-ups, which agents and trainers appear to be becoming increasingly insistent on scrutinising.

“Mine will never be trained to be quarter horses,” he said. “I won't be changing my methods and pushing them to do faster and faster times. It can ruin a young horse. All I'm interested in is producing racehorses.”

Marnane also had an update on Different League after she ran a creditable third in the Prix Morny at Deauville last Sunday.

“She ran a blinder although we might not have got the rub of the green,” he reflected. “She'll go for the Cheveley Park Stakes next, which Fleeting Spirit was a narrow second in a few years back. I feel I'm owed a change of luck in the race!”

Asked whether he would continue to resist the temptation of big-money offers for the daughter of Dabirsim, who was unsold at just £14,000 at last year's Goffs UK Premier Yearling Sale, he acknowledged she “would probably be sold at the end of the year” but that for now he was just enjoying her success, which meant much more to him than the cash ever could.

“We had such a great day at Royal Ascot when she won, it was the sort of thing you'll take with you to the grave,” he said. “No money could buy that feeling.”

Someone who does look set to turn a nice profit in the near future is Simon Urizzi, who bred Sands Of Mali out of Kadiania, an unraced daughter of Indian Rocket and Listed-placed Kapi Creek.

Haras des Faunes will offer the dam's fourth foal, a Kheleyf filly, at the Osarus yearling sale at La Teste-de-Buch on September 6.

Hazelwood Bloodstock threading its way into the big time

FIRST PUBLISHED 8:24PM, AUG 26 2017
Panis can get you a good one, even though he wouldn't cover many mares down in the provinces