International END OF AN ERA 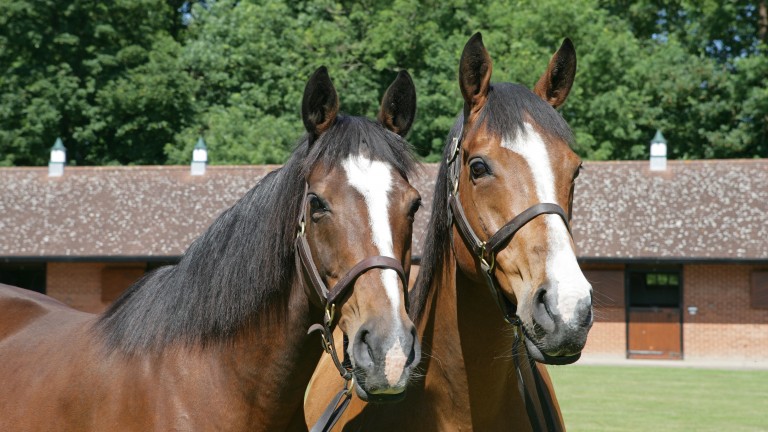 Khalid Abdullah's Juddmonte breeding operation is mourning the death of its outstanding broodmare Hasili at the age of 27.

The daughter of Kahyasi, one of the most celebrated producers of the modern era, leaves an indelible mark on the breed as the dam of five individual Group or Grade 1 winners, a record she shares with New Zealand blue hen Eight Carat.

Hasili came agonisingly close to edging past Eight Carat's mark as her first foal, Dansili, was placed in five elite events including when finishing fast to be beaten just a neck into third behind War Chant in the Breeders' Cup Mile.

Dansili has more than made up for missing out on those laurels as a stallion at Juddmonte's Banstead Manor Stud, by supplying 20 Group or Grade 1 winners including the exceptional talents Flintshire, Harbinger, Rail Link and The Fugue.

Dansili's influence has deepened with sons Bated Breath and Zoffany having proved popular with breeders, and daughters having produced the likes of Astaire, Chicquita, Cliffs Of Moher, Expert Eye, Ice Breeze, Nezwaah and Time Test. 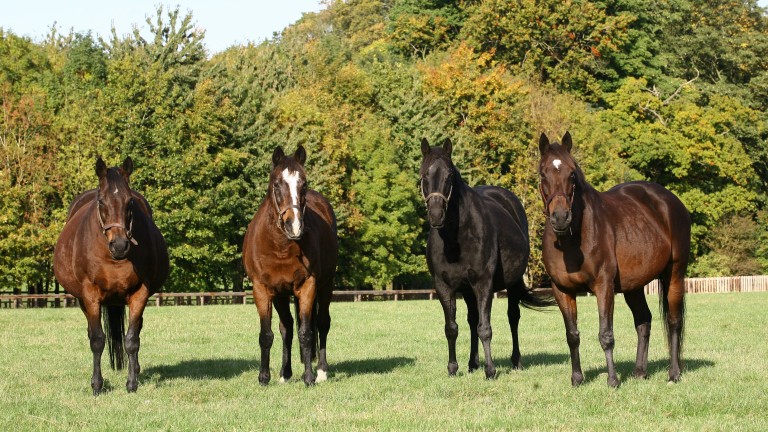 What a line-up: (from left) Banks Hill, Hasili, Heat Haze and Intercontinental at Banstead Manor Stud

Cacique, meanwhile, sired the top-flight winners Dominant, Mutual Trust and Slumber despite suffering from subfertility in his stallion career, and Champs Elysees has supplied Gold Cup hero Trip To Paris and the high-class Barsanti, Jack Naylor and Dal Harraild.

Dansili and all bar one of Hasili's Group/Grade 1 winners were by Danehill, the odd one out being Heat Haze, who is by Green Desert.

Hasili later clicked with Storm Cat to produce the Grade 3 winner and Prix Saint-Alary second Deluxe, while Very Good News, her 2008 daughter by Empire Maker, was unraced but is already the dam of Listed-placed Weekender. The final foal she produced was Responsible, an unraced daughter of Oasis Dream.

In 2012 she was retired from breeding duty and enjoyed a peaceful retirement at her birthplace of Banstead Manor.

A measure of how phenomenal Hasili's exploits were at stud is the fact that she appears in the pedigrees of a quarter of all the mares in Juddmonte's 2018 stud book. Five of her daughters remain in production for the organisation.

Furthermore, her sons and daughters have run in 63 Group 1 races and won or finished placed in 43 of them.

Stud director Simon Mockridge said: “Hasili has been an integral part of Juddmonte’s history. Her record of producing five Group 1 winners is unsurpassed in the modern era and her powerful influence will continue to be felt through Juddmonte pedigrees and the General Stud Book for many years to come.

“It has been a privilege to have been associated with such an exceptional blue hen mare.”

Hasili was bred by Abdullah from his winning High Line mare Kerali, who in turn was a daughter of Cheveley Park Stakes winner Sookera, bought by Juddmonte from Robert Sangster.

Henri-Alex Pantall trained Hasili to win four races including the Listed Prix des Sablonnets, before she was retired to the paddocks in 1995.

This has been a prolific family, with Hasili's Listed-winning sister Arrive producing the top-class pair Promising Lead and Visit and half-sister Skiable responsible for impressive Coventry Stakes winner Three Valleys.

A meeting with a legend: Chris McGrath catches up with Hasili, the head of a remarkable dynasty

FIRST PUBLISHED 1:18PM, MAR 23 2018
It has been a privilege to have been associated with such an exceptional blue hen mare

Aidan O'Brien is on course for one of his best years - and you'd hardly know it Three-tier racing - is this the radical solution to Britain's fixture list woes? David Menuisier is going places fast - Wonderful Tonight's campaign proves it Trainers' title race blown wide open - and we might just have a fairytale winner How a ping-pong rout told me everything about the extraordinary Patrick Mullins Positive signs for racing as Whittingdale gets final word in Westminster