Gone but not forgotten: Fame And Glory fires in a first winner under rules 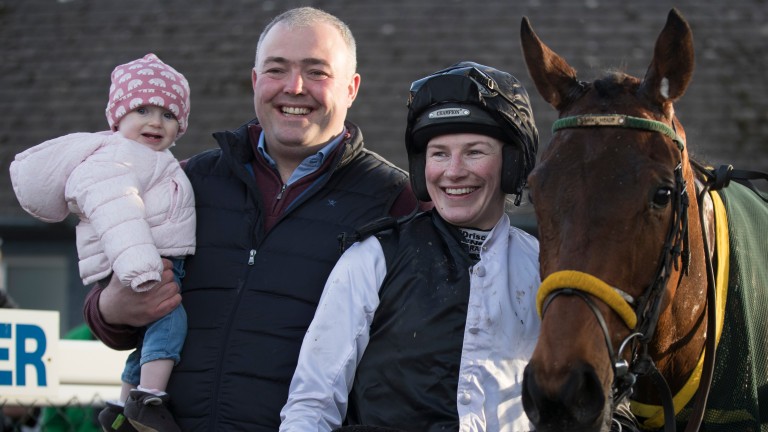 Late, lamented brilliant middle-distance performer and stayer Fame And Glory fielded his first winner as a sire under rules on Saturday.

The bellwether for the former Grange Stud resident was Young Ted, who strolled to a 14-length success in a two-mile bumper at Thurles from the Youmzain gelding Eagle Roque.

Young Ted, trained by Noel Meade and ridden by Nina Carberry, had finished a promising second on debut at Gowran Park in January.

The four-year-old was bred by Kathleen McKeever out of the unraced Lahib mare Last Of Many, a half-sister to Grade 2-winning hurdler and chaser Shotgun Willy and to Welsh National hero Mini Sensation.

Last Of Many is already the dam of Ice Cool Champs, a dual-winning hurdler for Philip Hobbs.

Young Ted was a €15,500 yearling purchase by Meade at the Tattersalls Ireland November National Hunt Sale in 2015.

He is one of seven runners in the National Hunt sphere, under rules, for Fame And Glory along with Exeter bumper runner-up Come On Teddy.

A son of the majestic Montjeu, Fame And Glory was bred by Ptarmigan Bloodstock and Kirsten Rausing and entered training with Aidan O'Brien for Coolmore after being bought by Tim Hyde for 190,000gns as a foal at Tattersalls.

He won the Criterium de Saint-Cloud at two and the Ballysax Stakes and Derrinstown Stud Derby Trial on his first two starts at three, before finishing second to Sea The Stars in the Derby and taking the Irish equivalent by five lengths in the absence of his brilliant Epsom conqueror.

Fame And Glory also finished second to Sea The Stars in the Irish Champion Stakes and sixth behind the same rival in the Prix de l'Arc de Triomphe at three.

His victories at four included the Tattersalls Gold Cup and Coronation Cup and his five-year-old season took in triumphs in the Gold Cup and the inaugural British Champions Long Distance Cup.

Fame And Glory – a brother to the dam of brilliant filly Legatissimo from the family of Slip Anchor – spent five seasons at Grange Stud until his premature death aged 11 from a suspected heart attack in February 2017.

He should have no shortage of representatives in the years to come. His first crop – current four-year-olds – comprised 149 foals, and he has 180 three-year-olds, 233 two-year-olds and 180 yearlings. He covered only five mares before his death, so will have a small final crop.

FIRST PUBLISHED 7:32PM, MAR 24 2018
Fame And Glory should have no shortage of representatives in the years to come