Dual Horse of the Year California Chrome becomes a father

Calumet Farm the birthplace of his first offspring, a colt 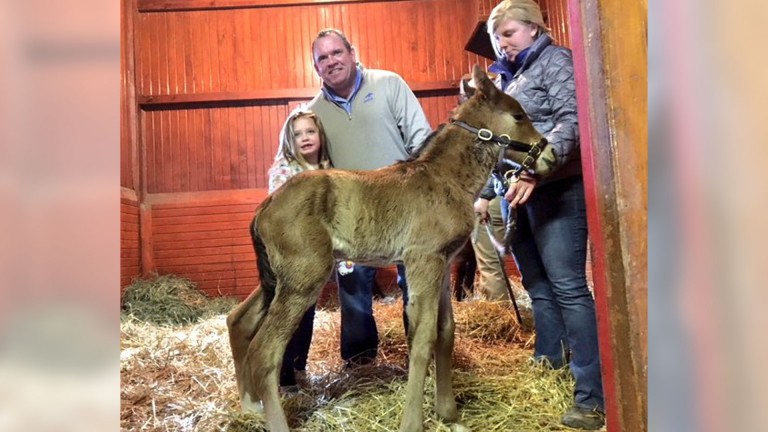 Calumet Farm in Kentucky welcomed the first foal by dual US Horse of the Year California Chrome on Saturday.

The new arrival is a colt out of the 14-year-old stakes-winning Bernstein mare Pay The Man, a half-sister to fellow stakes winners Bold Captain and Bright Pyrite.

The dam, the highest earning Ohio-bred filly in history, was bought by Calumet Farm for $95,000 at the Keeneland November Breeding-Stock Sale in 2014.

California Chrome, a son of Lucky Pulpit, was named Horse of the Year at three after winning the Santa Anita Derby, Kentucky Derby, Preakness Stakes and Hollywood Derby.

After finishing second in the Dubai World Cup at four he missed the rest of the season, but regained his Horse of the Year crown as a five-year-old, when he took the Dubai World Cup, Pacific Classic and Awesome Again Stakes before going down all guns blazing to Arrogate in the Breeders' Cup Classic.

Having signed off with a lacklustre effort behind Arrogate in the inaugural Pegasus World Cup in January 2017, he commenced his second career at Taylor Made Farm.