Son of Grand Lodge sired talents such as Youmzain and Shareta 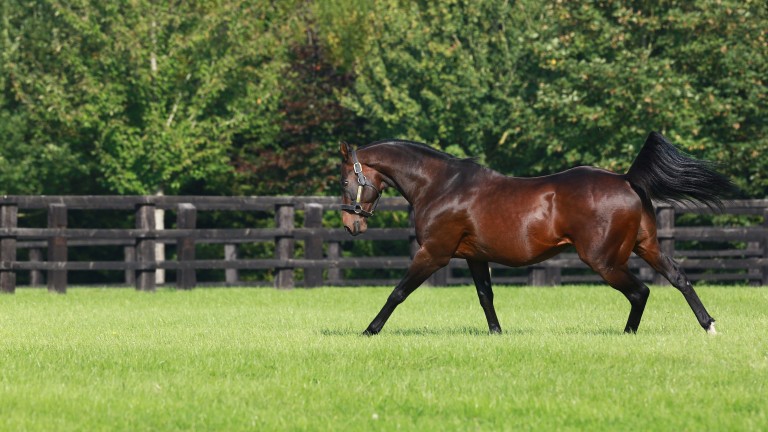 The final chapter in the stallion career of high-class racehorse and Group 1-winning sire Sinndar concluded on Thursday, when pensioned from covering duties at the age of 20 by the Aga Khan Studs.

The son of Grand Lodge, trained throughout his racing career by John Oxx, was a Group 1-winning juvenile, having come with a strong late run to land the 1999 National Stakes.

He made rapid strides during his three-year-old campaign, with his CV including wins in the Derby – in which he defeated the likes of Sakhee and Beat Hollow – and the Irish equivalent, in which he ran to a career-high Racing Post Rating of 132 having recorded an almighty winning distance of nine lengths.

Another wide-margin victory followed in the Prix Niel before he brought down the curtain with a fourth top-flight success in the Prix de l'Arc de Triomphe, seeing off challengers such as Egyptband and hot favourite Montjeu.

Sinndar retired to stud in 2001, and spent 15 years between the Aga Khan's Irish base of Gilltown Stud and French headquarters at Haras de Bonneval.

From these he sired the likes of Group 1 winners Youmzain, who now stands at Haras Du Quesnay; Irish Oaks and Prix Vermeille heroine Shawanda; Shareta, who also landed the Prix Vermeille as well as the Yorkshire Oaks; and Prix Marcel Boussac hero Rosanara.

He also made his mark as a broodmare sire, with his daughters having produced talents such as St Leger winner Encke; Irish Derby winner Trading Leather; and Breeders' Cup and Poule d'Essai des Pouliches heroine Flotilla.

There was a fitting tribute to Sinndar's enduring popularity during the final session of Book 2 of the Tattersalls October Yearling Sale on Wednesday, as the sire's only representative – bred and offered by Philipp Stauffenberg – was bought by Roger Varian on behalf of Sheikh Mohammed Obaid for 300,000gns.

Sinndar has been transferred to Haras d'Ouilly in Normandy, where he joins Dalakhani for a peaceful and well-earned retirement.

FIRST PUBLISHED 6:03PM, OCT 12 2017
He made rapid strides during his three-year-old campaign, landing the Derby - in which he defeated the likes of Sakhee and Beat Hollow