International DOUBLE DOWN UNDER

Redkirk Warrior and Harlem both bought in training by the agent 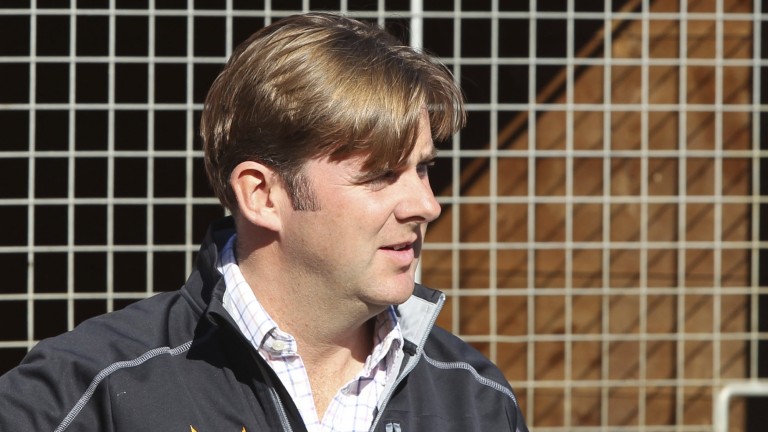 In a remarkable case of lightning striking twice, leading bloodstock agent Alastair Donald recorded a Group 1 brace with two horses-in-training purchases at Flemington on Saturday - the second time he has sourced two Group 1 winners on the same card.

Redkirk Warrior, a seven-year-old son of Notnowcato acquired privately by Donald as an unbeaten three-year-old, retained his crown in the Newmarket Handicap over 6f before Harlem, the 520,000gns sale topper at the 2016 Tattersalls Autumn Horses In Training Sale, secured a breakthrough win in Group 1 company in the Australian Cup over 1m2f.

The impressive double comes seven years after Viva Pataca landed the Hong Kong Gold Cup and Dim Sum edged out victory in the Chairman's Sprint Prize at Sha Tin in February 2009, the latter another sale topper bought by Donald for £100,000 at Doncaster when he worked for the Kern/Lillingston Association.

"It was nice to wake up to that," said Donald. "Redkirk Warrior has a fairly extraordinary story. When we bought him, we certainly didn't envisage him becoming a Group 1 sprinter."

Redkirk Warrior, known then as simply Redkirk, won twice as a three-year-old for William Haggas, defeating subsequent Pattern scorer Agent Murphy in an Ascot handicap before Donald purchased him to go to Hong Kong. 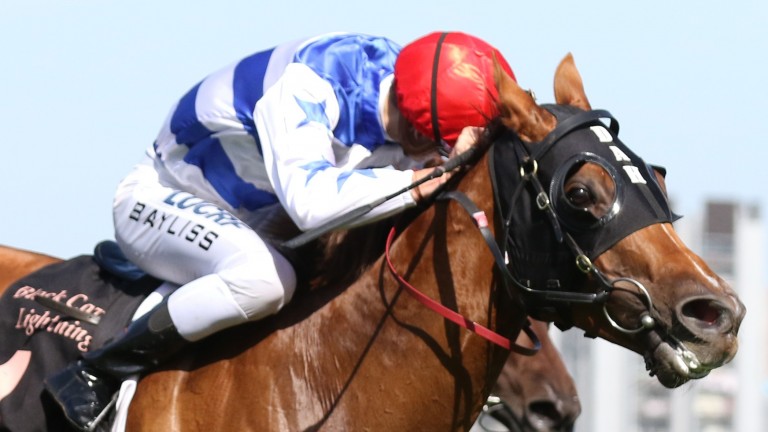 Redkirk Waririor: recorded a third Group 1 win and second in the Newmarket Handicap at Flemington on Saturday
Vince Caligiuri/Getty Images

A switch to the Lindsay Park Stable of David and Ben Hayes and Tom Dabernig in Australia ultimately brought about a revival and he made a winning return almost two years later in a Group 3 at Sandown Hillside - his first test over less than a mile.

He continued to show marked improvement over sprint trips and he followed up on his next start in the Newmarket Handicap, seeing off Voodoo Lad by two lengths, and he has now won both starts this preparation - his second win in the Newmarket on Saturday preceded by victory in the Black Caviar Lightning Stakes last month.

Donald said: "It sounds like the Diamond Jubilee is the plan, which would be quite a story in itself - the last time he was running at Ascot, he was running over a mile and quarter.

"You'd have to think he would have a very good chance. He's already won there, although over twice the distance, and he's traveled before and run successfully in England, Hong Kong and Australia.

"He'd be an exciting prospect to see at Ascot - I don't think the ground will trouble him and he's quite versatile, he's won from behind and he's won from in front.

"Nowadays he seems to be a straight-track specialist and maybe that's because he had a wind-op and he's better going in a straight line. He's definitely not as effective in Sydney as at Flemington. Obviously he went round a corner in Ascot and Hong Kong very successfully, but he seems to like straight tracks now."

Harlem, meanwhile, justified odds of 60-1 to win the Australian Cup, completing a Group 1 double for Donald and owner Edmund Lee. The son of Champs Elysees was a Listed winner in France for Andre Fabre, before his date with the auctioneer at Tattersalls.

"He was very good on his first start this season and then things didn't quite go right for him, and he came back with a cough after his last run. He probably benefited from a very good ride and a slight bias up the rail. I'm glad it's worked out for him.

"He had the pedigree to suggest he was going to be a better older horse. Those types of horses fit well into Australia - he was versatile in terms of ground and how you could ride him. I believe the underbidder wanted to go jumping with him!" 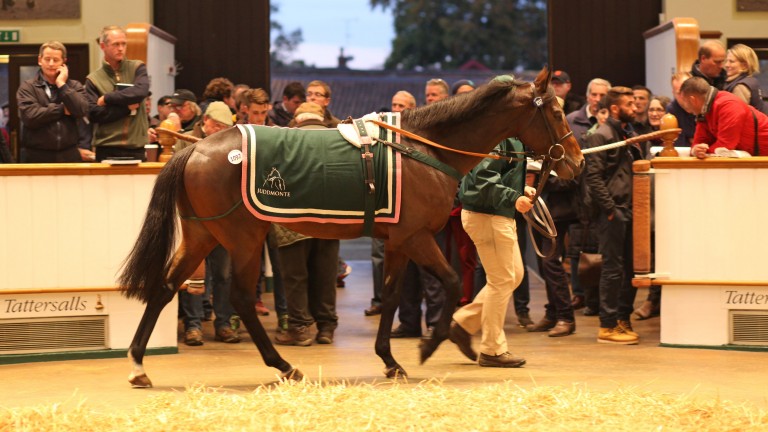 Harlem is led around the rings as he sells for 520,000gns at Tattersalls
Laura Green/Tattersalls

Donald has enjoyed a fruitful association with Lee, for whom he also unearthed the 2015 Australian Cup winner Spillway.

"We've had some nice horses with [Edmund Lee] in Hong Kong before," added Donald. "We had Group 3 winner Packing Llaregyb and Group 2 winner Packing Whiz. He also has Fifty Fifty and his family has had a lot of success owning horses."

Asked about the now jumps-oriented sires of Redkirk Warrior and Harlem, Donald said: "Peter Stanley wrote that letter in the Racing Post about commercial breeders veering away from breeding middle-distance and staying types of horses. This is a classic example of why people should still do it, albeit Redkirk Warrior is winning over sprint distances.

"It's a shame horses like Champs Elysees, Rail Link and recently Mount Nelson are not commercial enough for breeders to use them enough, because they can produce proper horses."

FIRST PUBLISHED 12:25PM, MAR 12 2018
It was nice to wake up to that - when we bought him, we certainly didn't envisage him becoming a Group 1 sprinter