Zoffany set to reap the rewards from his fabulous freshman season 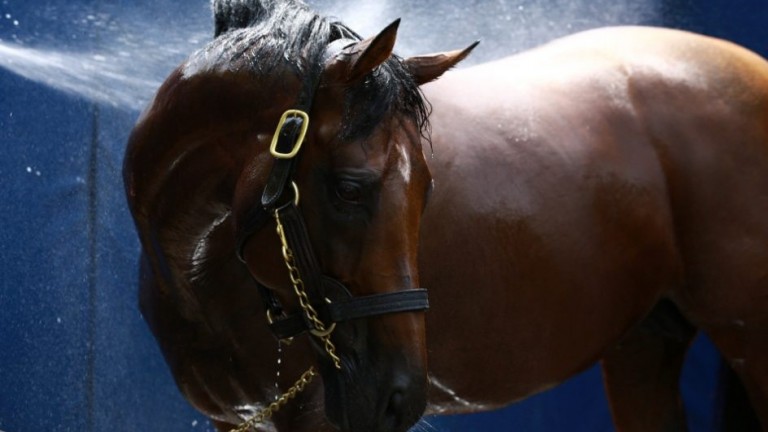 Zoffany: supplied a hat-trick of Royal Ascot winners in his first juvenile crop
Coolmore
1 of 1
UPDATED 3:53AM, JAN 2 2019

So often in the bloodstock industry, to predict the future you need to look to the past. When it comes to working out which sires might have a big year ahead of them – particularly with their two-year-old runners – it is necessary to travel back to 2015 to recall which achieved great things and earned a fee increase and corresponding upturn in book quality in the following breeding season, when the coming year’s juveniles were conceived.

Few sires made a bigger breakthrough in 2015 than Zoffany, whose freshman crop yielded more than 30 winners including five who struck at black-type level, three of those – Illuminate, Washington DC and Waterloo Bridge – coming at Royal Ascot.

Another of those stakes winners was Foundation, who at the end of the season was still considered a live Classic prospect for 2016 despite finishing third to Marcel in the Racing Post Trophy.

Foundation could not make his mark at Group 1 level, but that year Architecture finished second in the Oaks at Epsom and the Curragh and Ventura Storm filled the same position in the St Leger, while Knife Edge took the German 2,000 Guineas.

Zoffany’s bright start was all the more commendable for the fact that his debut crop was bred off a €7,500 fee at Coolmore.

The price had risen to €12,500 in his fourth covering season in 2015 – before those first-crop representatives had even run, due to their popularity as yearlings in the sale ring – but that was increased again to €45,000 for 2016 after the sire's freshman exploits.

Architecture, Knife Edge and Ventura Storm had to carry the torch for Zoffany in his sophomore season as, remarkably considering what had happened in the preceding year, the sire’s second crop yielded just one juvenile stakes winner. And that came in a back-end Italian Listed contest courtesy of Opinion Maker.

There were no two-year-old stakes winners among Zoffany’s third crop in 2017 and it was left to first-crop offspring Washington DC and Wilamina, along with sophomore son Afandem, to fly the flag in top-tier racing for the stallion that year.

ZOFFANY - THE FACTS AND FIGURES

Another price cut was applied, with the stallion advertised at €25,000 for the 2018 breeding season.

Zoffany was back to form over the past 12 months, with Who’s Steph taking a pair of Group 3 Classic trials and no fewer than seven juvenile stakes winners headed by the Group-winning fillies Coral Beach, Fleeting and Main Edition.

That age group also included Graignes, who looks a live Classic prospect for Yann Barberot after finishing a close third in the Criterium International.

Coolmore have held Zoffany’s fee at €25,000, which might be considered a fair bet in light of that decent showing from his 2018 juveniles and those better-bred crops waiting in the wings.

He had by then been identified as a worthy outcross for Galileo mares and covered 32 of the Coolmore phenomenon’s daughters including Starfish and Starship, the dams of juvenile Group 1 winners La Collina and Rivet.

Nineteen lots sold for six-figure sums, headed by the €325,000 half-brother to Irish Derby hero Latrobe knocked down to Suzanne Roberts and the 240,000gns colt out of dual Listed winner Bahia Breeze knocked down to the Hong Kong Jockey Club. 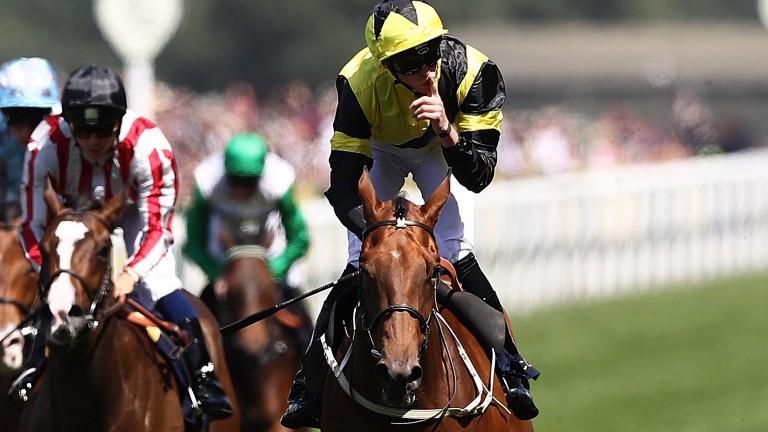 Main Edition: a flagbearer among Zoffany's crop of two-year-olds in 2018
Bryn Lennon/Getty Images

Among Zoffany’s two-year-olds who have already been named and assigned to trainers are Besides, a filly out of Beshayer with Henry Candy; Big City, a colt out of Cheshire Oaks winner Anipa with Saeed Bin Suroor; and Lord Warburton, a half-brother to the useful pair Miss You Too and Vitruvian Man, with Michael Bell.

A good few homebreds for Coolmore and their associates will presumably turn up in Aidan O’Brien’s string at Ballydoyle, especially as Coral Beach and Fleeting served as a timely reminder of their sire’s powers to the trainer last year.

Coral Beach, who took the Group 3 Killavullan Stakes on her 13th start, and Fleeting, who figures prominently in betting lists for the 1,000 Guineas and Oaks after her May Hill Stakes win, are particularly effective advertisements for Zoffany.

Saif Ali’s Main Edition – who landed the Albany Stakes and Sweet Solera Stakes for Mark Johnston – is also just the sort of broodmare prospect coveted by Coolmore (and, indeed, by all breeders).

With that upgraded juvenile crop and some exciting three-year-olds to represent him, it looks like being a big season for Zoffany and he could be in line for another fee increase next year.

One interesting footnote to the sire’s tale is that he is the only significant member of the 2012 intake to the British and Irish stallion ranks still covering Flat mares on these isles.

His contemporaries Canford Cliffs, Dick Turpin, Dream Ahead, Frozen Power, Lilbourne Lad and Roderic O’Connor have all been moved on, while Elusive Pimpernel and Pour Moi have been sent increasing numbers of jumps mares and Poet’s Voice has sadly passed away.

Compare with the class of 2011, of which Equiano, Fast Company, Hellvelyn, Lope De Vega, Showcasing and Starspangledbanner are still standing, in all senses of the word.

The attrition rate of stallions failing to make the grade can be quite brutal, making the annual rush to use unproven names all the more incomprehensible.

That said, the rags to riches stories of Zoffany and Showcasing illustrate why young sires are so beloved by breeders. Using horses such as those in their second and third season is akin to scooping a lottery jackpot when it comes to selling their offspring in the afterglow of racecourse success.

The far from vintage crop of 2012 serves to remind there are far more losing tickets than winners, though.

The heroes hiding among the 2018 stallion statistics

FIRST PUBLISHED 6:21PM, JAN 1 2019
Zoffany?s bright start was all the more commendable for the fact that his debut crop was bred off a ?7,500 fee at Coolmore