Zebedee, sire of Ivawood and Magical Memory, dies at stud in Australia 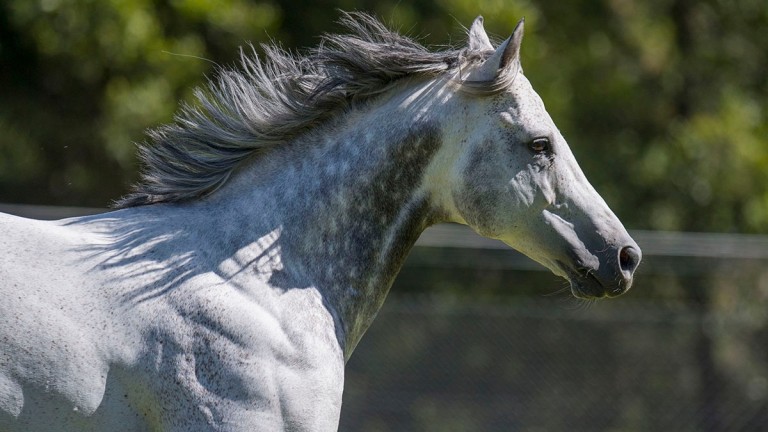 The son of Invincible Spirit, who was 11, sustained an injury in the breeding shed in September which led to a rapid decline in health.

A statement by Cornerstone Stud released to its website last month said: "Sam Hayes [managing director of the operation] made the decision to suspend Zebedee from stud duties following an awkward dismount from a mare in late September.

“Regrettably, that dismount appears to have aggravated a previously undiagnosed level of ataxia and Zebedee had regressed quite noticeably in the last two weeks, losing his full range of motion and some control in his hindquarter.”

Bred by Hascombe and Valiant Studs out of the Listed-placed Cozzene mare Cozy Maria, Zebedee was bought by Peter Doyle for 70,000gns from Book 1 of the Tattersalls October Yearling Sale and was trained by Richard Hannon snr for Julie Wood.

He proved one of the fastest two-year-olds of the 2010 Flat season, winning six races including the Dragon Stakes, Molecomb Stakes and Flying Childers.

At the end of his juvenile season he was retired to Tally-Ho Stud in County Westmeath, and stood there until 2017 when he took up permanent residence at Cornerstone Stud.

Zebedee's progeny record is led by Magical Memory, winner of the Duke of York Stakes, Abernant Stakes, Hackwood Stakes and Stewards' Cup; Ivawood, successful in the July Stakes and Richmond Stakes and placed third in the 2,000 Guineas; and Barraquero, the lightly raced winner of another Richmond Stakes.

In all, Weatherbys credits Zebedee with 251 winners from 487 runners in Europe who have earned more than £7.6 million in prize-money. He was the leading first-season sire of 2014 with 31 individual winners by the end of the year.

Hayes said: “I'm extremely grateful for the support that Zebedee received from breeders both here in South Australia and also across the country since his arrival in 2015 from Tally-Ho Stud in Ireland.

“He was a beautiful stallion, with a wonderful character and placid demeanour. He was a farm favourite and his early departure has certainly been felt by those that worked alongside him on a daily basis.”

Zebedee has been laid to rest alongside Hussonet in the grounds of Cornerstone Stud.

Ghaiyyath's brother steals the show as Godolphin go to €1.2m

FIRST PUBLISHED 6:59PM, NOV 21 2019
He was a farm favourite and his early departure has certainly been felt by those that worked alongside him on a daily basis