2,000 Guineas third Lucky Vega is likely to head to the Irish equivalent next 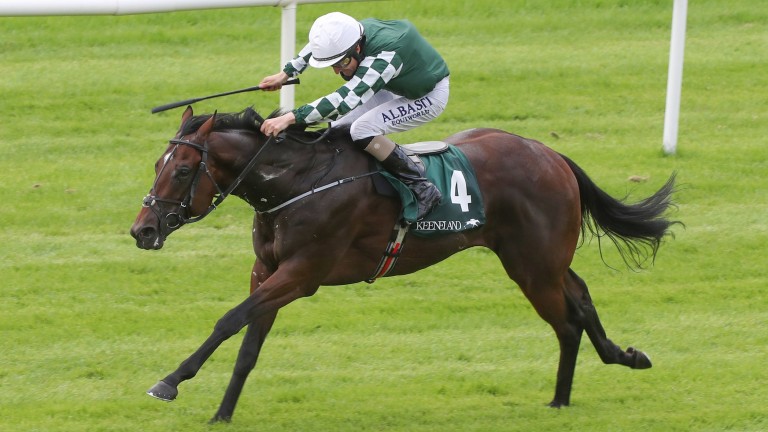 The Yuesheng Zhang-owned operation also revealed that Blue Diamond Stakes winner Tagaloa, the first son of Japan’s heir apparent to Deep Impact in Lord Kanaloa to go to stud in Australia, would stand at an introductory fee of $33,000 at the Nagambie farm.

Written Tycoon, meanwhile, on the verge of a possible maiden Australian general sires title, will stand for a career-high $165,000 as the star stallion prepares for his return to Victoria and first season at Yulong Stud.

After winning on his debut at Naas as a juvenile, Lucky Vega went on to take last year’s Group 1 Phoenix Stakes at the Curragh.

Trained by Jessica Harrington, he subsequently finished fifth in the National Stakes and second in the Middle Park.

He is set to follow up his excellent comeback effort behind Poetic Flare on the Rowley Mile by contesting the Irish 2,000 Guineas at the Curragh later this month.

Yulong chief operating officer Sam Fairgray is looking forward to the arrival of the son of Lope De Vega and said: "He's a super looking horse, with a lot of strength and quality about him and a beautiful head. We are really excited to have a horse of his calibre join the roster this year.

"Lope De Vega has been a fantastic sire and to be able to have a Group 1-winning two-year-old son coming to Australia to stud is fantastic.

“He’ll be popular with that sireline, as we have seen it excel down here."

Written Tycoon, who stood at Arrowfield Stud last year, trails the pensioned Not A Single Doubt by just A$152,723 in the race for the 2020-21 sires’ championship, with a margin over I Am Invincible and four-time title holder Snitzel.

"With his racetrack performances and what he has been able to achieve in the sales ring, Written Tycoon has justified his positioning among the leading stallions in Australia," said Fairgray.

"It's fantastic to have a horse of his quality here at the farm and there is certainly a lot of excitement here. We are really looking forward to the breeding season with him.”

Last month, Yulong pulled off a coup to secure the rising 19-year-old stallion, the sire of Group 1 winners Ole Kirk, Pippie and Odeum this season, after reaching a deal with then majority shareholder Sheriff Iskander to have Written Tycoon relocate from Arrowfield Stud back to Victoria this year. 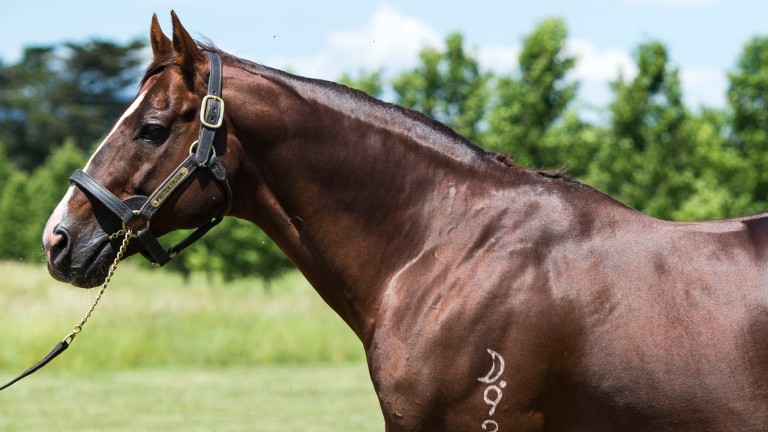 Written Tycoon: standing for a career-high fee of $165,000
Bronwen Healy

The Trent Busuttin and Natalie Young-trained Tagaloa was officially retired after the All Aged Stakes at Randwick on April 24, but his fee had not been confirmed until now.

Cantala Stakes winner Yulong Prince, who also won at Grade 1 level in South Africa, as previously announced will stand for A$9,900 in his first season at stud, while Alabama Express’ fee of A$24,750 remains unchanged in his second year at stud.

Yulong’s foundation sire Grunt will also stand for an unchanged fee of $13,750 in 2021, his third year at stud.

“We have a diverse roster, with stallions at multiple price points and at different stages in their career.

“We look forward to welcoming breeders to Yulong to check them out in person.”

FIRST PUBLISHED 4:53PM, MAY 3 2021
He’ll be popular with that sireline, as we have seen it excel down here